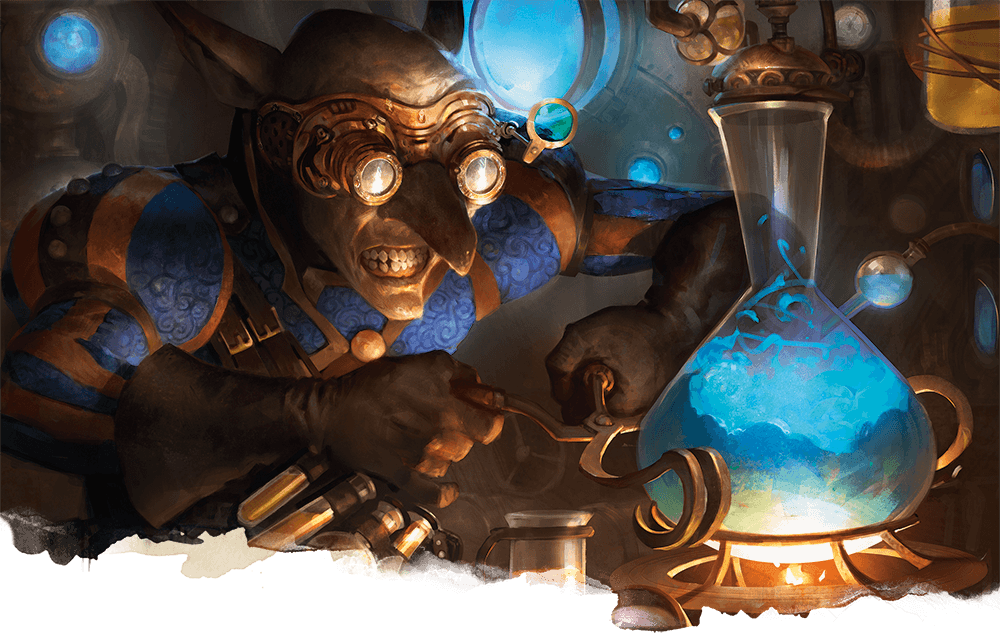 Welcome to my page. I love brewing decks, learning more about the game, and helping newer players. If you would like me to take a look at a deck or brew something up feel free to leave a comment or shoot me a PM; upvotes and feature tokens are appreciated but not necessary.

SirQuixano all excellent suggestions. I definitely think you should! I'm really curious as how this elephant will scale into normal edh. Best of luck to you though.

Metroid_Hybrid - though I can appreciate the meme, I think the real message everyone is trying to send is learn to take the L and grow from it.

Oh man I totally forgot about the dwarf! I believe the Korvald discord was raving about him for days. Though its probably just the magecraft mechanic it'll definitely see play. Though I think going forward it definitely limits design space.

Got a spicy Rootha brew for you.

The removal in this set is going to make draft/limited very hard to navigate but I'm glad we're getting new efficient toys.

Boros getting more support is always a good thing - I'm very exhausted hearing about how white and boros never get anything cool. I'm hoping the spirits and extra combat dragon mitigate those articles/threads a bit.

I'm expecting Wandering Archaic Â Flip to be in things like Animar, Rakdos and Belbe.

Had to brew up this elephant! I definitely see this guy scaling as wizards slowly starts adding more non-combat oriented toys to red/white. Figured out how to make infinite spirit and can do infinite damage :) though it's a lot of moving parts.

I'm actually rather surprised with the power level of this set. Nothing is partners/urza good but loads of good removal and gimmicky cards most commander players will find a home for.

Multiple times. The uncommon legends that have been coming out post domineria are very HIT and miss - I've brewed up a pauper edh Dina, Soul Steeper and can assure you it can do more than just beats but it does beats well too. Check out the compendium on here for some nifty ideas :) you may even find what you're looking for.

This was what was implemented at my lgs because of the prize for the commander tournments was so heavy. You do not want someone choosing the order in which people lose - leads to a lot of scumbag tactics and feel bads. Basically, the winner would ascend and the remaining players would Duke it out but were still on a timer.

I don't think this goes too well with casual groups just shuffle up and play another game. The game has come to its conclusion - even if it's a degenerate combo; if you're not a fan of alternate win conditions or combos just voice that to your group or perhaps find a new group with a similar approach to the game.

So, griffstick you'll probably beat me to the punch on all of the Strixhaven brews but I'm going to try my best to help you flesh out the commanders for this set :)

So, cards like Pongify and Ravenform aren't eliminating a threat entirely - its usually making them smaller and the person on the receiving end still has a clock. These cards still feel very blue - at least to me.

KibaAlpha thanks! Hopefully your build turns out well :)

griffstick same to you! Looks like we both had the urge to build the same thing. I'm planning on brewing up all of the uncommon legends from this set. I wonder if we'll make the same ones again lol.

I may have beaten you to it but our builds are fairly different. :) looks like you took a more aggro direction. Mine can swap gears but its definitely a combo deck at its' core - which is a bit rough in pauper.

Said on Minotaurs are too â¦...

The beef battalion tribe definitely suffers from a lack of support. With jumpstart we got Sethron, Hurloon General who's probably the best option for tribal - honestly I'd wait a few more sets before trying to put it together. Haven't looked at the list yet but things like Mana Crypt , Mana Vault , Chrome Mox , and Jeweled Lotus are what I've been finding speed decks up the most. Alternatively, rituals like Dark Ritual , Seething Song and Desperate Ritual could help but they're all one shot - so, if you blow your load and get met with removal you'll be set way back.

Well, I'm finally getting around to Strixhaven Brews and I came up with a spicy one today

Dina Aristocrats - if you're looking for a golgari lifegain style combo deck look no further!

Covid has put a damper on numbers - or at least that's what wotc claims and booster boxes aren't going to be up for sale at wpn stores after this set.

I bought into the war of the spark Japanese booster boxes for the alternate arts - big mistake. With the exception of pre release foils and foil versions of the walkers the value of those cards is poop.

If you invest in anything mtg related only do reserved list. The only new product I've been buying has been supplimentey sets/commander products and masters sets. Everything else had a terrible ev and hasn't rubberband back.

Said on Constantly getting focused â¦...

I'm personally a fan of building a more degenerate deck than the table and just pubstomping him and scooping but I'm petty.