-3: Create a 4/4 white Angel creature token with flying and vigilance.

-6: You get an emblem with "If you control a creature, damage that would reduce your life total to less than 1 reduces it to 1 instead." 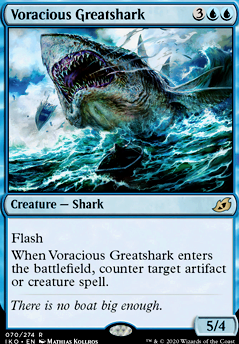 Here's Daretti, for War of the Spark.

Artifacts in your graveyard have "Exile this card: Add ."

+1 Discard any number of cards, then draw that many minus 1.

-5 Until end of turn, you may cast artifacts from your graveyard.

Rotating hand gimmick, ramp in Rakdos, massive card advantage if he ults. He's a pretty low-tier Planeswalker, so I kept him at the 2-ability level. He's also thematically appropriate; Taking advantage of the mass wide scale destruction during WAR.

Give Serra the Benevolent a new Planeswalker card fit for Commander. Keep her mono-white, and incorporate a flavorful method to draw cards.

DemonDragonJ on Serra, the Defender

It is great that WotC finally made a card of Serra, Serra the Benevolent, but, given her prominence and fame in this game, I found that card to be rather underwhelming, so I wish to create a card that I feel better portrays her power and status, as seen, here:

+2: creatures that you control get +1/+1 and gain flying and vigilance until end of turn.

-3: create a 4/4 white angel creature token with flying and vigilance.

-7: you get an emblem with "as long as you control a creature, you do not lose the game for having 0 or less life."

This card is very similar to the current card that portrays Serra, but with several key differences; first, I increased her mana cost to balance her increased power, because I feel that it is weird that she has a lower mana cost than does one of her angels. Second, I increased her starting loyalty to match her increased cost. Third, her first ability now benefits all creatures, since the first ability of her current card is too narrow, forcing players to use a specific strategy. Fourth, I increased the cost of her final ability but also made it more powerful, since the previous emblem was simply too easy to bypass.

What does everyone else think of this card? How is it?

Angelâs In The Outfield