Enchanted creature gets +1/+1 and has lifelink and "Whenever this creature deals combat damage to a player, draw a card." 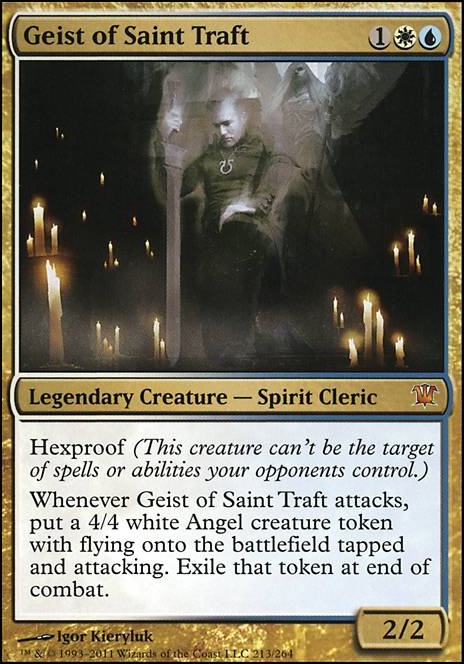 Bruna Light of Alabaster
by ZorKi

I Get High With a Little Help From My Friends

Mick-Tis those are great suggestions, thank you. Staggering Insight is already in the deck, but I am going to find ways to slot the others in. Any cut suggestions?