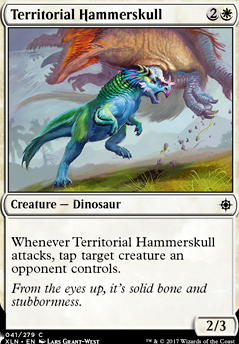 Polaris on Multiple copies in play of â¦

Triggered abilities start by specifying a time (whenever, at the beginning of, etc), and then say to do something. These abilities go on the stack if their trigger event happens, and if they have a cost you pay it while they're resolving. For example, if you have an artifact come into play while you control Era of Innovation , it will trigger. When the trigger resolves, it gives you the option of paying . If you do, the rest of the effect happens. You can't pay multiple mana bacause you can't just use triggered abilities at will, you have to instead set up the event they're looking for.

I forgot to mention: Royal Assassin would be a good way to thin the tapped herd.

Attack Me But Don't Hurt Me UwU

Not Needed But Food For Thought:
Quest for Renewal & Royal Assassin