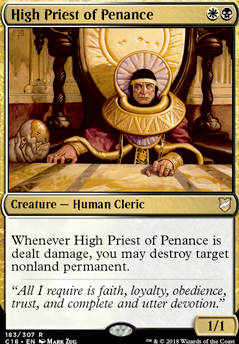 Whenever High Priest of Penance is dealt damage, you may destroy target nonland permanent. 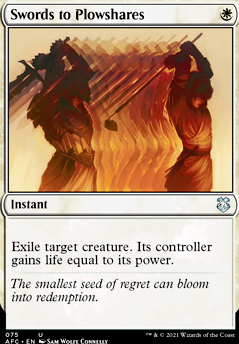 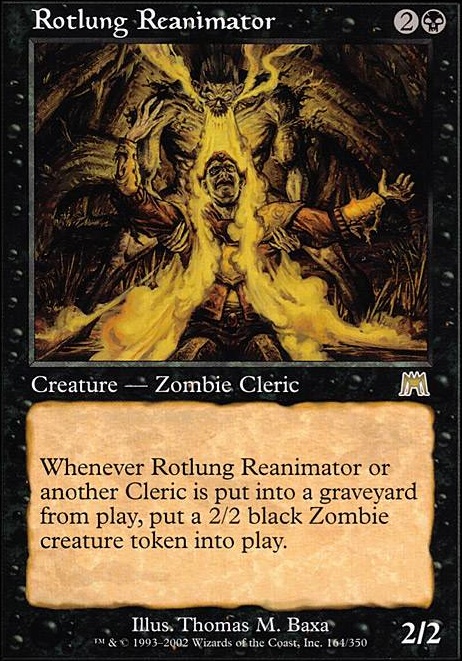 Last_Laugh on What are the best defensive â¦

Boros Reckoner and High Priest of Penance are both great defenders.

TheVectornaut regardless of what direction i go in, High Priest of Penance and Vizkopa Guildmage are two cards that I really like. Im leaning more in the direction of exile and destruction.. do you have more ideas on that?

Grind Orzhov Basilica is a great idea since it increases the available mana and guarantees a land drop! I feel as if Command Tower might be better for a deck with 3+ colours, but it's still appreciated.

I'm definitely aware that Famished Paladin can seem initially underwhelming, but when I cast Resplendent Mentor with Marauding Blight-Priest and Famished Paladin already on the field, I can just win the game outright (through tapping Famished Paladin for life, which then untaps for infinite lifegain and ping if blightpriest is on the field). Generous Gift is also pretty interesting, although I can recur High Priest of Penance especially with the methods that you told me about. The cards that you mentioned there are very interesting, I'll keep them in mind for the future.

I absolutely agree with you about Twilight Panther , it's more of a filler card. Luckily for me, I got Commander's Sphere from Commander Legends, so I can just slot it in as I'm typing this.

I'm really happy that I got all of this advice from you, thank you!

Nice build! I love Orzhov colors; that's my favorite archetype to construct in.

I have a pretty nice Exile-based deck using Athreos here you can look at if you want some ideas:

One thing I would point out is definitely High Priest of Penance who combos amazingly well with Athreos. I use 4 High Priests and 4x Midnight Charms so I can self-activate them at Instant speed, and it's proved to be an extremely devastating and reliable combo.

The High Priest is possibly one of the most evil chump-blockers conceived in my opinion, and he's not a high-dollar card to order singles of in case this is a Physical deck and not an online build of some kind. He's probably my favorite card to complement Athreos in my entire build.