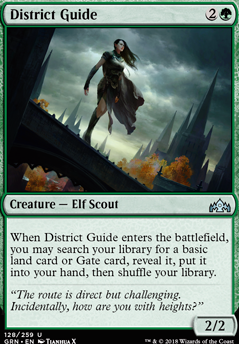 When District Guide enters the battlefield, you may search your library for a basic land or Gate card, reveal it, put it into your hand, then shuffle your library. 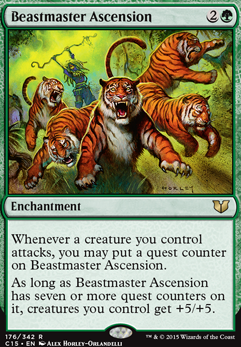 Pedo Mellon a Minno (Say friend and enter)
by xram666 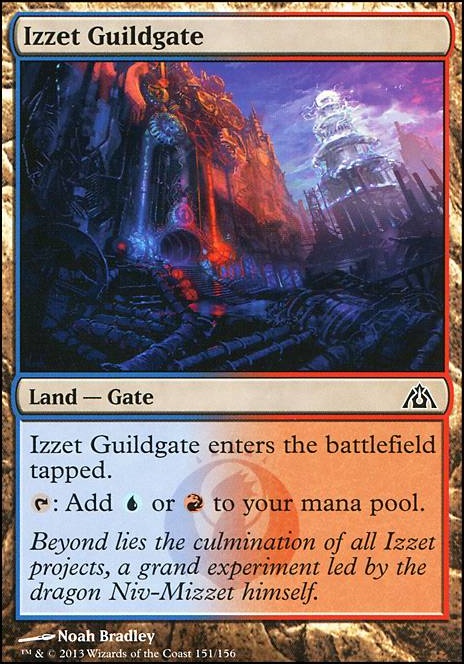 Out of curiosity, why would you have District Guide over a card like Sakura-Tribe Elder? Cards that put lands onto the battlefield are better than ones that put them into your hand, because it can mean you play multiple lands a turn (one from your hand, and one with the card). I would drop District Guide for Sakura-Tribe Elder or at least Wood Elves.