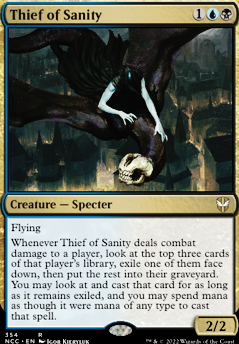 Whenever this deals combat damage to a player, look at the top three cards of that player's library, exile one of them face down, then put the rest into their graveyard. You may look at and cast that card for as long as it remains exiled, and you may spend mana as though it were mana of any colour to cast that spell.

Lots of exile
by Dutchy0312

Oona, Queen of Mill
by Littlelangy

One of the most recent Ravnica sets (a few years ago) printed Thief of Sanity, which is probably an upgrade to your Spector.

Outside of that, i think youâre running too few lands, and not enough 1-mana cards. Your deck looks like it needs to hit 3 mana on time, so iâd suspect you need 22-23 lands minimum. And, you really need more things to do turn-1, otherwise youâre risking effectively starting 1-turn behind your opponent

Thief of Sanity is too control like. So I replaced it with Maddening Cacophony. I guess this is another mill. Also Traumatize is back in sideboard now.

Deadshot5459 on New hubs to be added

Steal should be a hub, between historic cards like Thief of Sanity, or Siphon Insight in standard. There way more of those type cards, both in legacy, historic, standard, and others (probably). It should have its own thread, plus it's kinda hard to classify those decks, without a steal hub. Possibly names could be "Steal", "steal deck", and others I'm open to suggestions.

Here's my thoughts, based on (casual) experience with a similar deck:

As wallisface and zapyourtumor mention, you need more low-cost spells. Your 1-2 mana slots should be the typical control options, which they listed some good options for.

If you want to keep the mill cards, it's possible to mill for profit. This lets you pull the best cards from your opponent's graveyard with cards like Geth, Lord of the Vault and Beacon of Unrest. This won't be as fast or reliable as a dedicated competitive mill deck, but there's a different focus here. Thief of Sanity fits in this deck as well.

As a final thought, consider diversifying your mana base. You don't want to be stuck unable to activate a cool effect because you can't pay .

In my experience, theft decks are far too slow and unreliable for anything remotely competitive, but they do create some good stories at the casual tables. Above all, good luck, and have fun!

And I know these Cards well...

Viscera Seer is an excellent sacrificer and Thief of Sanity is "fun"!

I'm going to analyze them along with the two new editions that came out recently.

Ravenous Chupacabra is a nice budget option. Running more sac outlets, if you're looking for them, can be good to reusing your creatures. Viscera Seer is a nice cheap option. Thief of Sanity is a fun card that's not too much money. 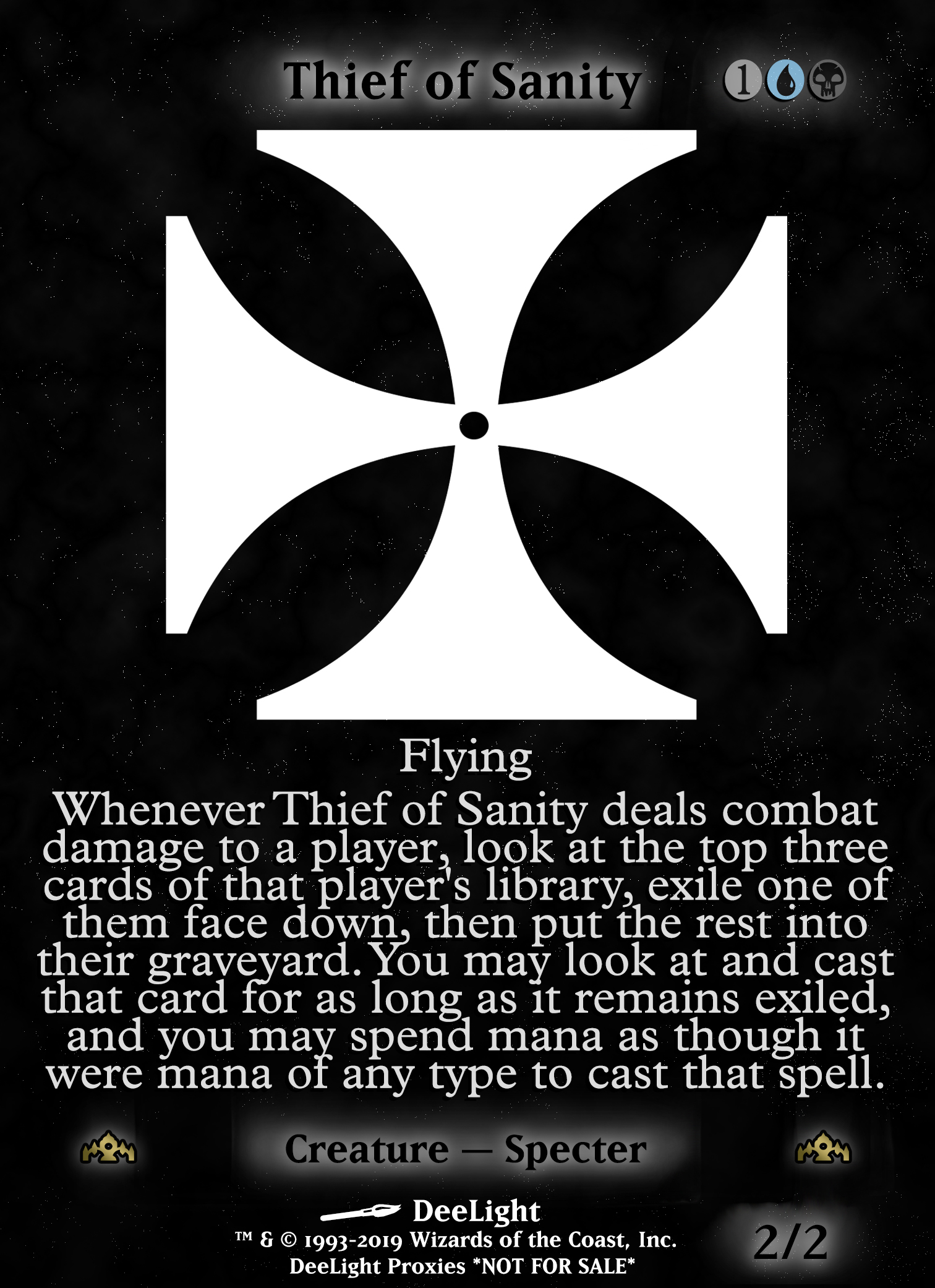