If a player would draw a card, that player skips that draw instead.

At the end of each turn, each player sacrifices a permanent unless he or she discards a card. 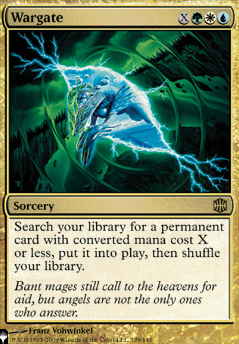 Mine is Possessed Portal

Platinum Emperion should work fine in a control deck as long as you can protect it.

im currently using it with Platinum Emperion using it with Unmarked Grave is a pretty good set up. Possessed Portal is a crazy card but i wouldnt know how to build around it.

Nice list! Really cool combos etc. 2 ideas if youâre interested in locking down the table (as long as your group doesnât mind). Uba Mask is a great way to keep everyone hellbent, Possessed Portal as well but its a load of mana. Also, Contamination + Bitterblossom can be a game breaker. How has this deck worked out for you so far?