Create a token that's a copy of target creature you control.

Quasiduplicate occurrence in decks from the last year

Karona and the beasts
by JasonWheeler123 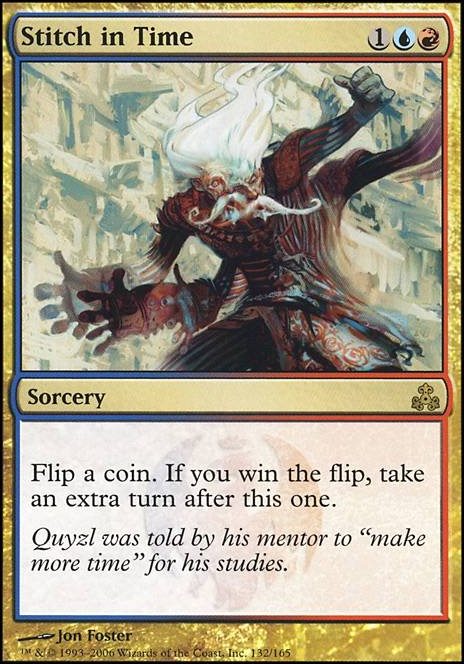 A Game of Clones
by Wizno 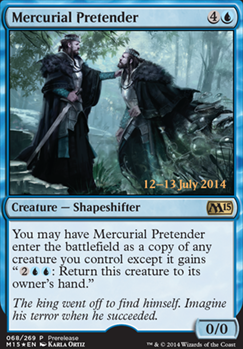 What do you target with Quasiduplicate?

king-saproling Dude, thank you for catching the Tribute Mage thing! I was trying to avoid having a confusing board-state with copy engines like Zada, Hedron Grinder or Beamsplitter Mage so I will trying leaving them out this iteration. Dockside Extortionist and Peregrine Drake look like too much value for me to pass on. I'll probably pull in Cackling Counterpart over Quasiduplicate and either Murmuring Mystic or Docent would probably help my survival rate. I was torn on Knowledge Pool, it doesn't trigger if I return the spell to my hand... is there something I'm missing?

Quasiduplicate is nice with the graveyard and clone theme, and fetch lands are not just pretty much edh staples, but they are also great with cards like Muldrotha, the Gravetide. Blade of Selves is a very nice card, which is a possible win with Etrata, the Silencer, another card I'd suggest. It also wins with Biovisionary. A similar effect is Araumi of the Dead Tide, which can be really powerful. Both need Sundial of the Infinite or Discontinuity to make it a reliable win, but you have to wait a few turns. I wouldn't suggest any of those cards seriously, but if you want to add more stuff to them to make that an actual wincon (extra turns, etc.), it could be interesting. Another theme is entering the battlefield, which is really strong with clones because you can do it again with your clone. Yarok, the Desecrated would be a good card in that direction, as would Panharmonicon. Some blink effects would be nice, but not having white takes away some of the best ones. Gyruda, Doom of Depths can go crazy by cloning it and getting more clones, or blinking it with Thassa, or doubling it with Yarok. I agree that you need more lands. This deck looks very interesting!