Flying When Balustrade Spy enters the battlefield, target player reveals cards from the top of his or her library until he or she reveals a land card, then puts those cards into his or her graveyard.

DEATH IS ONLY THE BEGINNING
by ram21995 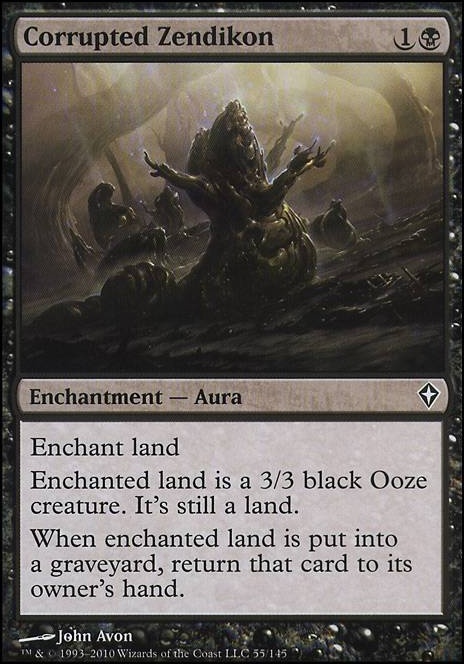 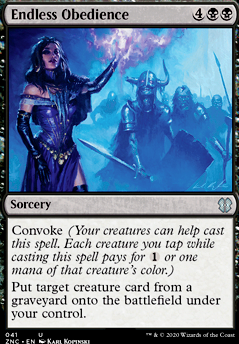 Lazav, AKA Mr. Steal Your Girl. And Guy. And Arti-
by Felin 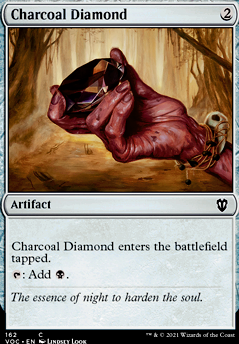 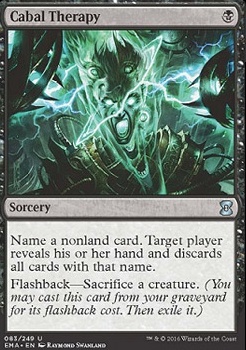 Gattison The pay offs you just mentioned for black actually synergize with the Cleansing Wildfire and Geomancer's Gambit in that by helping our opponent search up lands we leave them with less lands and make both Destroy the Evidence and Balustrade Spy mill our opponents for more. Black also has the diverse Befoul for land or nonblack creature removal. Another cool idea is to lean into your Psychic Venom and also run Contaminated Ground so that you can really make their spells cost them.

I totally get what you're saying about playtesting in a vaccum and not wanting to make people play against it a bunch XD - that makes building ponza all the more difficult! love what you'v

taylorfisdboss: Hmm, yes, fair point. Part of my reasoning behind them is to make this degenerate paunza deck a bit more ... idk "fun?" It's harder to playtest in a vacuum, and since it's pretty douchy, I don't really wanna subject my playgroup to a bunch of playtests either.

Silverbluff Bridge is a good idea though, I'll get some and make that swap. It's always good to have backup plans.

You did make me reconsider my approach here though. I searched for cards that might have better synergy, but there are no pauper cards that care about your opponent's lands LTB or ETG. There is however Roiling Terrain and Destroy the Evidence which got me re-strategizing. If I add black and things like Duress and Balustrade Spy... and Dark Ritual... but then... Hm.

B&R Announcement today and it's a doozy:

Omnath, Locus of Creation is banned (from suspended).

Field of the Dead is banned.

Oko, Thief of Crowns is banned.

Lurrus of the Dream-Den is unbanned.

Also, Cascade has been changed so that it only works on the side of dfc/split cards that is below the casting cost of the cascade card.

Thoughts on this everyone?