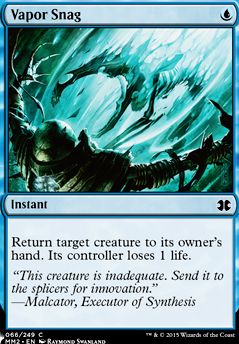 Vapor Snag occurrence in decks from the last year

UR Tempo
by James13 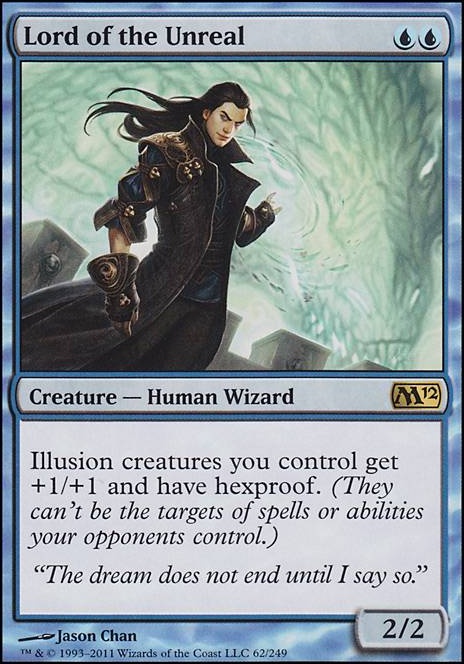 Small update for anyone who cares: - Sprite Dragon has been absolutely fantastic

I like Stormwing Entity a lot personally. I also like Light Up the Stage, but Serum Visions is good too. Vapor Snag and Risk Factor are unconventional choices, but might work out (the latter being better than the former imo)

Hey just a small suggestion but maybe switch Vapor Snag with Brazen Borrower. It is not a merfolk but adds some more treat density. Also don't get bullied into playing old versions of merfolk, Cursecatcher is no longer what merflok does or needs. You probably already know Nikachu but he is a pretty good/well known merfolk player.

Clashboy15, thank you so much for all you suggestions, and especially your thoughts behind them. Sprite Dragon seems right up this decks alley. The fact that it is a 1/1 does hurt though, it makes it a reaally easy target for removal. I'll test them for sure though!

As for the mana base, my budget won't allow me to buy any of those lands right now, but eventually I'll try to smoothe out the lands. For now, the 4 Shivan Reefs will have to do, because I've played tap lands before and they were detrimental to the deck.

Dismember is a fantastic card, and can easily be sideboarded in for Mutagenic Growth. Definitely don't want to run both at once though, with the painful manabase and all.

My own meta doesn't have much graveyard decks, but I do think 2 copies of Tormod's Crypt in the sideboard would be nice.

Vapor Snag is great indeed, but I don't think I'll be adding more than the 2 copies that the deck already has ;).