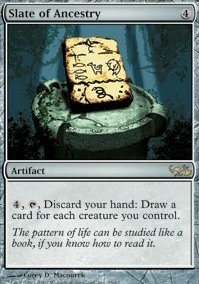 , , Discard your hand: Draw a card for each creature you control.

Slate of Ancestry occurrence in decks from the last year

May I suggest Slate of Ancestry