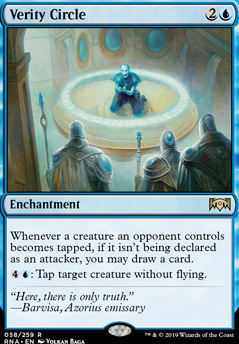 Whenever a creature an opponent controls becomes tapped, if it isn't being declared as an attacker, you may draw a card.

Verity Circle occurrence in decks from the last year 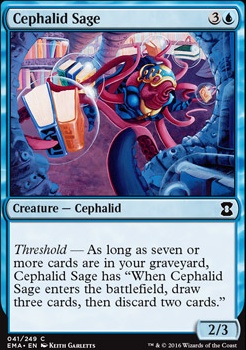 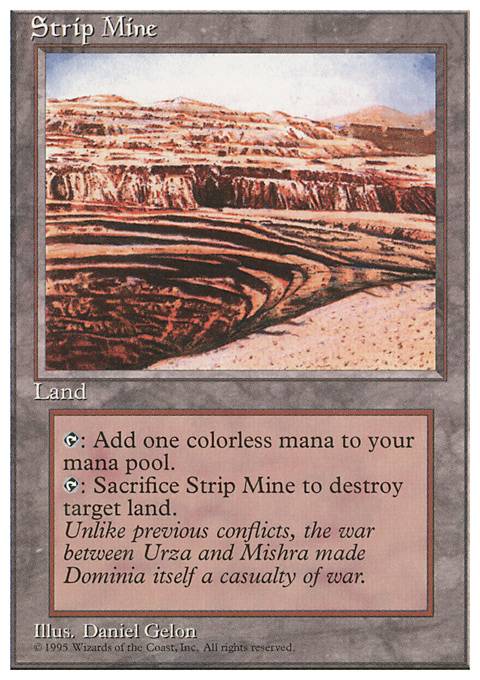 Porkules Thanks for some great advise. I really like Verity Circle for this. I'll find some space for that. The main reason I am running Cloudkin Seer is so Thassa can pick him up and set him down each turn to draw a card and trigger Nadir Kraken/ Otherwise I don't like it much either. I am open to any suggestions for blue creatures with ETB effects that might be better, but I prefer a creature to Omen of the Sea

This is probably the first mono-blue deck I've ever made. This is mostly for casual play in paper, but it is going to be playing against a few strong decks and I don't want it to get blown out.

So, if this is a more paper standard, best of three type deck, good card advantage that's cheaper than the cloudkin seer is Omen of the Sea and if you need alternate wincons, try taking out up to two copies of the Unsummon and replace it with some Octoprophet (3/3 for 4 and scrys 2. subjectively better than the cloudkin), Thassa's Oracle , or possibly a seven drop in Kiora Bests the Sea God . I am working on a mono blue devotion deck, and the Altar of the Pantheon is a really good ramp and lifegain source for this. I am also running only one Serpent of Yawning Depths instead of two, and instead 4 Thassa, Deep-Dwelling . Im used to playing mono blue and dimir artifacts or stompy more than anything in Bo3 and Bo1. If you really want that Stinging Lionfish to be a value engine, why not think about some Verity Circle for card draw. Id play 2 or 3 max and then nothing but instants and cantrips like you already have. I would also rather run Wavebreak Hippocamp over cloudkin. Dunno why I dislike the card so much, but I do.

@king-saproling Glad to hear you enjoyed the deck and thanks for the suggestions. I havenât actually touched this deck in over a year now, but now might be the time to dig it back out. There is also a good chance Iâll be upgrading the super budget to normal budget (lol, almost all the mana rocks I included are over a dollar now).
I like the little tap theme you suggested, I think it fits quite well and being able to cash in with Verity Circle give the deck a solid reason run with it.
I didnât even know that a rebel aura existed, Iâll definitely try it out along with Crib Swap.

The deck is cool (the primer is pure comedy, lol), but I think it draws too little cards. I'd definitely add Mystic Remora and also Verity Circle, paying cumulative upkeep won't be a problem for the first one and, with a bunch of mana, tapping stuff and drawing cards looks legit on the second one.

Since you have 24 creatures also Finale of Devastation will come through with solid ones.

Thassa's Oracle seems like a great add due to its versatility as a combo and value piece. Definitely going to be an addition to the deck

Leyline of Anticipation is a generally good card but since Thassa's ability triggers on your end step, I think that you would want to play most of your good etb creatures on your turn, effectively removing most of the value of it.

Gilded Drake is an overall great card for blue, but it is quite expensive and it doesn't interact with our flickering due to it leaving our control when it enters. But, it might be able to work in the deck simply because of how strong its ability is. Honestly, I think that having it is up to your preference of the card or if you care about cost or not.