You may cast Necromancy as though it had flash. If you cast it any time a sorcery couldn't have been cast, the controller of the permanent it becomes sacrifices it at the beginning of the next cleanup step. 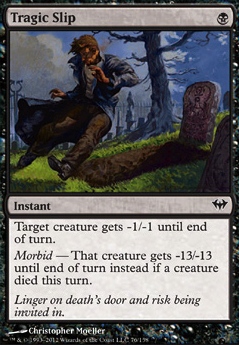 When it comes to reanimation targets, you want creatures that function identically to spells. Removal spells, draw spells, etc. That way you can go all-in on the reanimation strategy while also pulling off interaction at the same time. With that in mind...

Solemn Simulacrum for ramp and draw

Worldgorger Dragon goes infinite with Animate Dead, Dance of the Dead, and Necromancy very easily. Then you have infinite mana to do stuff with. It's worth the price tag and is a wincon in reanimator cEDH decks.

Tendershoot Dryad/Avenger of Zendikar can take over boards. They aren't all that cheap, though.

Phylath, World Sculptor can make tons of tokens and is more budget friendly

Vilis, Broker of Blood is surprisingly budget, and takes over any game

Sepulchral Primordial/Diluvian Primordial are like spells on big sticks

Any of the eldrazi that shadow63 mentioned

I'm mostly familiar with mono-red reanimator because of my commander Feldon of the Third Path. He would work great in a reanimator deck, too. Especially one with lots of creature-based shenanigans. Also, Chainer, Nightmare Adept

is great at reanimating. He also gives Korvold haste and any creature you have in hand (provided you discard it and cast it from the yard).

I hadn't thought of Hermit Druid, but I'm not sure he would do enough with the current mana base. I will keep it in mind for once there are less basics.

I had Dread Return in an early draft, but I like the reanimation enchantments and Necromancy would be the next reanimation spell if I add more reanimation.

Razaketh, the Foulblooded is a great suggestion, I will try to find a place to fit him in.

As far as the buff strategy on Devoted Druid goes, I would probably go with enchantments over a spell again. So Carapace, Street Savvy, and Web would probably get in before Wax. (I just found out about two of those cards while doing a search because I forgot what Carapace was called.)

Looks like a standard casual build. I'll reccomend running Nature's Claim, Assassin's Trophy, Blood Artist, Lesser Masticore,Footsteps of the Goryo, Protean Hulk, Apprentice Necromancer, Necromancy, Animate Dead, Dance of the Dead and Mikaeus, the Unhallowed - though a few of these I'll only suggest running them if you're looking to up the power like hulk and mikaeus the unhallowed

Thanks for the writeup. Was interested to see the combo potential of Vilis as I just incidentally got a copy of him to throw in one of my decks. I don't have many suggestions fortunately as I am not much of a cEDh player. Maybe Withering Boon or even Deathgrip (Veil of Blossoms? I am sure there are plenty more trouble green cards too).

Sudden Spoiling because sometimes you just need to freeze the stack.

Terrain Generator to dump extra lands to the field.

If you aren't keeping a ton of creatures around then maybe lean in to black's specialty in boardwipes. Toxic Deluge seems like a great choice.

Dark Confidant works wonders if you are confi-dent in your life gain. Of course there is always Phyrexian Arena and/or Dark Tutelage.

Definitely think the deck could use some more recurssion loops somehow. I don't know of the combos in monoblack but it can't be too hard to break Gray Merchant of Asphodel with something like Necromancy.

Love the list and I will be watching as you tweak it.