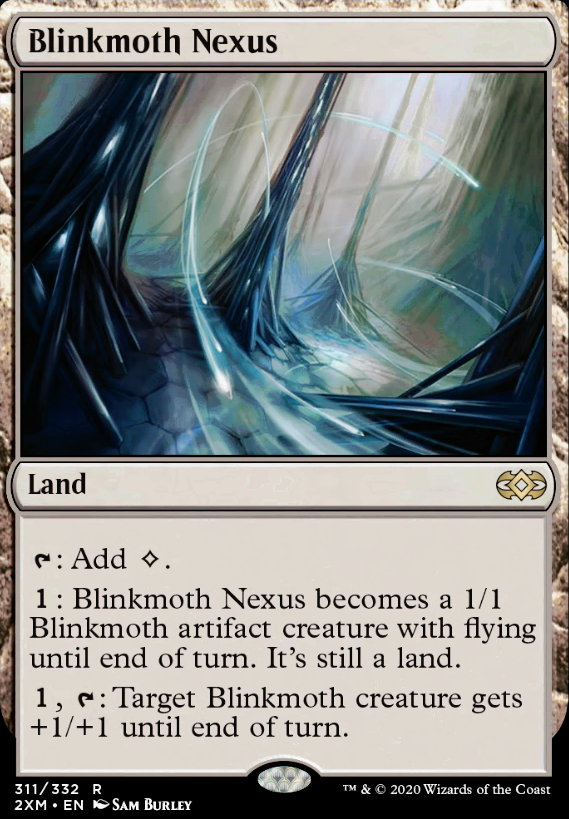 : Blinkmoth Nexus becomes a 1/1 Blinkmoth artifact creature with flying until end of turn. It's still a land.

Blinkmoth Nexus occurrence in decks from the last year 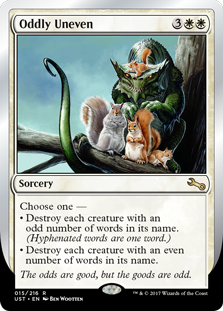 Livio and Tana's Landscaping
by JankDivers

cfost827 You don't lose too much consistently without Scrubland. It shouldn't matter. I've tried Smothering Tithe a few times, and it's decent, but it's too slow for me personally. I'd include it with Revel in Riches if I wanted that package or if your meta is heavy blue/draw oriented. I also wouldn't skimp on Ophiomancer. I underestimated her at first, but if you play a few games of her, you'll see just how much value she pumps out with sac outlets. I play Blinkmoth Nexus because it's cheap sac fodder at best and a colorless land that can chump block at worst. However, the cool thing about aristocrats is that there's so much redundancy that any few cuts likely won't matter. You can customize the deck to your liking, especially since it's hard to say what's the absolute best. This isn't cEDH after all.

Awesome, thanks for the feedback Masterful! I think another reason is that I'm not running Scrubland since I just don't want to spend the money for it currently. Maybe in the future! But I'll try replacing Aria Mesa to start with a plains.

Also, have you ever considered adding in Smothering Tithe? It's usually just an EDH staple and my buddy thought it can never hurt to add it (Unless you play tested it already of course). Blinkmoth Nexus or Ophiomancer were 2 cards that I was thinking of possibly replacing..but we shall see.

Although, I do think about lines of play where we have Mutavault in play alongside Blinkmoth Nexus.

If an opponent attacks with a 2/2, we could activate muta and then target it with blinkmoth and give it +1/+1 so we could block with a 3/3 Muta. It's more common of an occurrence than dealing 20 damage over multiple turns with a single Muta. So we could end up seeing that interaction in maybe 1/10 games vs a full 20 damage win in 1/100 games. So in that regard, Mutavault is certainly something to consider, not as a full fledged alt win-con but just as a built in layer of defense that can help us survive a bit longer and then pull off the combo sooner. That might actually be worth the extra $1 a piece vs Inkmoth Nexus.

Hi. Nice deck. And a great input for my own Deck which is more on the budget side.

I have found two errors in your discrition. You use Blinkmoth Nexus instead of Blinkmoth Infusion.