The next time a source of your choice would deal damage to you this turn, prevent that damage. If damage is prevented this way, Deflecting Palm deals that much damage to that source's controller.

Blinking Breya for Fun and Profit
by Dangerwillrobinson79

But theyâre not synergistic at all. Your wizards have stuff like Prowess, that want you to be casting a lot of spells, but also spells on your turn - neither of which you can do reliably.

Your countermagic wants to be mana-efficient, and backup up by card draw and board-control - none of which is happening.

Boros Reckoner has no real payoff here (i.e Blasphemous Act) - youâre relying on your opponent doing something stupid. Deflecting Palm synergises with nothing, being unhelpful for both wizards & control.

You may have a few cards that interact with each other, but generally youâre trying to do waaay too many things at once, with many of those plans directly stifling your other cards/interactions.

As said before, my suggestion would be to pick a lane for your deck to be in, instead of trying to do 3 things at once. But you seem to be against making this list cohesive, so iâm not sure how else i can help here.

alexjustdoit Ah, i see what you're talking about, but even though Reflect Damage counts only one source, if something hits multiple objects/players at the same time, the source still the same, like Blasphemous Act, and all the damage will be redirect.

I think the difference between Reflect Damage and Deflecting Palm is that "Redirect all damage" part and that Reflect doesn't prevent the damage, bypassing "damage cannot be prevented" cards, since it's a replace effect.

Either I'm misunderstanding you, or you may have a misconception about Reflect Damage - it only counts one source. It is a 5 cmc Deflecting Palm - is it not? If thats what you want, then fair, just wanted to make sure you weren't thinking it would stop multiple instances of damage.

In my decks like this (I have 3) I rarely need more than 1 or 2 Deflecting Palm type effects so I find that between Palm, Boros Fury Shield, and Mirror Strike, its kinda all covered.

griffstick on Could someone kindly explain to â¦

Yea she is the commander for Comeuppance effects, Deflecting Palm effects, Delirium effects. This is how I see it built the same most often. That's not how I built her. She doesn't give you a obvious direction to build. I have built her 3 times.

I've built her as mardu good stuff with everything having deathtouch. With the idea of losing the monarch being advantageous, to use the deathtouch tokens, as fodder for Attrition effects or Vampiric Rites Type cards.

Then I built her as monarch tribal. Basically all the benefits of being the monarch with fancy recursion and protection effects.

And the last way I built her was superfirends with a huge removal package. And a combo that uses Blasphemous Act + Vicious Shadows to kill the table if I never get to my plaswalkers ults 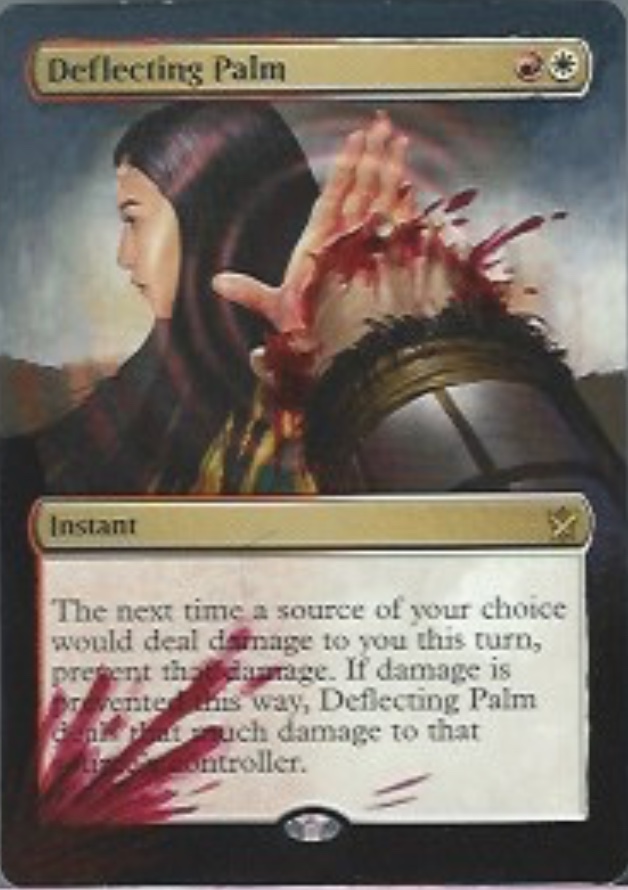 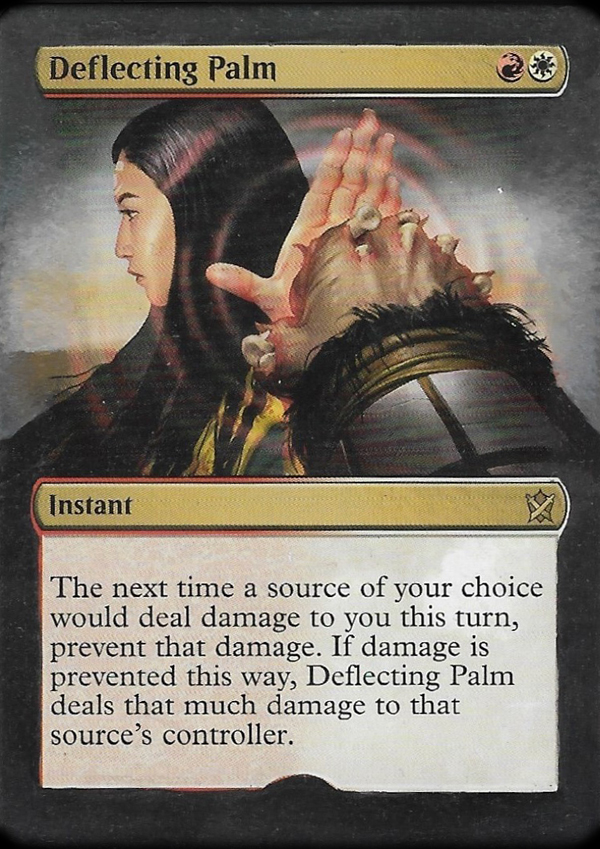 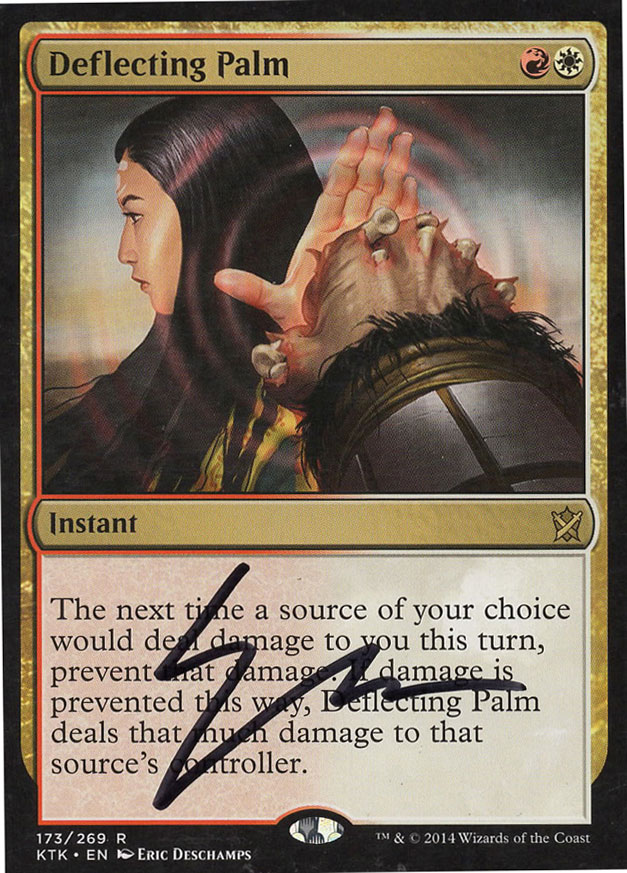