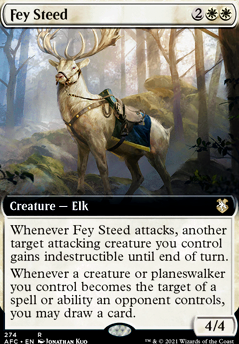 Sorry it took longer to respond than I intended. I love the premise and have a couple suggestions.

I don't know if you want to get heavy into combos or not, but if you do, a buddy of mine has an awesome deck you should check out. It's a mono green deck that plays like a blue deck. I can throw you a link if you'd like.

rwn1971 I'm still trying to stick to one of each creature type, so the fact that Scavenging Ooze and Prowling Serpopard share types with Lotus Cobra, Temur Sabertooth, and Acidic Slime means they're off the table for me, but they're all fantastic cards for sure. I've only made two swaps recently, cutting a basic forest for Boseiju, Who Endures, and finally cutting Junk Winder for the awesome New Capenna card Shield Broker. I'm keeping my Ruin Crab for now, as it distracts and draws the hate away from my commander. I'm also keeping Deadwood Treefolk around. It's true that it's sometimes a dead card, but when its good its VERY good, and as the only piece of recursion, it's staying for now. The next card on my radar for a potential cut is Alchemist's Refuge because i don't think I've ever used it's ability in a game. This list is mana hungry, so while this card is good in theory (especially with Pathbreaker Ibex, which I'm still running), it hasn't done anything for me in games so far. I'm also keeping Primordial Sage, despite how tempting those Spirit Dragons are... I might change it up later, but the sage has saved me a few times now.

Rigo is so fancy

TypicalTimmy on The Greatest Of All Time!

The sheer lack of Pathbreaker Ibex in this thread frankly astounds and saddens me.

Looks like a fun a powerful deck. I think it could use some consistency upgrades. Meaning, more ramp spells and card draw spells. Honored Hierarch is another human that ramps, but also Cultivate or Kodama's Reach would look really nice here and ramp right into Kyler on curve. Any other 2 or even 3 mana ramp spells would probably fit in nicely. Just having a couple more would probably help the deck enact its game plan more consistently.

For card draw, the list of options slims down. Some ideas for Human specific options could be Laid to Rest or Vanquisher's Banner. Otherwise, its mostly your average green draw spells focusing on playing creatures or drawing cards for having one creature or many creatures on the field. Maybe Garruk's Uprising would be good with Kyler pumping your team drawing cards for new creatures entering the battlefield and providing trample.

Don't forget about the MDFCs from Zendikar either. A lot of the green and white ones work will with +1/+1 counters or having lots of creatures. You could probably afford to trim a basic or two for these.

Finding some cards you could consider trimming to make room for some of these ideas is the hard part. My first check was to see if there were any effects that you had a lot of that could be scaled back a bit. Then, I wanted look at the non-human cards and see if there was anything that could be removed there.

The two things that stuck out from the over-saturation category was targeted removal and lord effects. I think your removal suite looks really good. It is well balanced in terms of the kinds of threats it can answer and all the removal is either flexible or well suited to the deck. I just think you could afford to trim back one artifact/enchantment removal piece. You have 5 in the deck. Most of them are attached to humans which is nice. I would think about which piece is the worst and swap it for a ramp spell.

The lords category has more things to trim. Since Kyler provides this effect for you I don't think you need to worry as much about having a large number or lords in the 99. It is always a good idea to have some back-ups when your commander is removed a lot, but I think there are a few too many. I would focus on keeping the ones that are humans, of course, and the ones that can provide additional effects or abilities. Pathbreaker Ibex and Mirri, Weatherlight Duelist, while providing really cool abilities, don't synergize with the rest of your team as well. Also, Dawnhart Wardens' buff just isn't as impactful as the others and has some amount of fail rate. There are even more that you might consider trimming back on later, but those are the first few that really stick out to me.

The last card I want to talk about is Hardened Scales. While writing this post I kept finding myself wanting to talk about +1/+1 counter synergies and cards that would work well with that strategy. However, there just aren't all that many cards in the deck that care about counters. However, Kyler caring about them is good on its own so a card like Hardened Scales is worth including for that reason alone. I think its possible that you could include a few more counters matters cards and additionally add in a few more cards that put counters on all your creatures.

I hope some of these ideas are helpful and I hope you have a good time with this deck. Again, it looks fun and powerful.

Hereâs mine: I think it fits, it ramps using Hogaakâs characteristics, itâs a recursion and best of all the effects are in a creature. What I like the most is that it can do instant speed recursion tricks I used to go away with Pathbreaker Ibex and Kessig Cagebreakers since I need to wait for it next turn or have haste but now we can do it EOT of opponent. Another reason why I like it is that it can easily bring back Hogaak once resolved: (Cast Ruthless Technomancer > Sac Hogaak for treasures > Recur other creature using technomancer > Convoke for Hogaak.) The ability to recur multiple creatures also makes it a good creature combo enabler. 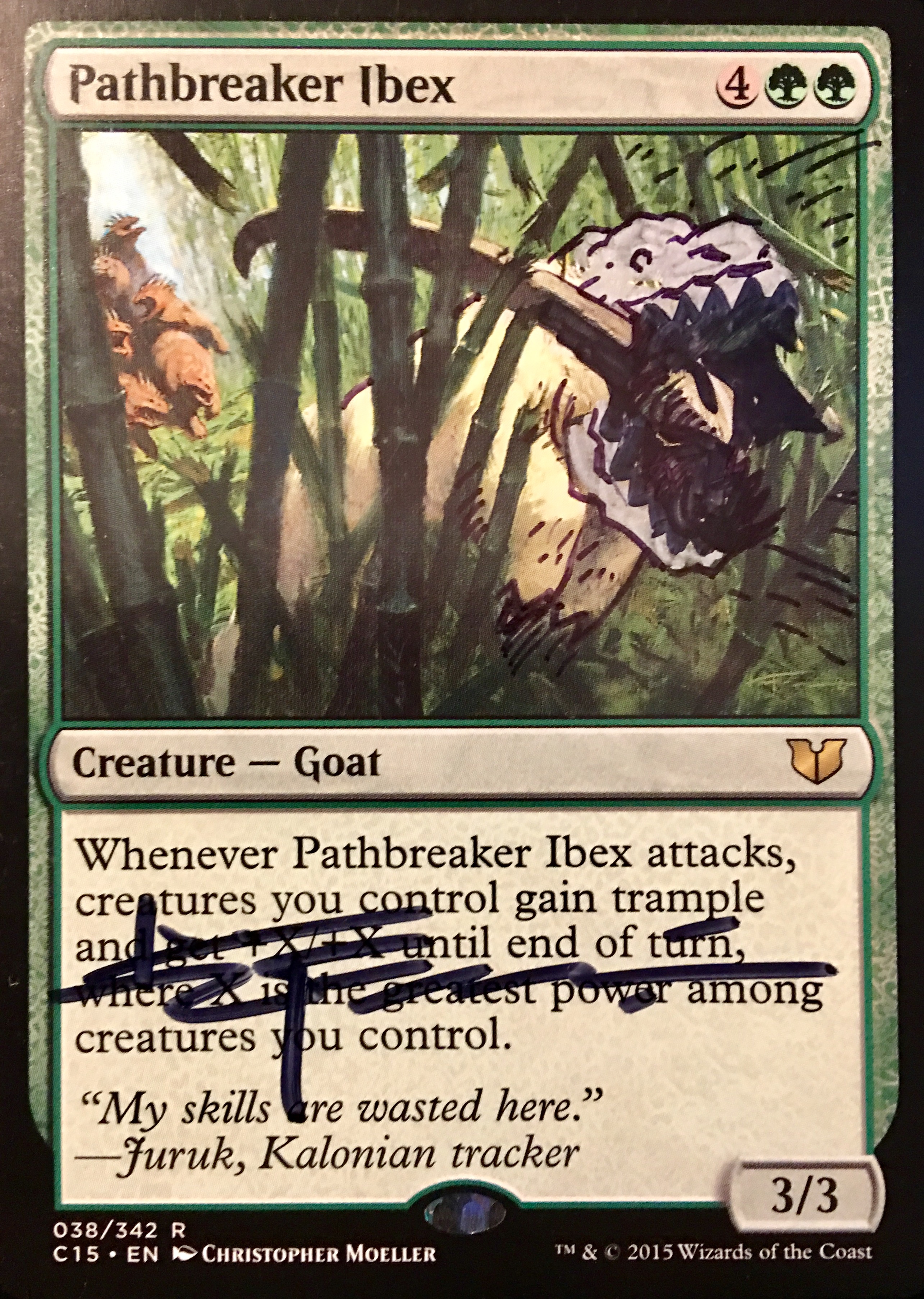 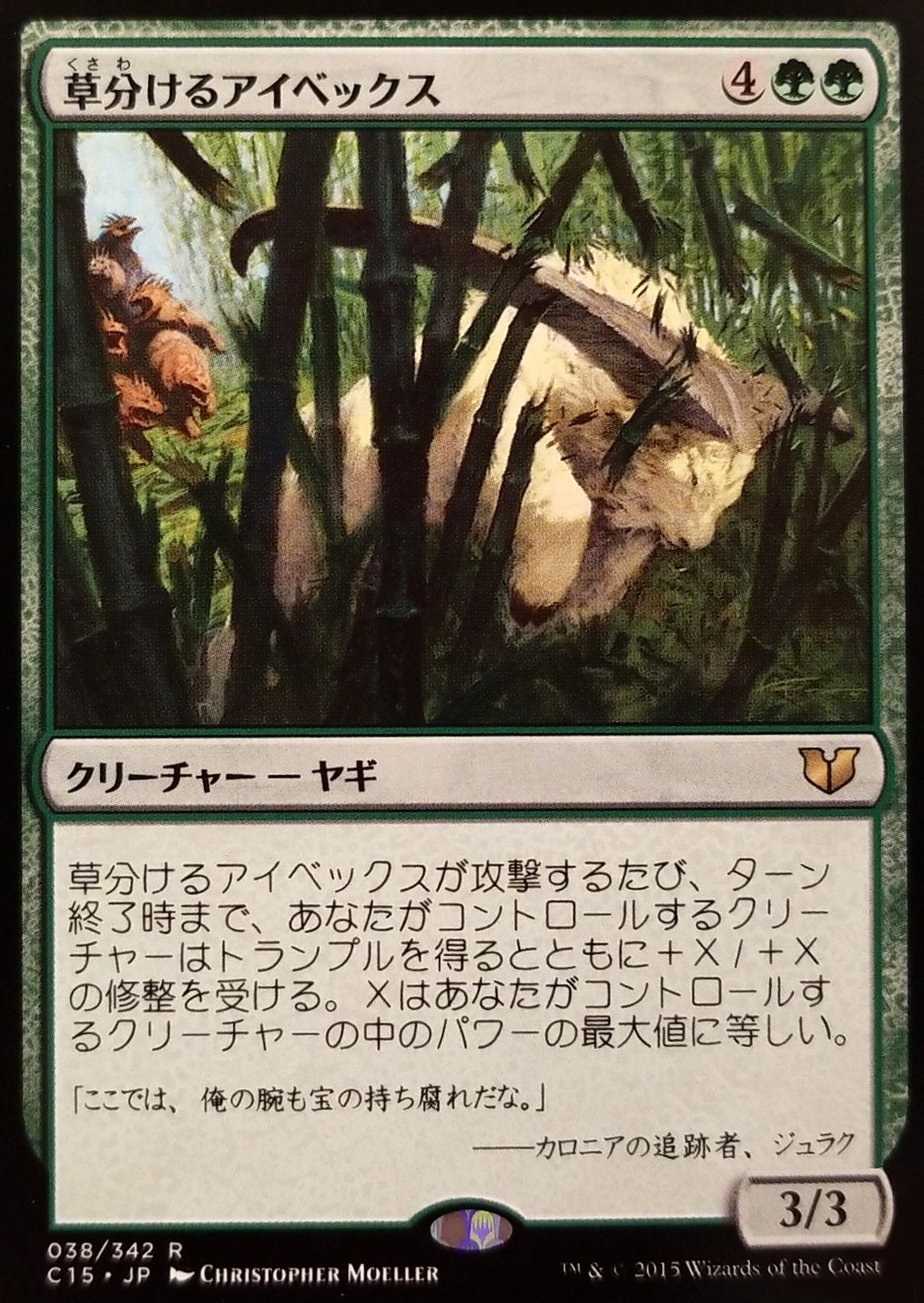 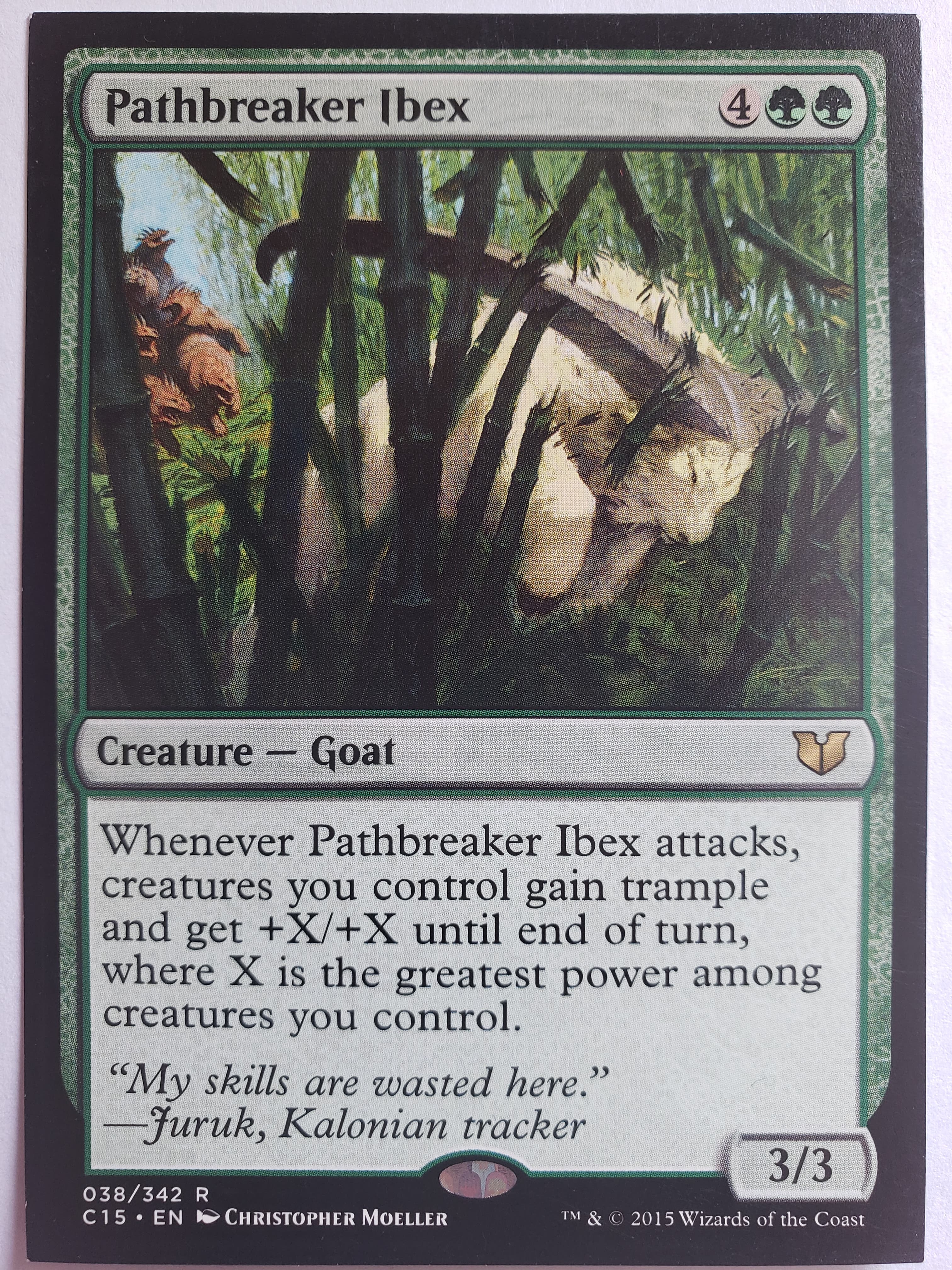