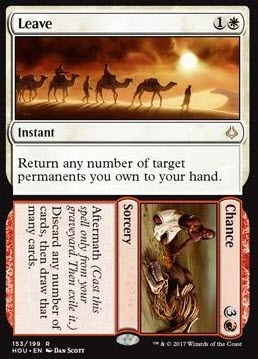 Return any number of target permanents you own to your hand.

Discard any number of cards, then draw that many cards. 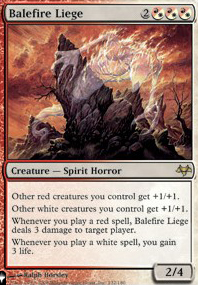 Feather, The Redeemed
by MGlBlaze

I love theme decks like this. Fun to play with, fun to play against. You might like Surreal Memoir in here; 3 token triggers on one card. Leave / Chance has some good synergy here too.

You should also consider making a competitive, stax/combo version of this deck that makes games a miserable grind. Then you could call it: An Elephant Never Forgives.

Exploration is definitely something in mind for the deck, when funds allow. I think Faith's Reward + Wilderness Reclamation are great stand alone suggestions, but in tandem they're a great combo! Definite add. Leave / Chance is the only one I'm not hot about. I think once I get Reinforcements & Noxious Revival they'll make this card a little redundant. I'd be more inclined to look at Heroic Intervention or Unbreakable Formation , I think. Some blanket protection is definitely a good call!

When I first started brewing Naya, Mayael the Anima was the very first General I gravitated towards before choosing Gishath. Can't wait to check it out, and thanks again for the great suggestions! :)

Hi!! Really love your deck so far, as you mentioned, it's still a work in progress, but I think you've got a great shell to build on so far. Many improvements I would suggest to "improve" the Dinosaur package are creatures that you've mentioned so far in your maybe board, which is good. I am also pleased to see you playing Smothering Tithe which is one of the best cards in the EDH format to be introduced in ages.

I strongly recommend Exploration if you have it. This is another great tool for ramping early on, as well as Wilderness Reclamation , which I think is great as well. The only tricky thing with running Gishath, Sun's Avatar as your commander, is that while he does dump a lot of dinosaurs onto the field, they have to survive until your next turn in order to be used for an attack. For this reason, effect like Faith's Reward or Leave / Chance can save you from wipe, or indestructible effects like rootborn defences, running a slew of spells doing either would increase the decks potency, I think.

Overall, great deck! +1 and I wish you luck with it in the future! If you want any other ideas, here's my Mayael the Anima deck, which might contain some other ideas to help you out.