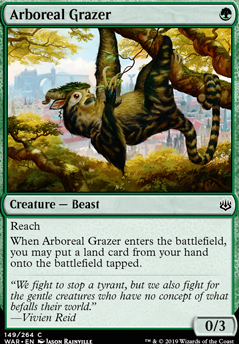 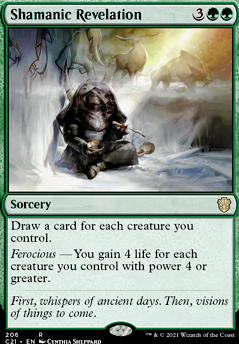 Lands of Alara (Golos Lands(More than just gates))
by EpicBox75 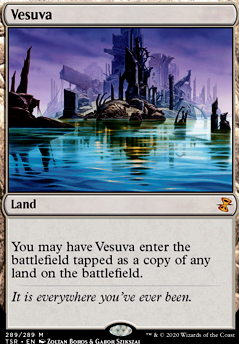 How do you feel about Arboreal Grazer ?

I feel like this kind of list has a few silly options - Mold Shambler bounce to lock someone off lands, a Essence Symbiote / Migratory Greathorn mutate subtheme or Slaughterhorn as a combat trick. If splashing another colour, cards like Crusher Zendikon or the RG riot beast.

Still, with beasts being printed every few sets this feels like something that is going to suddenly get an efficient option and be really good.

Very nice! I have some suggestions, though I have no idea what to cut.

Keep in mind that I've never played commander outside of my own house, so take these suggestions with a grain of salt. lol

I_Want_To_PlayAllTheDecks that's true, but I'm not playing a deck that only uses filter lands. I'm using these filter lands as a last resort to playing cards, which thereof 8 of my lnads are useful for any 2 colors that are different or the same, and since 4 of them are only one use, I can use them to pay for things like Arboreal Grazer or Elvish Reclaimer . Yes, I know that it will be very difficult to play Diabolic Tutor with my manabase, and if i really have to, I'll pay 2 mana for 1 colored mana. I plan on using these cards for Lotus Field , so that's the point.

You can link to cards by doing something like this: