Lim-Dul's Vault occurrence in decks from the last year 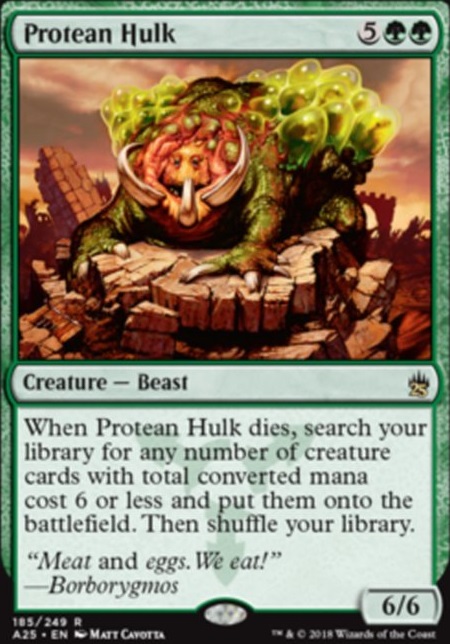 Sushi For Breakfast?
by Aero99

Alexander The Great King
by tiagompm

I am firmly of the opinion that this is a terrible idea. And there are a few reasons why:

If you only ban some tutors, all that's going to happen is that people are going to move to the "next best set".Can't run Demonic Tutor? Just run Grim Tutor. Can't run Grim Tutor, just run Diabolic Tutor or Dark Petition. If you start banning some of the tutors, people will just roll over to the next available option.

If you're going to ban all tutors, then you can't do it by rules text. Ban lists are supposed to be black and white, not open to interpretation. So just banning all cards that contain "search" and "library" in the rules text would also mean that (as well as banning all land ramp), you would be banning cards like Path to Exile and Assassin's Trophy. You also have cards like Lim-Dul's Vault. It's a tutor, is it banned? You MUST have an exhaustive banlist, thats why 99.99% of games/formats within said games have exhaustive lists.

On top of that, without tutors, you've made every commander game basically double in length. I don't know about you, but I personally have a busy life and only get to play magic once/twice a fortnight (if that). And I really don't want to spend the whole night playing 1 game of commander where I previously would have gotten 2-3 games in.

Even if aggro suffers somewhat under tutors, getting rid of them would kill the combo archetype. And you would just see combo decks crammed to the brim with redundant pieces/lots of card draw/counterspells to try and counteract the loss of tutors. But it would generally make them unplayable. Not to mention that voltron would suffer as well - voltron needs tutors to assemble its lethality, otherwise it just folds to battlecruiser style decks.

Oh and the other thing - not everybody hates tutors. I for one enjoy having access to them in my deck. I like the idea of being able to make a 100 card singleton deck more consistent. That's why you see poeple running functional reprints of cards and lots of similar effects. While there is a part of the communtity that just wants to play top deck big smashy cards, you'd find that that isn't the majority of players (but that people who are content with the format as it is are generally just less vocal).

If your playgroup doesn't want to play with tutors, that's great for you. If your playgroup wants to enforce any other house rules, again, I'm happy that you're all in agreement. But the long and short of it is; a format is healthiest with a small a banlist as possible. And on top of that, sweeping decicisions like this which make group A happy generally royally screw over group B. The RC has already indicated that if poeple don't like something, the easiset solution is to house rule. But don't try to enforce that crap on the rest of us. And if people just want to play a card game with big, smashy creatures, then go play Yugioh or something.

For cEDH level, I'd recommend putting in:

Drown in the Loch for good removal/protection, as well as Reality Shift for extra removal.

Dispel , Delay , Flusterstorm , Spell Pierce , and Mental Misstep are all good protection/mitigation spells at cEDH tables, as well as Force of Will

Vampiric Tutor for your instant generic tutor and Imperial Seal if you can afford it. Lim-Dul's Vault is also a good tutor/pile maker and Merchant Scroll can search Dramatic Reversal and any counterspell/blue removal spell.

I'd recommend removing Lightning Greaves and Swiftfoot Boots as these are only relevant when you have a creature on board and are only sorcery speed protection for said creature.

With the banning of Paradox Engine , Despark does not have many relevant targets. In fact, I'd say it's only niche to reanimator targets or any other big creatures that get cheated out, which is VERY dependent on your meta.

Arcane Denial is something I'd only find not bad if it's literally used to protect your win con on the turn that you're going to win; otherwise, you just netted your opponent over you. This one's up to you but I'd rather not play it.

King of the Pirates, First Fleet

Yo sam171z, so I took a quick take on your decklist. In the general sense, how competitive/tuned do you want your list to go to?

Like in all deck building, what theme do you want to go for and how much of a budget are you willing to spend to get the results? For Grixis decks they rely essentially on a lot of rocks to get you to accelerate faster.

Here are some cards that I use that are staples in competitive deck building in Grixis colors. Feel free to ask for more specifics on how ya wanna deck build, huge advocate on helping people tune their list to their own sense of style on what you want to do.

Some cards that are tribal-esque:

In regards to your question on how I would build the deck, hmm I would probably go more towards a control/steal theme with maybe a small bit of reanimator package. There is quite a bit of things you can do, there are some combos you can run that would mesh well with the pirate theme. Like both Dockside Extortionist and Cloudstone Curio can net you infinite mana (provided your opponents have enough artifacts/enchantments to negate the cost of recasting) or you can do some synergies with Glint-Horn Buccaneer and Curiosity combo which can be fun. But that's how I would build it, feel free to ask if ya have any more questions~

Lim-Dul's Vault is pretty neat for arranging the perfect kascade

In a deck like this, one of the first things that comes to mind is Lim-Dul's Vault . It's an instant-speed tutor that helps smooth things out. You can also throw in a few targeted kill spells, since that seems like it could be good (depending on playgroup): I would recommend Vindicate , Anguished Unmaking , and Capsize .

I would avoid City of Brass , since having Urborg, Tomb of Yawgmoth doesn't stop you from damage. Mana Confluence is perhaps less dangerous. If you want more duals, you also can use Sea of Clouds and Morphic Pool .

If you want to annoy people, maybe Mistbind Clique could be fun. Hushbringer means that you would just have instead a big 4/4 with no drawback for 4, but no Hushbringer can really screw with your opponent. (Which is always fun.) And speaking of annoyances, I find Thalia, Heretic Cathar to be much more irritating to opponents than Blind Obedience .

If you're fine with Planeswalkers, there are a few I would recommend! Ashiok, Nightmare Weaver , Teferi, Time Raveler , Elspeth, Sun's Champion , and maybe Kaya, Ghost Assassin all come to mind as potentially useful.

In any event, faeries are lots of fun! Hopefully you make your opponents go "WTF" a lot...