At the beginning of your upkeep, you may put a charge counter on Ãther Vial.

: You may put a creature card with converted mana cost equal to the number of charge counters on Aether Vial from your hand into play.

Aether Vial occurrence in decks from the last year 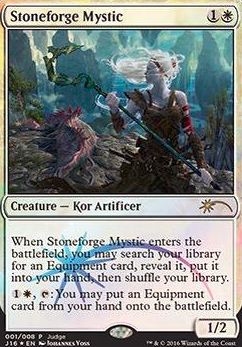 you are what you play
by M4dGun 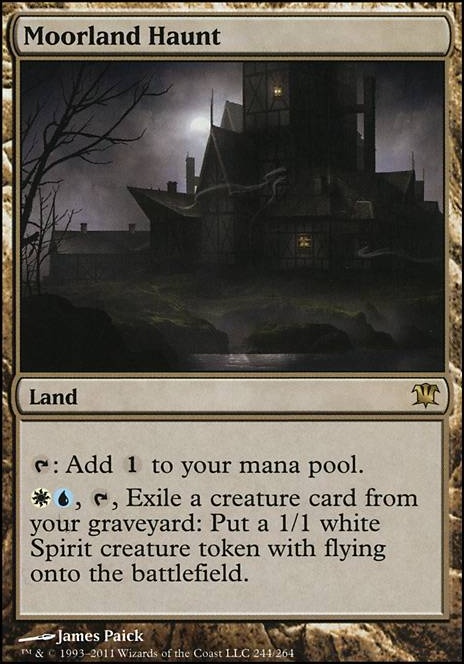 Back when I started the deck I made the decision to play Inkmoth Nexus over Mutavault %100 because of budget reasons. Muta costs a bit more than inkmoth, about a dollar more each. And at the time I also built budget mono-green infect, so I was able to utilize inkmoth in more than one deck, whereas I wasn't inclined to build a seperate deck that used muta's, although you absolutely could. Typically, tribal decks that use muta also use Aether Vial which cost around $20 a piece for digital copies. So if you wanted to repurpose Muta's in another deck you would be looking down the barrel of spending $80 on vials, which I'm personally not interested in. I enjoy playing magic on arena and mtgo, but as far as mtgo is concerned i don't feel comfortable investing too heavily into that digital economy specifically because I'm worried that Arena will absolutely take over and crash the digital economy built around MTGO. That being said, I'm okay with investing $25-$50 into an entire deck, but I absolutely don't feel comfortable investing $30-$40 into a single digital copy of a card, like Teferi, Time Raveler which would be a great inclusion for this deck but it's cost prohibitive and I don't have faith that any card on mtgo will maintain it's value over the next 5yrs, where I'm predicting the entire digital card economy will crash specifically because Arena will inevitably begin to offer older format support. I could be wrong, but how do you ignore the idea that you could sell your player base all of the exact same cards a second time because you force them to migrate over to a different client. There's too much financial incentive involved without having to design new cards, they would just be porting over existing cards. It's literally the easiest way for them to generate a profit with the least amount of creative energy exerted.

The day you see original dual lands introduced to Arena as a Historic Bundle will be the canary in the coal mine for the mtgo digital economy.

However, $1 more for Mutavault is absolutely justified especially if you personally felt like building another deck that used them.

Additionally, the times where this deck pivots and manages to go for a manland win is very rare, like 1/100 rare. Based on that, weighing the pros vs cons of Mutavault vs Inkmoth Nexus so that the optimal card can be used in 1/100 of your games is so insignificant that something as simple as saving $1x4 is more substantial as well as factoring in if/how you could use the cards in question in other decks. Like inkmoth in infect vs muta in merfolk etc.

EDIT: Thanks for the input!

I would recommend using 4 Stoneforge Mystics. Its good and all but you have 3 equipments so it doesn't do a ton. I would also recommend not using 4 copies of Aether Vial, it is also good but you are running very low CMC creatures so I would put two in. One more thing is that Confounding Conundrum is good against landfall and Uro decks which are in the meta but 4 copies is suicide even with the draw it does little against aggro or any other strategy besides lands.

Aether Vial needs a critical mass of cards at 2cmc ideally. 1 CMC is a bit low impact and 2 is where the good stuff and tech cards tend to be. Vials sometimes tick up to 3 for skyclave etc.

In order to best abuse it you need powerful ETBs, effects that benefit from flash and things that give you a reason to cheat on mana like Port etc

Septic Rats doesn't seem to work well here - it is the only card that deals damage in form of poison counters, so if you won't manage to deal 10 damage with 2 of them in the deck, they won't actually do anything. Unless you want them just for block using -1 counters... Maybe Swarm of Rats ? I know they are much worse than Pack Rat, but you already have 4 of these. The majority of your creature spells cost 2 mana (18/30) I would consider using Aether Vial and stop on 2 counters to speed up the drops I don't really get the Fabled Passage here. How is it better than just swamp, since the only card you can take with that is swamp and it may come tapped? I would rather use Swarmyard s instead

Nobody will read 4 full pages of comments to join in on the discussion at this point, I don't expect people to check if I haven't already said what they came to share in a comment on page 2, and I'm just having fun now. Brainstorming about gameplay situations that might happen, might prepare you better to handle this card, as it definitely won't be preemptively banned, or we'd heard about it by now.

You don't play Grand Abolisher to protect your agent, you play it to protect your tutors from being blown out by an incoming opposing agent. It's a lightning rod for your own win. It also trades with an agent, just in case :P

Aether Vial in your Gilded Drake to take their agent after they assembled the lock seems like a hilarious, hard-to-answer solution too xD

zAzen7977, hey thanks for the input! Iâd really like to make this deck as competitive as possible (without changing too much), so I appreciate the suggestions. I had a brain lapse and completely forgot Aether Vial existed; I plan on adding that after I decide what to remove.

I also think youâre right about Mutavault being too plentiful. It was mainly there to support Spellstutter Sprite, but with Bitterblossom churning out tokens I think I can drop the muta count. I may sub in Cavern of Souls in replacement. I had considered that card, but was on the fence. Maybe itâs a good pick afterall.

Darkslick Shores...yes, lol we have talked about that in the past. I admit to a lack of experience and therefore youâre probably right, but I just really donât like it for some reason. Iâll leave it in the Maybeboard so I donât forget about it, but for now itâs out. Once I assemble this in paper and playtest it, Iâll try a fair amount of games with the Shores just to see how it goes.