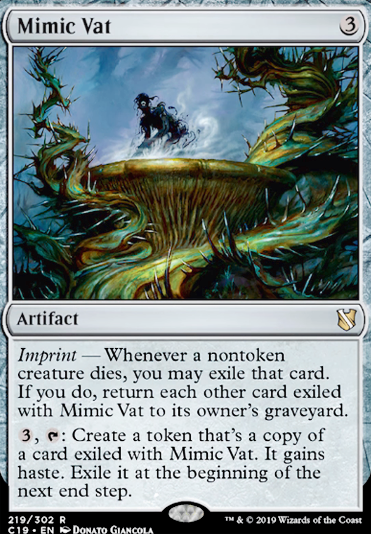 Imprint â Whenever a nontoken creature is put into a graveyard from the battlefield, you may exile that card. If you do return each other card exiled with Mimic Vat to its owner's graveyard.

, : Create a token that's a copy of the exiled card. It gains haste. Exile it at the beginning of the next end step.

Mimic Vat occurrence in decks from the last year 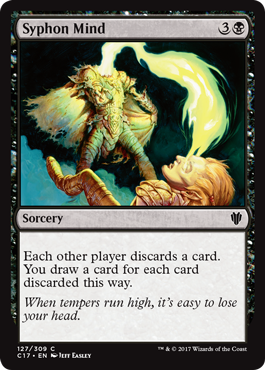 Duplicating Koko is awesome too. Blade of Selves is hilarious. It is my favorite card in the format, and was actually the inspiration for making the deck. Does very well on Kokusho, Gary, or Disciple.

Mirror of the Forebears is awesome too. According to EDHREC I'm the only one with it ina kokusho deck. Since there are no other dragons you name Spirit (this came in handy once when I was able to make a second Crypt Ghast and made a ton of mana.)

It ends up being a terrific sac outlet. I bring Kokusho back from the grave, then activate Mirror to kill Kokusho, then attack with Mirror, then Reanimate Kokusho again, and he dies instantly... it's a sac outlet for the entire rest of the turn.

Mimic Vat has been really fun too. And... I think those are all my ways to duplicate Koko.

Oh yeah, also Mirrorpool which is spendy to activate but had saved the game for me when i had no sac outlet.

Its not budget at the moment but Swarmyard should be here if you can swing it.

Also Since you are running the token doublers Renowned Weaver I think is the only other mono green option that makes spiders. However, you could run Helm of the Host and Mimic Vat which would put token copies of your spiders on the board for doubling. There is also Birthing Boughs which makes shapeshifters that are spiders. Riptide Replicator does too but its over all investment is high.