Addendum â If you cast this spell during your main phase, put a +1/+1 counter on each of those creatures and they gain vigilance until end of turn. 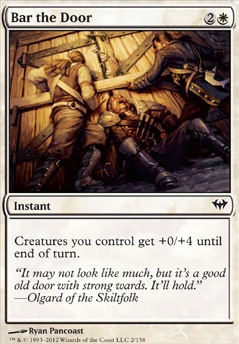 I'm gonna stop you right there. In Modern, you have toolboxable cats. There are at least two cats in modern that can be called 'tools' in your toolbox -- Qasali Pridemage and Leonin Arbiter.

You have NOTHING like that in Pioneer when talking cats, and especially nothing in this deck right now. What this is is a early rendition of cat tribal. Which isn't bad, but you've got the terms wrong.

If you want 'toolbox', play WG CoCo(Collected Company) with Aven Mindcensor, Drannith Magistrate, Knight of Autumn and such.

If you want cats, you need to go all-in on face-beating with your cats.

Another thing: Adorned Pouncer, Fleecemane Lion, and Bronzehide Lion ARE NOT USED for their abilities. Eternalize, Monstrosity and the indestructible clause are useful and nice bonuses that take these cards from fairly good to really powerful, but they're not the core.

The core on those cards is that they deal large amounts of damage for the mana cost. 2 mana to deal 3 damage every turn is a very good rate. Don't force yourself to use their abilities, or think of them in terms of abilities.

Also, Felidar Sovereign takes care of artifacts and enchantments maindeck. If you run 4, you have four cards that not only buff every creature in your deck but also let you destroy an artifact/enchantment every single turn. That's so much better than a single random weird Naturalize.

Unbreakable Formation is good. Feel free to run multiple copies, but not instead of Felidar.

Also, 'tutors' are almost entirely used to combo off. They have to be very efficient if you want to be going and getting specific cards from your deck in an aggressive creature deck. I recommend cutting all noncreature, nonland cards except maybe 1-2 Formations and then running 4 Collected Company. Or, if you want, run Eldritch Evolution. Evolution would be used on a 3 mana creature to go get one of 1-2 Regal Caracal, which is pretty good when you can pull it straight from your deck.

Or it can be used on a 2 or less to grab Lurrus for value.

But don't you think that 27 cats is enough, TriusMalarky?? I'd rather cut some cats and get more lands. Remember that this is also a token deck, so Pride Sovereign would greatly benefit when there are a lot of tokens of 1/1 lifelink cats which also get buffs.

Pride Sovereign in numbers of 2 is really useful with Blessed Alliance, and can generate tokens on his own. I am using Regal Caracal for tokens as well. I have 4x Anointed Procession for a reason. I've usually had great success using tokens in my cat deck. I also have 1xSundering Growth for its populate ability not to mention it will be useful if I ever need a artifact or enchantment removed, which will most likely be hard to draw this card, but regardless I believe it will be used often in games.

The reason I don't have many Feline Sovereigns is because I traded one for Unbreakable Formation. This balances out my ability to have +1/+1 with a creature and instant. But does the Feline Sovereign only give +1/+1 when its on the battlefield, or not?

I_Want_To_PlayAllTheDecks Birthing Pod is really nice. But I don't think I could use that to eternalize adorned pouncer or anything like that; the only card it would work on is Regal Caracal when paying 4 or 3 mana and 2 life for making a 5 mana creature. And Karn, the Great Creator is only useful if I'm running lots of artifacts. And what is CoCo? With Ajani's Pridemate if I have a lot of 1/1 lifelink cat tokens, and attack with those using Encircling Fissure, I can buff him up so much it will be very useful to have Setessan Training and/or Angelic Gift.

Adorned Pouncer is very expensive mana-wise when you eternalize it, so it will be late in the game when I use it. Same goes for Fleecemane Lion. And Bronzehide Lion is expensive for making a single creature indestructible when I can use something like Unbreakable Formation for 1 more mana cost while buffing my entire army. Yes, they're good for 3/3 for 2 mana, but regardless I have other cards for that. For instance, Prowling Serpopard is very useful against blue counter heavy decks, covering my entire army with their ability, and is a 4/3 for 3 mana.

Angelic Gift is a must if I'm facing flying decks or if there are decks that don't have fliers or reach so I can deal direct damage, and on top of that it functions as a 2 mana cost draw 1. Just think if I used that on a Eternalized Adorned Pouncer!

What I need are tutors or something that allows me to pick out what I need for whatever occasion; that's how a good toolbox deck would work. Perhaps splashing black for Agonizing Remorse and Lay Bare the Heartand Grim Tutor??? Hand control is great when you know what cards are best in their hand, and Grim Tutor is currently the best tutor in Pioneer, I think.

Hello, Kaiser_Silver7 and thanks for posting!

I can't afford Temple Garden. And, Unclaimed Territory can be a problem if I draw anything other than a creature card, and on top of that everything in my deck is either green or white so it's no big deal to go without Unclaimed Territory.

Also, Always Watching will be useless with my tokens, as I plan on spamming 1/1 lifelink cats. I like watchers of the dead because it's a solid 2/2 and can be sacrificed to empty graveyards. I like Encircling Fissure because it is what will allow me to attack with tons of cat tokens without sacrificing them to the blocker.

Heroic Intervention is like Encircling Fissure, but I don't know which is better.

Collected Company could be useful, as I have generally 3 mana cost cards or lower, but it costs 4 mana for what is 3 or less mana, and I don't know the chances of drawing a 3 or lower mana card. Perhaps you can show me the mathematics behind it? I don't particularly like cards that say 'draw X' and then 'keep x and discard x'. I have Angelic Gift and Setessan Training for drawing power, but they also have other benefits.

What cards would you cut from my collection of creatures?

I'm trying to make this a toolbox deck, which is why i have Sundering Growth, Angelic Gift, Blessed Alliance,Prowling Serpopard, and Watchers of the Dead. Anything that will make it more varied in being prepared for anything would be great!