(1): Choose a creature type other than Wall. Target creature becomes that type until end of turn.

Unnatural Selection occurrence in decks from the last year

The Hive Reforged
by PaleDog 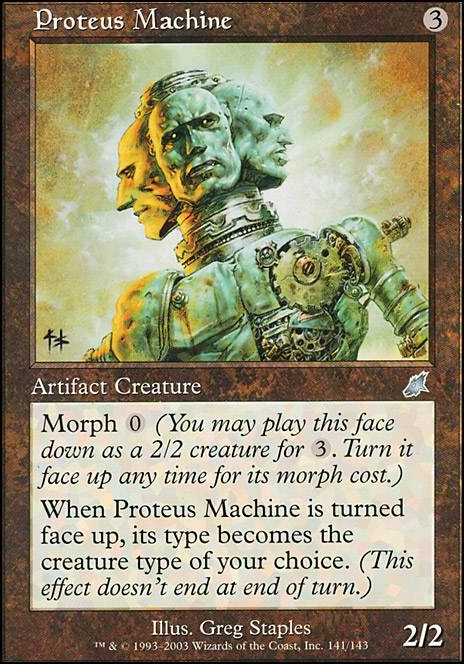 Hey KuhlThing. I ran Unnatural Selection in here for ages but actually swapped it out in favour of Amoeboid Changeling for a couple of reasons - I can tutor it with Overlord's ability + it gains all the sliver hive mind buffs. I used to run both but decided that I don't really require redundancy for this effect as it's a bit of a win-more nice to have vs. a crucial ability, y'know?

Unnatural Selection might be a better option than Amoeboid Changeling, especially if you're getting infinite mana. Standardize works, too.

Wondering what you think about using Unnatural Selection instead of Amoeboid Changeling ? For only 4 mana you can permanently steal any creature and with any setup of infinite mana you can steal all other creatures on the board.