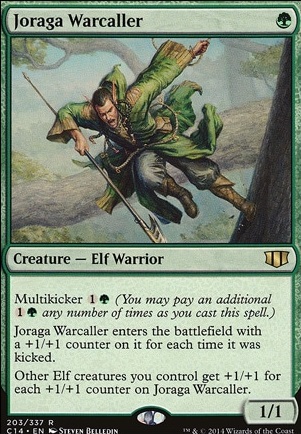 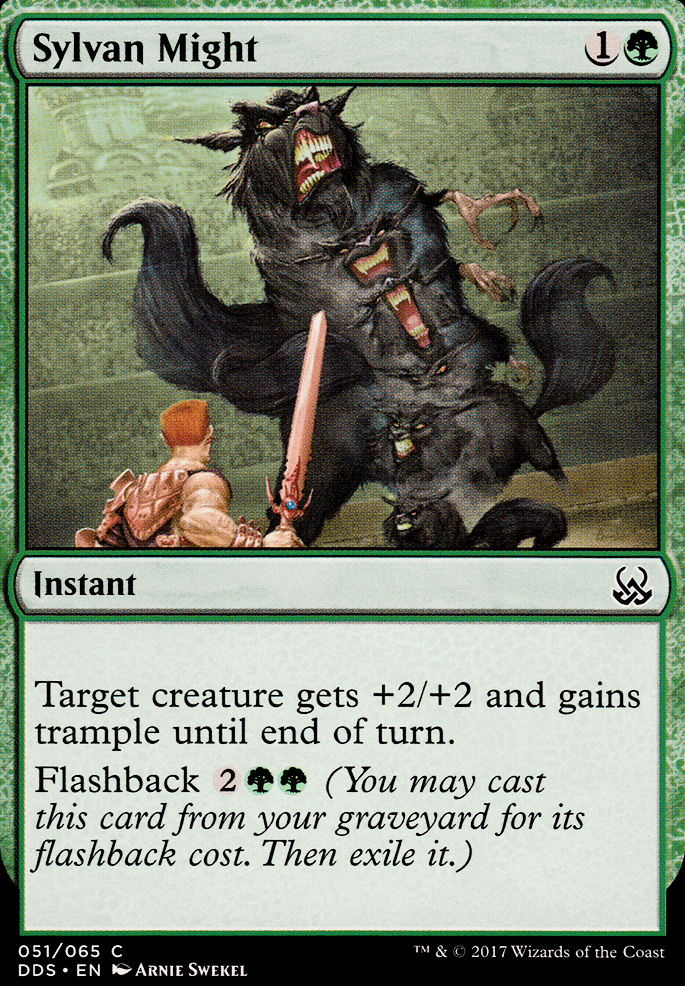 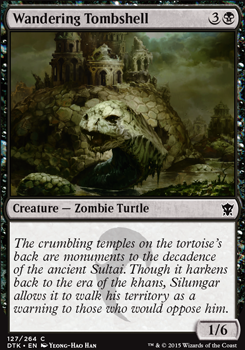 Rhonas and His Friends (G/B Deathtouch)

I really like the concept of this deck. I have a few things that combine deathtouch and trample, but no all-deathtouch decks. That may need to change. :-) Evasion, such as flying and fear are nice to include in the mix, as you have. After all, the opponent may be running some deathtouch too. Your Viridian Longbow and Nature's Way go a long way to cover that base as well. Still, there's nothing like trample for a deathtoucher, as it lets you kill another critter along the way, and even against an indestructible blocker, it lets you deliver all but one power to the face or to take out several blockers if they want to line 'em up like dominos for ya.

That said, I'd try to find a place for more trample action, either in the critters themselves or in the buffs.
Some stuff I've found useful in your deck's colors:
Rabid Bite - Similar to Nature's Way but not quite as good
Larger Than Life , Wildsize - Trample + Buff
Bow of Nylea - More useful if you don't already have all deathtouchers
Champion of Lambholt , Overrun , Prowler's Helm , Rogue's Passage , Whispersilk Cloak - Evasion
Deadly Recluse - Another deathtouching early blocker, but this one has reach.
Ambush Viper - So sweet when they don't see it coming

First strike is also really nice in a deathtoucher, but if you try to have everything, it dilutes a deck too much.
Or can you . . . ? Chariot of Victory - First Strike + Trample + Haste and reusable

For some more fun and games with deathtouch, check out my Death-Ray Infect (B/R). Nothing quite like giving deathtouch to a Goblin Sharpshooter . Bwa Ha Haaaa! ;-)

eyes2sky: check it out. a Brian deck we haven't thought of yet. Awesome =D

It looks like the deck revolves around 12 cards: Epicure of Blood + Reaping the Rewards, with Bloodbriar as the finisher. Since there is sadly no redundancy available for these effects in pauper, you probably need a lot of draw to ensure this happens every game.

Perhaps some Night's Whispers would help? Implement of Ferocity has very high synergy with Bloodbriar and could be considered a cantrip-of-sorts.

Maybe move Journey to Nowhere to the sideboard and add something like Crop Rotation or Cultivate or even Sakura-Tribe Elder?

Also, I would personally get rid of Skyshroud Elf in this build altogether, and add +2 Elvish Visionary, and +2 Elvish Mystic/Llanowar Elves if you still want the ramp.

Apostle's Blessing is an amazing defensive card that should at least be sideboarded.

You also may want to consider some Trample effect for Brian, such as Rancor (which can be re-used an anything before or after Brian shows up) or Wildsize or something.

Hope at least some of that helps! I (and a friend) have been messing around with Bloodbriar decks for quite some time now, so it's cool to see somebody else using the card in a new way. If you want, check out what we came up with here.

FUL: Hmmm. Yeah, that all sounds pretty good, thanks a lot!

Lol, I took Rancor out just because it's so "trope," but you're right, I should have left it.

However, Wildsize and Ixalli's Keeper are my only Trample. Without trample (or another form of evasion) Bloodbriar can just be blocked for days. Since a lot of these creatures sac' themselves, I'm thinking some Collateral Damages and Reckless Abandons should probably get the cut instead. Hmmm.

I would seriusly consider some hexproof card, like Ranger's Guile, Vines of Vastwood or Sheltering Word (this one expecially vs burn or MBC) because Bloodbriar will be the main target of your opponent's offensive spells. You could remove Wildsize and maybe 1 or 2 Ixalli's Keeper and put some of those cards; also Imo you should consider to main Rancor back, because while you are waiting to play Bloodbriar you can enchant other creature that will be scrificed anyway and it's faster than Ixalli's Keeper, even if it's less powerful

Hope You Were Vaccinated (G/B)

I have a few new cards I may add soon. I could convert this deck to G/U, just beef it up as G/B, or even try making it B/U/G (though the lands I own might not support that sufficiently). Another possibility is to make 2 decks.

New Cards:
These numbers represent how many I have of each, not necessarily how many I would use in this deck.
4x Blighted Agent
1x Groundswell
3x Rancor
1x Mutagenic Growth
4x Nature's Way
4x Wildsize
I also have some of the usual blue evasion and counter spells.
Any suggestions?

Made these changes to include Genesis Waves and upgrade the Trample and Fight mechanics.