Lands you control are Plains.

Nonland cards you own that aren't in play, spells you control, and nonland permanents you control are white.

Bob Ross - The Joy of Painting
by b0bjohnson 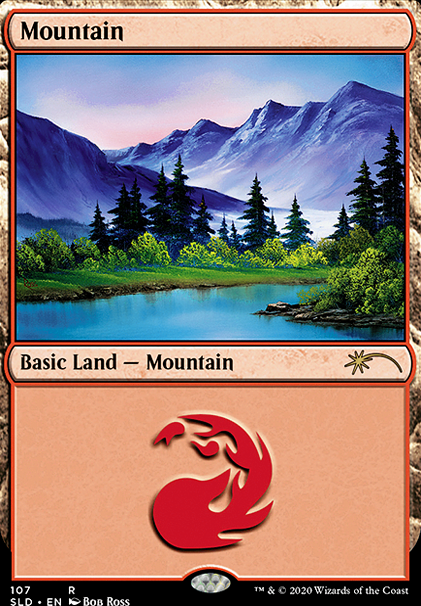 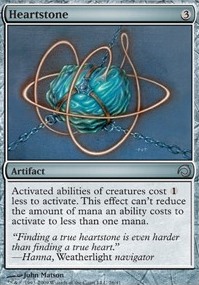 Thank you for the suggestion, Aeriosis! Celestial Dawn is a great card, but I want to keep Swiftfoot Boots in the deck mainly because the haste it provides is neat for activating Garth One-Eye a turn early. Plus, I have other mana fixing in the deck. Your feedback is always appreciated! : )

How about replacing Swiftfoot Boots with Celestial Dawn ?

Tinnuki - Restoration Angel was originally a way to remove enchantments that could remove abilities if it happened. I've since removed it and added Thassa, Deep-Dwelling as a way to blink cards like Archaeomancer or Sun Titan for their amazing ETB effects.

I've removed Celestial Dawn as I can just mana fix with non-basic lands.

As much as I enjoy Narset, Parter of Veils and Teferi's Puzzle Box , I just don't think I can remove anything to fit them at this point.

I thought about Platinum Angel and would've loved another Brom card, but I feel like it would just be an easy target.

Besides working on your very basic mana base, here's some quick opinions:

I'm not sure about Restoration Angel . If it's in there for creature protection, you could probably do that a bit easier.

Celestial Dawn is a cool card, but I don't think it does much here. It helps fix your white mana, but you only have two colors anyway.

Aven Mindcensor would do great in a control deck like this.

Narset, Parter of Veils is a generally good card to slow down your opponents. If you want to be really cruel, pair it with Teferi's Puzzle Box .

I'm surprised no Platinum Angel . Also, Pariah combined with a Stuffy Doll would be hilarious.

Sun Titan . You're playing white. You want a Sun Titan.

Flooremoji on Mana fixing in a Boros â¦

Fetchs and Shocks are really the best you can do in modern, but I do understand that they are expensive. I wouldn't reccomend adding in stuff like Endless Horizons , Celestial Dawn or Chromatic Lantern . Additionally, your mana could be significantly better if you cut your colorless utility lands, none of them are worth their drawback.

Cheifettues on Mana fixing in a Boros â¦

I feel I am in need of some mana fixing, maybe not. I am honestly not sure. I am thinking of adding Celestial Dawn to a Boros Angel deck.

I have updated this deck recently, adding 10ish new cards that are all white. This brings down the count of red/white cards to 3. There are 3x Boros and 2x Cliff Tops, the rest are plains which brings my lands to 19.

Low right! Iâve been running 19 lands with an average success rate of about 85%. Iâd like to increase my success rate. The tricky part is that white has limited options for ramping. Ivâe got Endless Horizons ... but what else is there really that fits.

This is a 99% tribal deck, the only exception being Serra Avatar . I donât want to add non angel creatures. My problem I know but meh.

I have tried cards like Tith and they donât hold up to my expectations.

So how about mana fixing? Does it fit? Cards like Chromatic Lantern are an obvious choice, but I simply am annoyed by the overuse of the card by the people I play with. Such a ridiculous excuse.

What are your thoughts on CE. Itâs my understanding from the web is that the card lacks potential and isnât played much... it is crap...but is it really crap when played in the right deck?

For example, turn 5/7 I pull CE, chances are (with my play style) I have yet to play any red/white cards. So I play CE and now I can play the 3 cards as I please. Is this a correct understanding?

Currently Iâve got Slayers' Stronghold and Emeria, The Sky Ruin and I know they would be cut if I run CE. Is this worth it??

I am torn, I donât know the answer. This deck is playable, even with its high costing creatures and skewed mana curve. The stax helps. But I feel my mana base has a huge gap in it.

Thoughts and suggestions are welcome

Good day and be well.

Another issue with Celestial Dawn is it makes all your creatures white. So, to make it harder, you'd have to run Cerulean Wisps, Crimson Wisps, Aphotic Wisps, and Viridescent Wisps.

Metroid_Hybrid You missed the interaction between Blood Moon and Celestial Dawn. Quite literally, whichever one of those is newer will affect your lands. So, what you need to do is

Then, you want to have a handful of very specific creatures to make it harder, not just a 5-color one.