, : Scry 1, then you may reveal the top card of your library. If a basic land card is revealed this way, put it onto the battlefield tapped. Activate this ability only if an opponent controls at least two more lands than you.

I just looked thru my collection. You are missing a playset of scry lands

Karn's Bastion is a pretty good idea. This deck is pretty mana intensive, though, so I'm not sure what I'd cut for it. Isolated Watchtower? Was debating cutting Storm Herd or Celestial Mantle, too.

Enduring Angel Â Flipis interesting, but seems really niche. The fact that she can only flip if you hit 0 life makes me sad. Cool card, probably not for this deck, though. Pristine Angel seems great but as I learned with my Rebbec/Glacian deck and my Multani, Maro-Sorcerer deck, protection like effects can also have the drawback of not being able to target your own stuff.

Concerted Effort seems insane for Akroma decks. I don't really think it'd be worth a spot here just to mainly add vigilance. There are only a handful of creatures that add other keywords that would make it worth it. It's a good recommendation and I added it to the maybeboard for anyone else interested, though!

Den of the Bugbear: Just duh. This is the best manland for us ever.

Treasure Vault: We should be able to take advantage of this to limit the impact of saccing lands to Ib. Have to be careful with our Blood moon effects.

Dockside Extortionist: Back in even though it is stupidly expensive in paper. Probably no better Treasure generator for us.

Goblin Sledder: Unfortunately when every card is so good you have to start cutting anything less than great.

Disrupt Decorum: While I love this card and it is very Ib, it is too narrow and too fleeting to run anymore. If you disagree goad me, bro.

Isolated Watchtower/Great Furnace: Average quality of lands went up, bottom of the threshold did too.

Would still like to get Seize the Spoils in, as well as a good number of other token generators. I'm certain that making land-saccing less detrimental is going to really benefit the deck. If you know of better treasure generators that I missed let me know!

I run so many Nonbasics because Mono-coloured decks are capable of doing so and maximize the value out of their manabases. Every Utility Land is essentially an 'extra spell.'

Cataclysmic Gearhulk and the cards that don't have generic costs are also unaffected by improvise. Inspiring Statuary can only affects 31 spells in my deck, which is about 47%. A Mana Rock that can't pay towards half of a deck's spells doesn't sound great.

The six non-Equipment artifacts are either already Mana Rocks or have beneficial activated abilties that I'd rather leave open. The lone artifact creature Cataclysmic Gearhulk more often than not dies to its own ability. If Gearhulk does stick around, then I'd leave it untapped so it can attack and block. None of these artifacts could be used to improvise.

This deck functions off of minimal resources. I don't need to drop every Equipment I have available. Halvar Â Flip only needs one solid Equipment to be a serious problem for opponents. An alternative threat with one or two Equipment is more than enough. Inspiring Statuary wouldn't have much to work with in most situations.

One of White's major strengths is its ability to purge the board. Â Flip I'm not afraid to lose everything if it means stifling my opponents' own gameplans. This is why I don't run a lot of Mana Rocks: they will inevitably get blown up. Inspiring Statuary would be no different. I don't even run Mana Doublers anymore because my heavy use of sweepers utterly ruins their effectiveness.

I don't need to give it a try when I know it's going to fail.

Explorer's Scope and Isolated Watchtower don't have any consistency. They look at the top card of the library and hope for the best. Sensei's Divining Top isn't going to fix them. I can be mana-screwed with Top out as well. Scrying Sheets is a land that hasn't aged well. Tthere are plenty of lands that straight up draw cards

Also Explorer's Scope is another equipment that can ramp you slowly, or fairly reliably if you can filter your deck fairly reliably. The only way I know how in mono-white is and Sensei's Divining Top . Scrying Sheets can be kind of a pseudo-filter that at least can put snow lands in your hand if you run those.

I almost forgot about Isolated Watchtower as well. 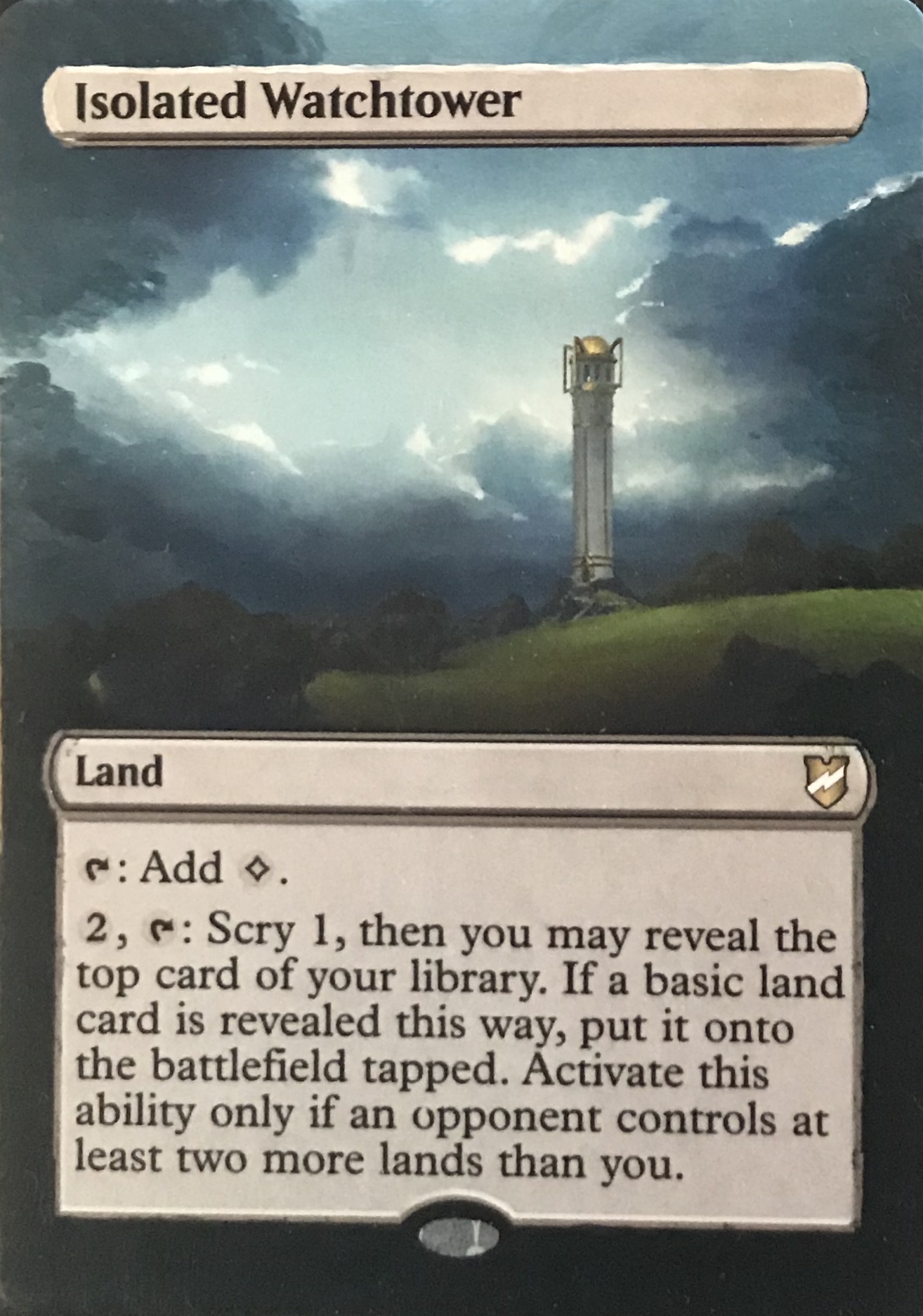 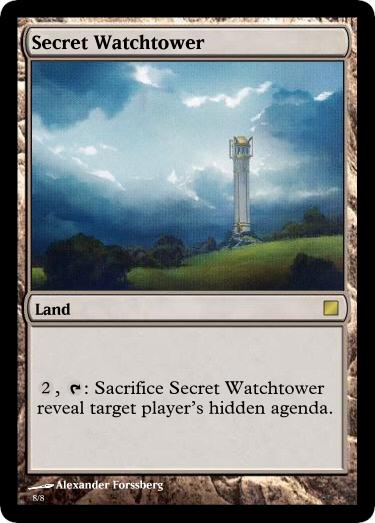