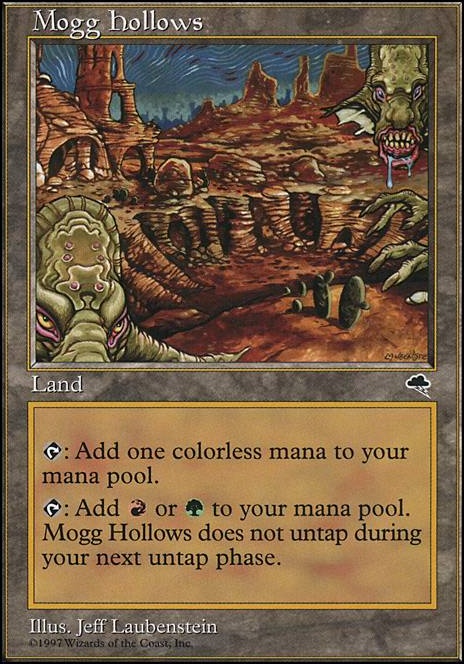 : Add or to your mana pool. Mogg Hollows doesn't untap during your next untap step.

All Gold Creature Toolbox
by DangerousCharles 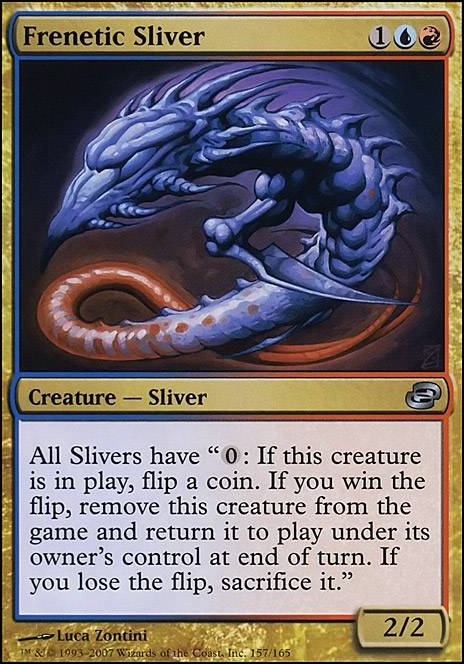 Add all of the following:

There's no better format than EDH to play your pet cards (I'm a fan of Riptide Shapeshifter), and Mogg Hollows certainly has sweet art.

Glad to have been able to help!

Now to my egoboosted defence on the few cards I really dont want to ditch:

PS. In half an hou I already saw how much this will improve with just replasing similar cards with ulmimately better alternatives, but I'll stast serious theory crafting as suun as I get home later tonight! Again thank you for your time!

I've playtested your deck against a couple of mine, which I think are generally fairly close on the casual-hardcode scale. Here are my random thoughts and suggestions.

Slightly out of budget suggestions:

To make room for this I'd personally cut all the treefolk. They're better in mono-green.

It depends on your meta, but I'd also cut all planeswalkers except maybe Xenagos. They just tend to die so quickly in EDH. Xenagos generally at least pays for himself, though.

If your big creatures are getting countered, consider Dosan the Falling Leaf, Gaea's Herald, Vexing Shusher.

Finally, you could consider the staples Exploration, Burgeoning and Oracle of Mul Daya for early game ramp and Zendikar Resurgent for big mana (Mana Reflection being out of budget).

I hope you can take at least something from this.