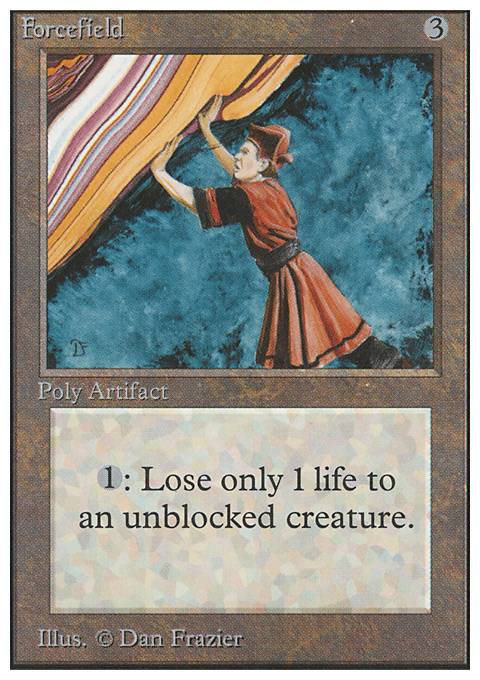 : The next time an unblocked creature of your choice would deal combat damage to you this turn, prevent all but 1 of that damage.

Thanks for the suggestions Quicksilver!

Thalia will most likely be making an appearance in v2 of this deck. I've playtested it several times and there's more misses than hits. When it works it really works. The problem I'm facing is the continuous life loss and being hated out of a game because of the stax cards, mainly Humility .

I'm planning on putting in more pillow fort cards like Forcefield instead of stax. Either way, I need at least a little more life gain and more consistency. I need to hit up another GP and trade up for a Cruel Tutor , Grim Tutor , and Imperial Seal .

If anyone else wants to throw some suggestions and ideas at me, please do!