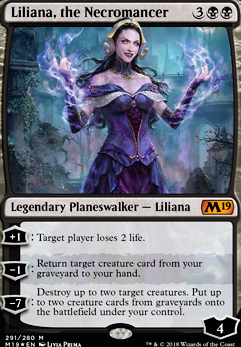 symbol:loyalty-loyalty-minus1: Return target creature card from your graveyard to your hand.

-7: Destroy up to two target creatures. Put up to two creature cards from any graveyard onto the battlefield under your control. 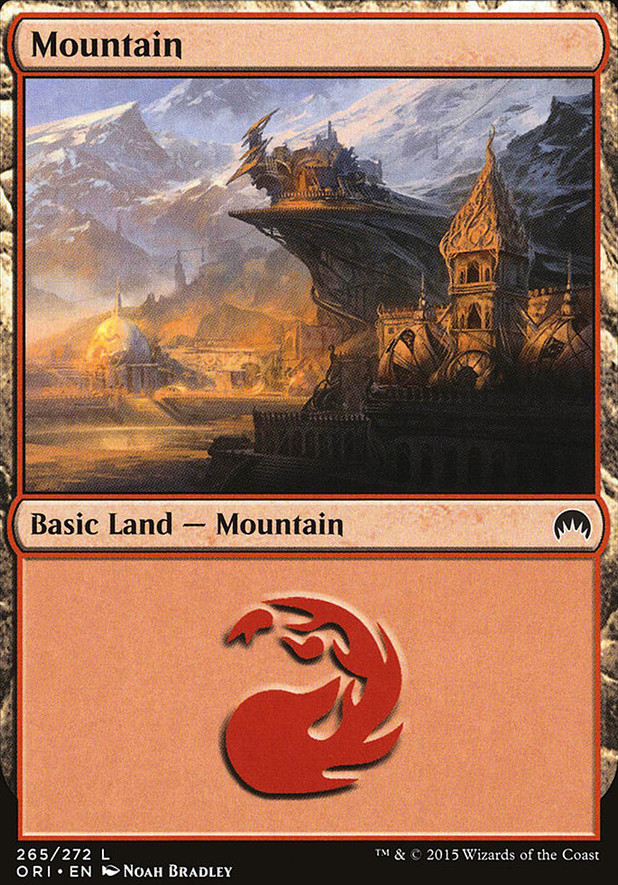 Otherwise this is a good deck, but Planeswalkers can't be commanders as they aren't legendary creatures. to keep the deck mostly as-is, I would keep Liliana, the Necromancer in planeswalkers and replace either Leaden Myr or Sunscorched Desert with Whisper, Blood Liturgist as your commander. Sacrificing two replaceable zombie tokens is a small price to pay to put something like Harvester of Souls back on the battlefield.

Liliana, the Necromancer might be better here than Vraska, Regal Gorgon. Necrotic Wound isn't as consistent as I'd like it to be, I've run them before, even with 24 creatures it wasn't enough. Fungal Infection or Vicious Offering are solid alternatives. Doomed Dissenter may be good here, once it dies you get a Zombie token and have a creature card in your graveyard for Undergrowth.

TypicalTimmy on Why Does Vivien Reid Exist?

But to touch a bit more in depth, Wizards accidentally wrote themselves into a corner. They had a Planeswalker for each color who had personal interactions with Nicol Bolas:

But there were no Green Planeswalkers who personally had a history with Bolas.

Yes, now there is Samut as berryjon pointed out, but we also must consider the context of M19.

Now, as I have been told, the reason the Planeswalkers in M19 feel weaker than their current versions, particularly Liliana, the Necromancer and Liliana, Untouched By Death is because Core Set 2019's story is sort of more like a prequel, giving us insight into who Bolas was and his battle with Ugin on Tarkir.

I brought this up in a prior thread where I was curious as to why Liliana felt so weak. In terms of set construction, M19 was released after Amonkhet, in which she kills her final Demon - Razaketh, the Foulblooded.

So if Liliana killed the 4th and final Demon, why does she feel so weak?

What was explained to me is that M19's story takes place long before Amonkhet, therefore (According to the timeline), Liliana is still bound by the Demon(s) during the time M19 takes place in.

What this means is that, DURING M19's story, Samut, the Tested would not have been in the story. She may not even have had her spark ignite. Her spark seems to have ignited when Bolas invaded Amonkhet the first time, where he imprisoned three of the Gods, killed the elderly people, and rewrote history. Samut was able to Planeswalk away, and return during Amonkhet, which is why she knows everything is a lie. Her and Bontu the Glorified are the only ones who remember the truth.

Because of this, since M19 takes place BEFORE the invasion / destruction of Amonkhet, Samut WOULD NOT have been a Planeswalker for them to highlight within the set.

Therefore, they still lack a Green Planeswalker who has actual interaction with Bolas.

Perhaps Nissa did, I don't know, but for some reason they decided to not go that particular route.

So.. they just invented one to fill the void.

Basically, Vivian Reid exists merely because Wizard's wrote themselves into a corner and needed a quick way out :/

Is it just me or is Oriss, Samite Guardian really channeling tatooine bikini Leia. This might be a long one because there's a few things I wanna say and I have a habit of going into way too much detail.

Anyways sweet deck concept. I think some version of this could be modern viable.