Creatures with power 3 or greater don't untap during their controllers' untap steps.

With friends like mine, who needs enemies?
by DadHumanPraetor

So do you play other formats, where you should be building your deck with winning in mind?

My (re-)introduction to magic was mostly FNM with a group of people that were grinding preliminary pro tour qualifiers every other week. When other friends found out, they asked me to join their kitchen table gatherings, and after a few weeks of terribly unbalanced matches with different format magic decks, EDH was suggested as the way forward, and I had no idea how I could enjoy 100 card singleton. How do you get the cards you need? My first deck was bad, I didn't enjoy playing it, it was too easy to counter, and then I finally let go of the idea of needing to win, because every time I came close, I got ganged up on. My decks now are usually built to make a noticeable impact on the game, usually not game-winning, but almost impossible to not be impacted by. I'm talking Blind Obedience + Meekstone + Marble Titan. The Great Aurora. I'm sketching up a deck that uses Karma and Stern Judge with Urborg, Tomb of Yawgmoth. I don't need to win, seeing people in disarray over my mere presence is enough for me to enjoy.

However, I do have one or two cEDH decks that can just piece together a win out of nowhere if uninteracted with. It's more akin to the competitive environment where I got into magic, and the people I play those against, are ex-tournament grinders who got separated from their goals due to the pandemic and needed to occupy their mind in a way that was both casual multiplayer for the setting, and optimal lines of play as the way they enjoy magic the most. Both can be fun, but in different ways, and if it's not your own deck, if you're dependant on the others to finish the right tutor chains and such, it's easy to miss out on the enjoyment those decks can bring.

AstroAA, I love the ideas, but I donât believe Grafdigger's Cage does anything to Narset since her ability exiles the cards before casting them. However, itâs still definitely worth running to shut down any graveyard shenanigans and Rashmi, Eternities Crafter triggers. I donât know how I missed Meekstone. That is for sure going in. I do like the idea of a preventative approach to winning, and if the games continue too long, the Narset and Rashmi players can Counterspell and Cyclonic Rift their ways to victory, so some stax pieces would help prevent that. Iâm kinda leaning towards Zo-Zu the Punisher control/stax or Heartless Hidetsugu group slug. But weâll see what I end up landing on.

TypicalTimmy it's a different axis of interaction. Would you say that a deck with 12 boardwipes would be fun to play against? How about Talrand, Sky Summoner with 25 counterspells? Or maybe Tergrid, God of Fright Â Flip who will take your hand and your board away from you and under their control. Overdoing anything will make a game boring, especially if you focus on deconstructing other people's game plans.

The first commander deck I played, had the critical mistake of focusing way too much on the commander. Noyan Dar, Roil Shaper had a lot of carddraw and interaction, but I needed the awakened lands to make a board presence and not die. After three fun games, my commander got removed or countered immediately for the first 3 times I brought him out. Sitting there, in need of paying 13 mana for your commander, and then more for it to actually do something, while the rest of the table is doing the 20+ mana silly stuff, and you're trying to join in and get bullied on your biggest weakness every time...

That's how stax players are made I guess, finding the weak spots of the strategies others enjoy, and preemptively punish them for trying. I personally find it hilarious when someone's Dockside Extortionist is about to make 13 treasures, and I can Chord of Calling for Collector Ouphe before the Etb resolves. You don't need many counterspells when you have a Rule of Law, you don't need a Wrath of God when Ensnaring Bridge keeps your health total safe.

I understand when you call yourself Typical Timmy it's going to be hard to see the fun in your wins being disabled by freaking 2-3 mana artifacts and enchantments, but if you're usually losing to 60 mana, 20 spells cast Storm turns in EDH, a Rule of Law, Winter Orb and a Stony Silence are a breath of fresh air to try and give yourself time to do other cool stuff that lies in the possibilities of magic cards. I still want to make a deck that wins with Stern Judge+Urborg, Tomb of Yawgmoth that would be an excellent wincon for that sort of playstyle. It probably wouldn't work in just a ramp deck.

Personally, even if I'm building a stax deck, I try to leave the lands alone, and only play hate for acceleration (mana rocks, treasures, mana dorks, etc) because I know the helpless feeling of playing a game of "not playing the game" all too well. Still, if your plan is to win with combat damage, make sure you can do it through Meekstone+Blind Obedience, or be challenged to win in unconventional ways (which for me, the stax player, is really interesting to see the creativity of what happens when they do).

That's where I think the fun in stax is. It might take a broken player to start, but your opponents WILL notice you on their way to victory. Of course, your mileage may vary.

Leyline of the Void could be useful in the sideboard vs Graveyard based decks, more or less shuts them off completely. Leyline of Sanctity can hose decks that need to target you. I run Meekstone in my Burn sideboard, sometimes helps vs things like Reanimator (1 swing per creature can matter, Burn is fast even if we 'waste' 1 mana on a stax piece). I don't love Lavamancer or Searing Blood, and I think the Faeries aren't as good as a Leyline would be, but depending how prevalent Graveyard decks are in your meta, you could run both.

I love DnT! Here are a few recommendations :

Oloro, Ageless Ascetic might be a better option as a commander if you're wanting to up the power a little bit. Gwafa Hazid, Profiteer is certainly a fun political tool, but card draw is a steep price to pay for Pacifism.

Supreme Verdict board wipes are a must in this type of deck, only 17 creatures means that you will usually be outclassed in this regard.

Meekstone something else to hamstring big creatures

Lemme know if you have any questions, I am a huge fan of stax/taxes/hatebears! 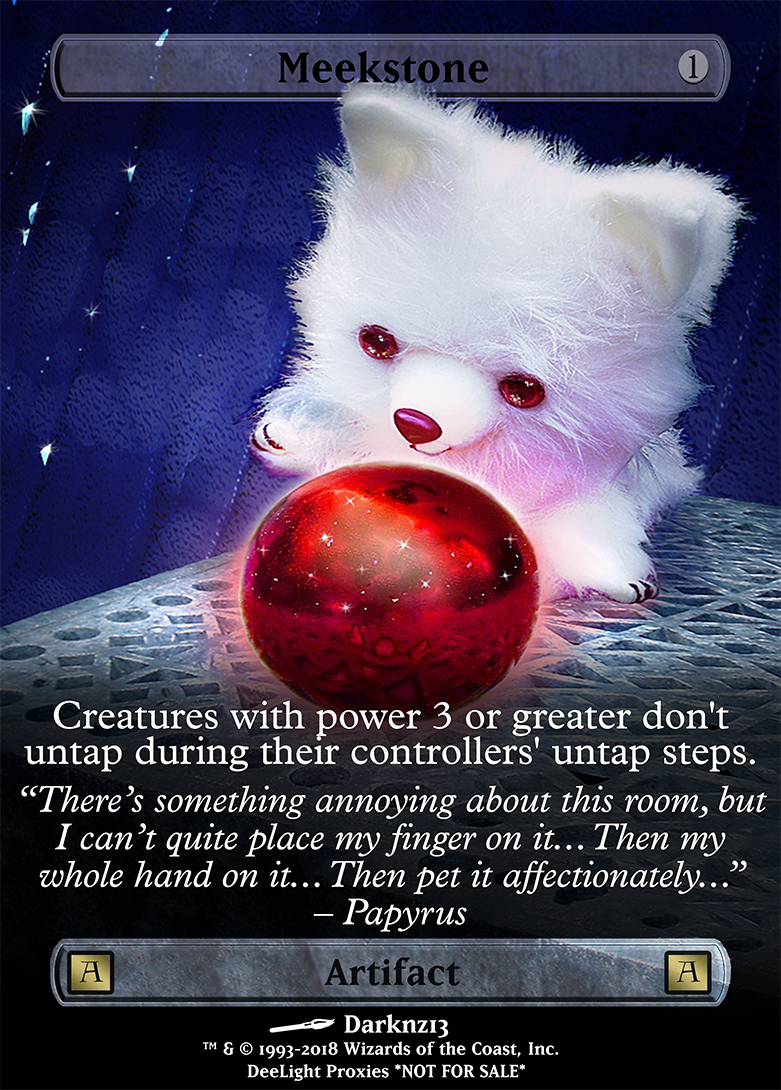 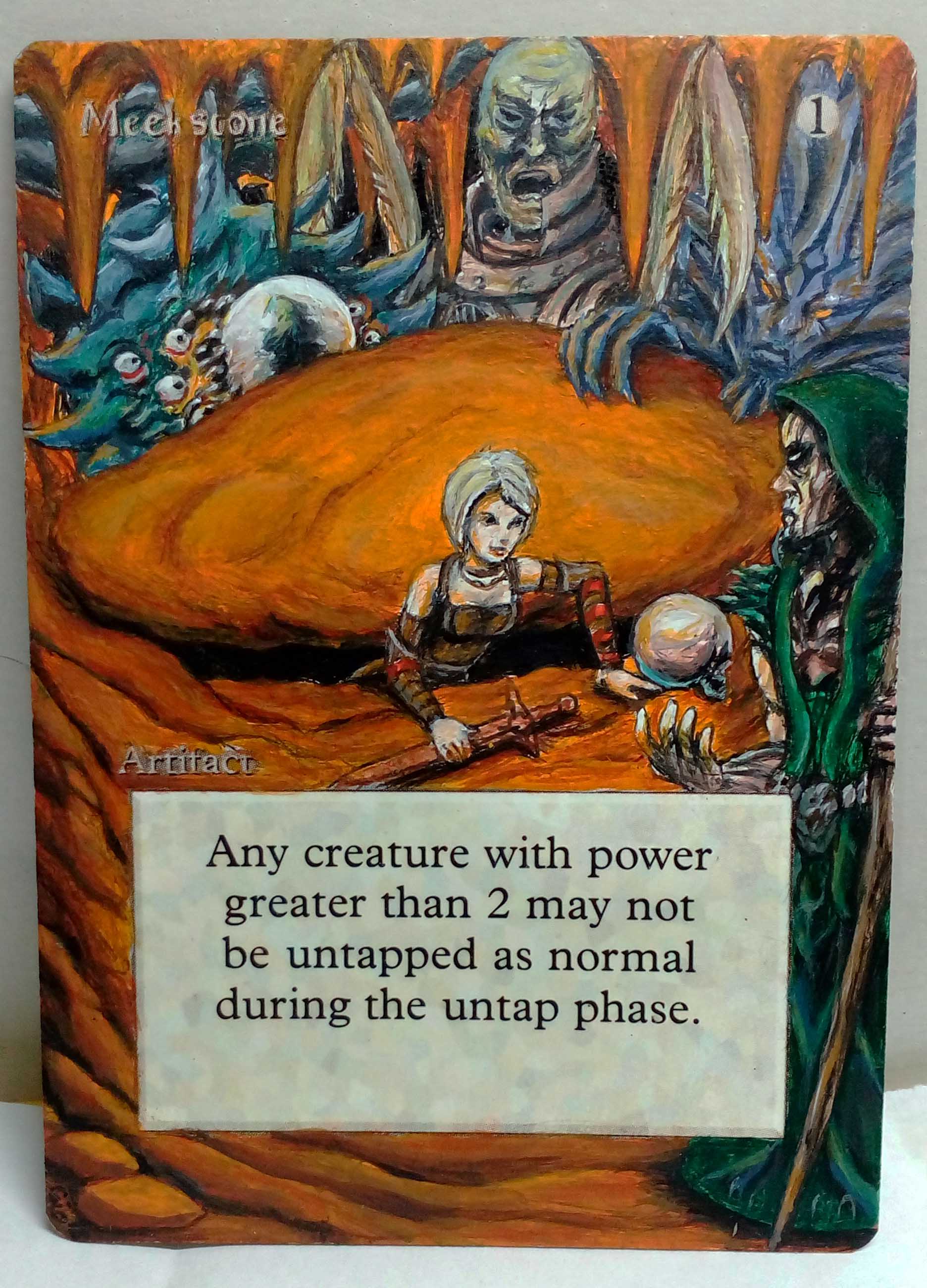 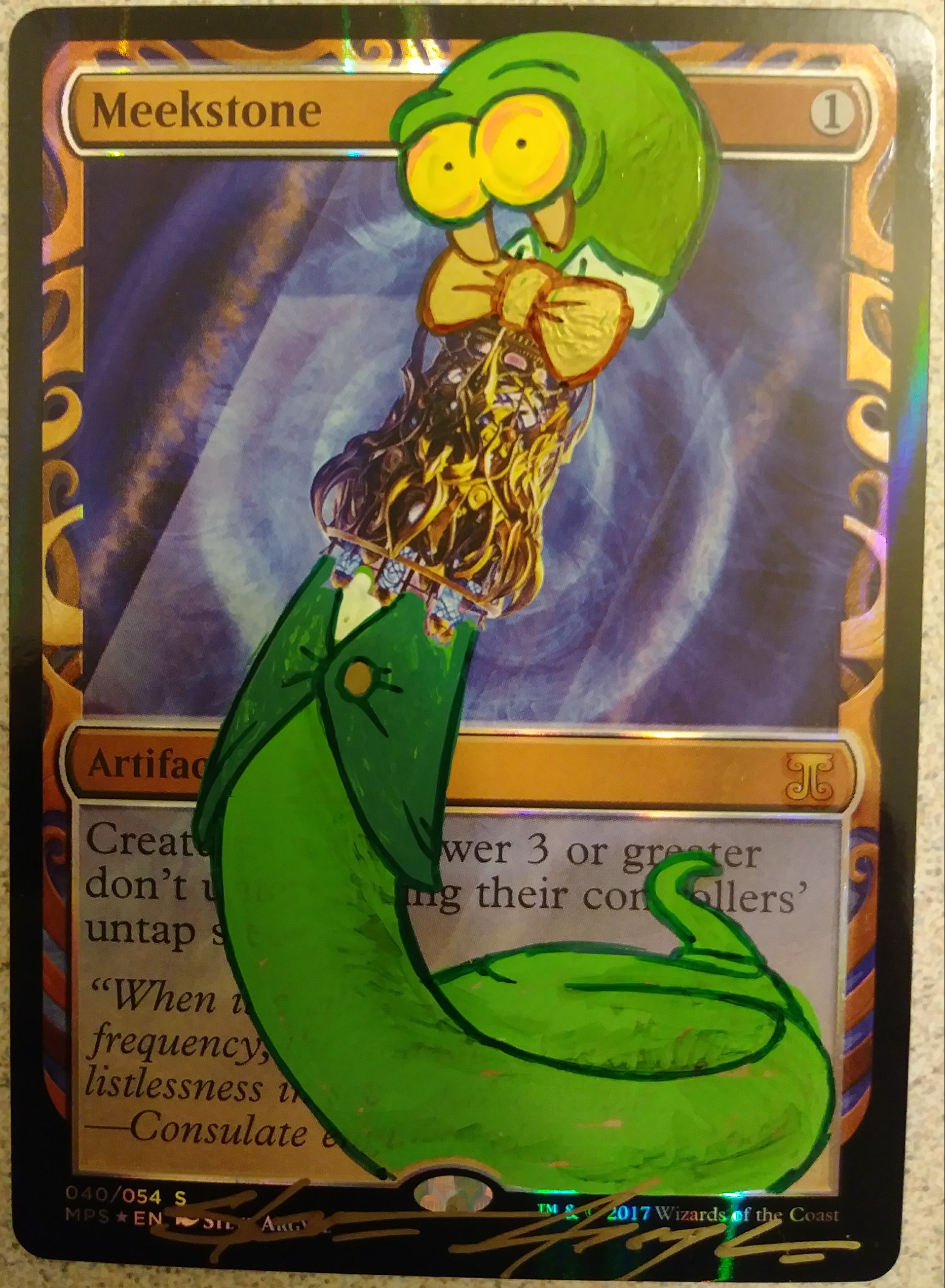 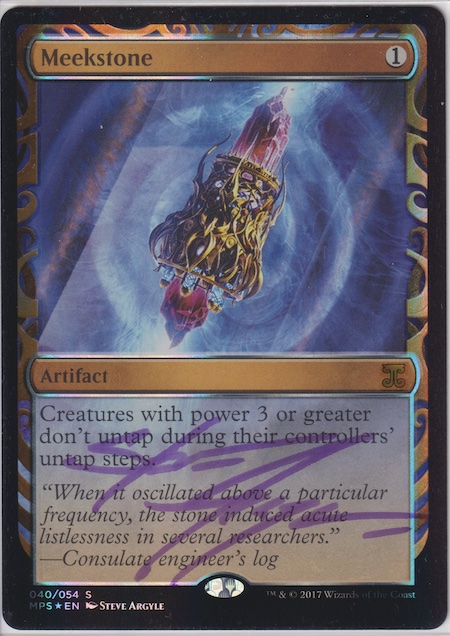