Whenever you cast an instant or a sorcery spell, you may pay . If you do, copy that spell. You may choose new targets for the copy.

Whenever another nontoken creature enters the battlefield under your control, you may pay . If you do, create a token that's a copy of that creature. 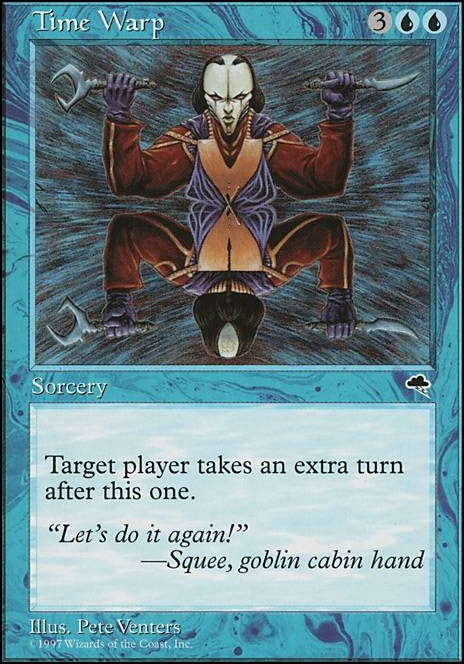 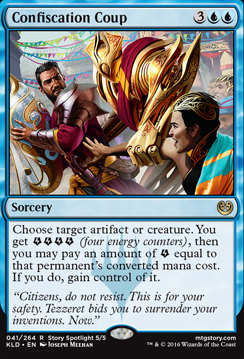 Sultai_Sir on Can you Copy Eldritch Evolution â¦

There's not much else to say. If I sacrifice Riku of Two Reflections to Eldritch Evolution , can I still copy it?

Well you cannot play Footlight Fiend because its black also. I would suggest taking out Volcanic Salvo for Blasphemous Act . Also, I would take out Double Vision because you do not have that many sorceries and instants. I would suggest adding Expansion / Explosion and using that with Wilderness Reclamation to close out the game. You probably should put more ramp cards in because Riku of Two Reflections uses a lot of mana.

One of my pet decks, Riku of Two Reflections Elfball, got a big boost from Strixhaven: Crackle with Power , Ecological Appreciation , and Pest Infestation . But that got me thinking: What are some other instants or sorceries with that same oomph behind them? They don't have to be x-spells. Thanks!

Previews for Strixhaven have finally begun!

I shall first say that I am not particularly fond of the learn mechanic, because being able to obtain cards from outside the game is very powerful and prone to abuse, so I believe that that ability should have bene abandoned.

I also severely dislike the wording on Augusta, dean of order, because players do not attack, their creatures do.

Even further, Will, scholar of frost being able to unconditionally exile permanents is yet another break in blue; it does not matter that the players are given tokens to compensate for the loss of the permanents. Blue is not supposed to be able to remove permanents, other than by returning them to their ownersâ hands, so why does WotC continue to give blue such powerful removal?

Why does Uvilda not use the suspend mechanic? That would have been much easier than creating an entirely new type of counter for her ability.

Willowduskâs ability would be so much better if it could be used at any time, as the fact that it can be used only as a sorcery severely limits its usefulness.

Lisette is mostly worse than is Archangel of Thune , but it is nice to have that effect on a legendary creature, for use in EDH. However, Valentin is far too inexpensive for such a powerful effect; how did WotC think that such a card was balanced?

Breena, the demagogue is very nice, but her ability is useless in one-versus-one games, so any deck that contains her must be used only in games with three or more players.

I do like the cards in the mystical archive, but only two of them are multicolored, thus far, so I hope that more of them shall be. Another reprint of Time Warp is always welcome, to me.

The flavor text on both Blue Sun's Zenith and Krosan Grip implies that the students of Stirxhaven are aware of the existence of other planes, which is actually a nice departure from the majority of planes being utterly unaware of each otherâs existences.

Ward being a new keyword is nice, so I do hope that WotC gives it to all previous cars that had it (which were admittedly not many).

Adrix and Nev render Parallel Lives obsolete, but still cannot replace Doubling Season , due to them lacking that card's other ability. Also, why has the wording been changed from "if an effect would create one or more tokens" to "if one or more tokens would be created under your control?" I dislike that, because there is a difference between a cost and an effect.

I cannot make any room for archmage emeritus in my Riku of Two Reflections EDH deck, but that card will be great for the Elsha of the Infinite

deck that I am currently constructing.

DemonDragonJ on How Many Times Will a â¦

If a player controls Riku of Two Reflections , Ral, Storm Conduit , and Twinning Staff , casts an instant or sorcery spell, and then copies that spell three times, once with Riku, once with Ral, and once with the staff, how many additional copies will the staff generate?

with 30 cards to cut, you're going to have to provide more input before otehr users can get down to brass tacks around helping cut what.

Step one is that you need to figure out what your win coniditon is. Not what the deck deos, how it actually wins. THIS will be the driving force on cutting cards. And don't just say "creatures" or "big spells", that doesn't help. Be specific.

Especially with a Riku of Two Reflections deck which has a habit of getting pulled in two directions (big spells or big creatures), you need to be really critical of what you want. And like most Riku decks, you can't actually have both (case in point, you're at 130 cards).

Once you have a game plan about how you want to win, this will be the driver for everything else.

Hey everyone. I've been around / lurking, but haven't posted in more than a year. TBF I don't usually struggle this early in the brew. I don't need help cutting a few cards... I'm stuck at 130. Yes, really. I'm ashamed, if that helps.

The deck is Riku of Two Reflections -- I started with the new cascade cards from Commander Legends, and then realized I have all these bonkers / win-more cards that double or triple Riku's abilities by playing things for free. So this is, uh... "you may cast it without paying its mana cost..." tribal?

Here is where I'm stuck: I need a ton of ramp to cast big things, I need to cast big things to trigger cascade (plus a lot of the 'cast for free' spells are just high CMC), and obviously I still need enough removal, draw, etc. That said, I know I have too much ramp, and my mana curve is almost an SAT score. And as always I have pet cards that I just don't want to cut.

NOTE: My number one concern is getting to 100 cards with a deck that still does what I want it to do, and my number two concern is that it's fun. I'm not concerned with power level at the moment (tho I'm happy to consider power level suggestions if you're so inclined); ditto with mana curve (efficiency) - no way this deck ends up with a curve much below 4.

Ok, get out the buzzsaw! Be ruthless! My sincere thanks, in advance, for suggestions and feedback.