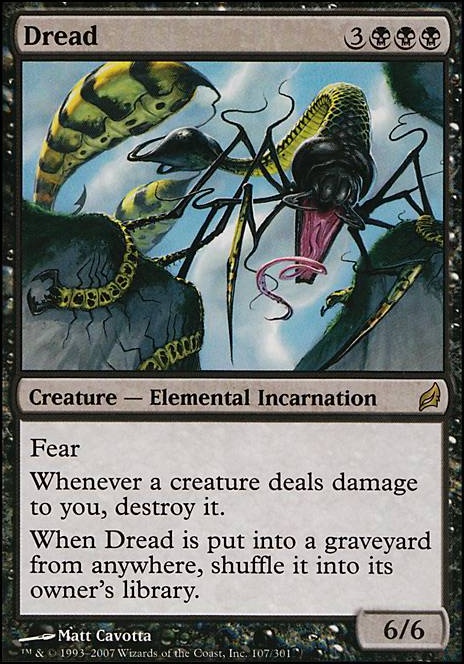 When Dread is put into a graveyard from anywhere, shuffle it into its owner's library.

Dread occurrence in decks from the last year

Queen of Mardu
by LilMissWiz

Atris, of the political party, ETB
by MrMittensSr 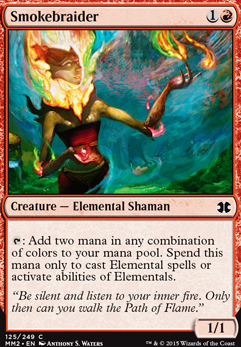 Well that's nice THCue! I feel like your swaps make sense, since attacking is not what I want to do anyways, I'm going to think about those too.

Propaganda was previously in the deck, but I've swapped it out sometime ago.

No Mercy is a functional upgrade: once I'll have enough money for it I'll buy one! Until then, Dread will do fine.

Anyways, keep up the good work and let me know!

It's a good synergy and making it so that they can't attack you with more than a few creatures is a viability. Also like using Insurrection as a wincon is viable. Also I think a prison deck might also be better if you made it Jeskai though for stuff like Isperia, Supreme Judge or make it Mardu for Dread type effects.

Have you considered Dread in place of No Mercy ? It does cost 2 more mana, but, for that additional cost, it is a 6/6 creature that is difficult to block and automatically recurs itself when it dies.