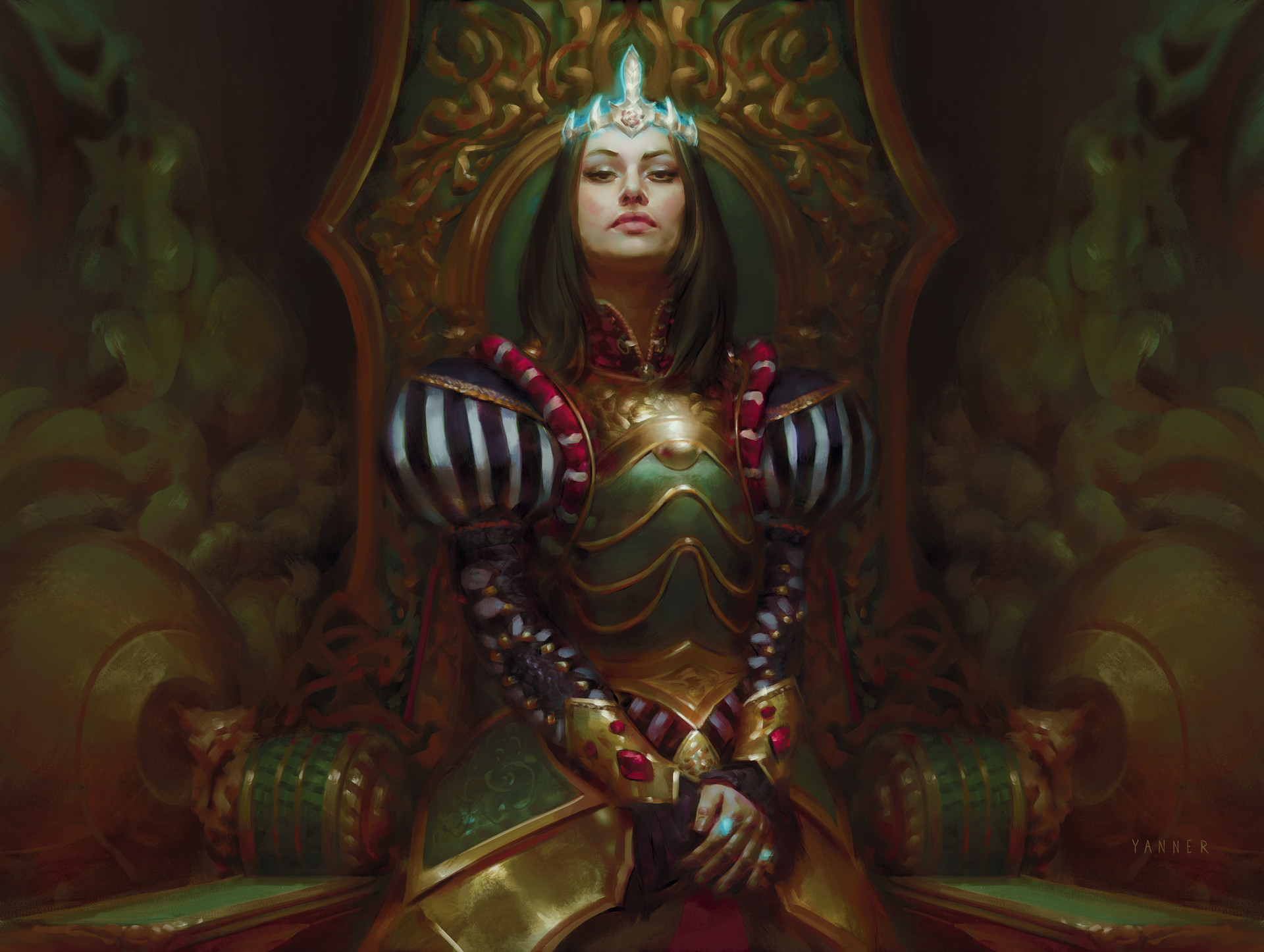 Queen Marchesa wants to control the board with some of the best removal in the game while her monarch value engine finds Revel in Riches or Approach of the Second Sun to win.

The deck name comes from the song Killer Queen by the legendary rock band Queen, which is the perfect theme song for a royal assassin:

Why not play this deck

Defend yourself and blow everything up until Approach of the Second Sun or Revel in Riches win. Card draw effects like monarch, Painful Truths, and especially Sensei's Divining Top helps get Approach of the Second Sun back in hand quickly. Protection spells like Rebuff the Wicked, Deflecting Swat, and Lapse of Certainty help keep Revel in Riches around until it can win.

If those are not to your taste, Assemble the Legion, Insurrection, Debt to the Deathless, Exsanguinate, Torment of Hailfire, and Near-Death Experience are alternative win conditions.

Mardu colors have some offbeat card advantage effects. Luckily Queen Marchesa brings some card draw to the table right from the command zone with her monarch ability. Opponents can steal this effect by dealing combat damage so this deck tries to prevent that with a robust protection and removal package.

There are continuous draw sources in Phyrexian Arena and Twilight Prophet, conditional draw in Esper Sentinel and Alms Collector, and some redirect spells like Wild Ricochet and Imp's Mischief which love an opponent's draw spell as a juicy target.

Finally, there is a Sunforger package that can tutor and play an additional instant spell once a turn. Fighter Class shines in fetching Sunforger and then reducing its equip cost. This is a strong late game card advantage engine that doubles as a toolbox of protection spells so monarch stays active too.

Hail to the Queen, Baby

All Hail the Queen