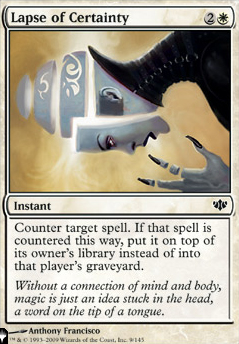 (could run some number of rituals to "combo out" faster, allow things like Jokulhaups + Combo Piece more quickly.)

Cool deck!!
Sigarda's Aid seems good.
Inventors' Fair seems playable.
Salvage Scout or Buried Ruin allow you to return a destroyed artifact.
Not sure if you would run any of Lapse of Certainty or Pyroblast or Tibalt's Trickery for your sunforger package.
Just some ideas cheers!

Hiya! Long time Boros player here, got some thoughts on your deck.

The biggest thing I can see with your deck- you aren't running many tribal payoffs. PLaying a deck full of soldiers just because you like soldiers is fine, but you might as well reward yourself for sticking to only soldiers. There are soldier tribal payoffs and generic tribal payoffs, I recommend running more of them as I only see two cards in your deck that actually reward you for running a ton of soldiers.

The next thing- there are some choices among your different categories that I think should be adjusted. For example, I think you're running just a bit too much removal. Running too much removal can actually be a bad thing- you don't want to spend too much time on removing your opponent's threats, you want to make sure you're developing your board. Running too much removal leads to games where you draw a ton of removal and don't draw your key pieces. I recommend cutting one or two pieces of removal, probably Lapse of Certainty imo. For your ramp I recommend replacing one of the mana rocks (probably Worn Powerstone ) with Dowsing Dagger Â Flip as it synergizes better with your deck that wants to attack with creatures. For your card draw, you're running some rather suboptimal choices. I would cut Staff of Nin and Mind's Eye in a heartbeat, the cards are way too clunky, way too slow, Boros has much better options nowadays. Look at some of the impulsive draw options we've gotten recently. Stuff like Showdown of the Skalds or Light Up the Stage is much better. Finally, you're running too many non-soldiers in the deck. A lot of them make soldiers, but it might be better to not run them and run actual soldiers.

@king-saproling oh boy you threw out a bunch of cards without explaining any of them. Since you were nice enough to comment, let me explain my thoughts on them.

Long version: I've already got a good amount of protection spells in my deck, including the two free ones that came from C20, so I don't feel the need for extra protection spells, especially ones that feel rather mediocre like the ones you mentioned. Getting more combats out of them with Aurelia is cute, but still doesn't make them any better than the protection spells I'm currently running (Deflecting Swat, Flawless Maneuver, Boros Charm, Teferi's Protection). Lapse of Certainty feels like it falls into the same category, I think I like Deflecting Swat much better.

The spells that let you either end the turn/take an extra turn but then you lose the game feel a bit too all-in for me. My deck can win just fine without them, and I'm not abusing any sort of combo. I have thought of angel's grace before, but it still feels a bit too situational for my liking. Most of the game it's gonna sit dead in my hand.

I'm not a fan of tap lands, so I actually cut Mistveil Plains from the list (the only tap land I play is Myriad Landscape because it's decent ramp). I also cut Signal Pest from the deck a while ago since it's cute, but not much better than that. Hero of Bladehold has a battlecry effect that's way more powerful. Treasonous Ogre is also way too all-in, and if I want a red ritual-type spell then I would look into Jeska's Will or Neheb, the Eternal or Mana Geyser before I woud consider the ogre. Knollspine Dragon is a cute wheel effect, but it's a whopping 7 mana. When you take a look at my two 7-mana spells in my current deck, they are game-winning powerful. The dragon isn't nearly as good as either of them. Then the big 5-mana damage enchantments I'd much rather have on a creature, which you can see is the case with my list.

So thanks for all the suggestions, but unfortunately I'm not a fan of pretty much any of the cards you suggested in Aurelia.