Whenever a source an opponent controls deals damage to you, that player sacrifices a permanent. 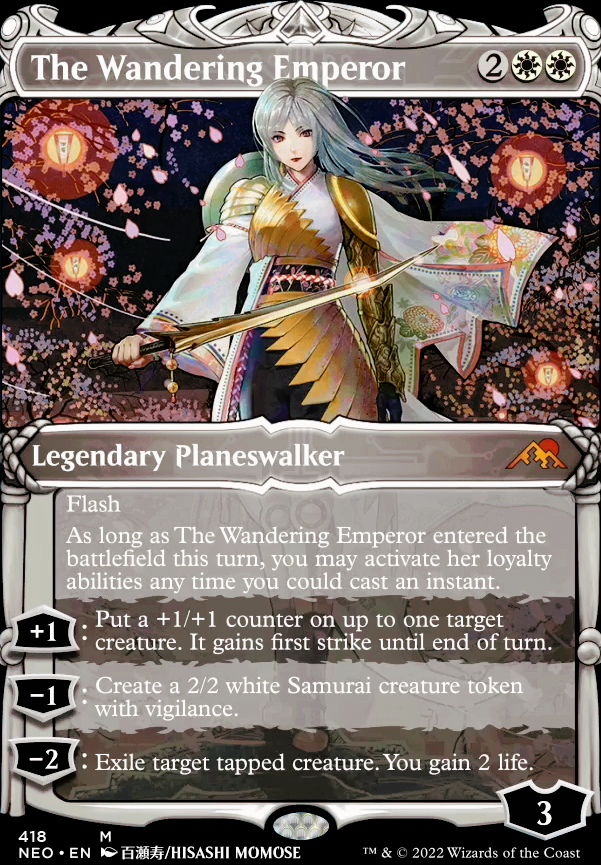 I have a Teysa, Envoy of Ghosts main goal is to get opponents to attack me. I believe I have a good amount of Tempting the attack and forcing the attack. Now for the payoff for doing that to me. So far I have Blessed Reversal Comeuppance Inkshield Michiko Konda, Truth Seeker Mirror Strike No Mercy Norn's Annex Revenge of Ravens Angel's Trumpet Season of the Witch Any suggestions are appreciated. Here is also the link to the list

NTakamura on Commanders you have built in â¦

I would like to use this thread to share my deck called, Hit Me where I use Teysa, Envoy of Ghosts to lure attack at myself. Since there is no way to make the attack Directly at me i thought i would make it beneficial to attack me. It is a mix of Monarch, curses on myself, Maddening Imp,Magnetic Web and the Coveted Jewel to make attacking me more appealing or just force attacks. But catch is I would use cards like my commander, Entrapment Maneuver, Oath of Kaya, Michiko Konda, Truth Seeker to Punish the attacks. So it creates this little game of do I attack him.

So let's here how you built your commander in a unconventional way. And what are your thoughts on my deck?

Michiko Konda, Truth Seeker just to double up on the destroying of attacking creatures. Batwing Brume to add value to being attacked. Righteous Cause to offset any damage you may take. Blood Reckoning to speed up people losing life.

Most attack everyone things I can think of are in red like Grand Melee.

Hope some of them may help.

I've built 4 decks that I would consider having a unique cmdr. I can only share the decks of 2 of them with you today.

The first deck was built around Kiku, Night's Flower. Bring her out and holding the 4 mana up over your opponents head was a sweet tactic that caused your opponents to change what spells they are gonna play. So that was fun. That deck I built a while back and I can't share that with you.

The second unique cmdr I built around is Kagemaro, First to Suffer, similar to Kiku, holding a board wipe over peoples heads is a lil bit of a struggle for your opponents to play around. Because this deck is built to abuse board wipes its pretty fun for me. Not anybody else though. They all hate it. Nobody likes getting board wiped over and over again. Oh it's also a Demon tribal. That deck can be found right here

The third deck is built around Multani, Maro-Sorcerer, the original concept of the deck was to have every creature in the deck to have power and toughness greater than its casting cost. Also to have as many ways or drawing cards from casting creatures. That deck has evolved alot. You can see it here

The fourth and last unique cmdr I built a deck around is Michiko Konda, Truth Seeker. I built this deck to have tons of protection against removal. So naturally it was life gain, enchantments, and angel's with recursion built in. And a win condition that was Avacyn, Angel of Hope + Worldslayer. I don't have that deck on tapped out either. I still have this deck though. 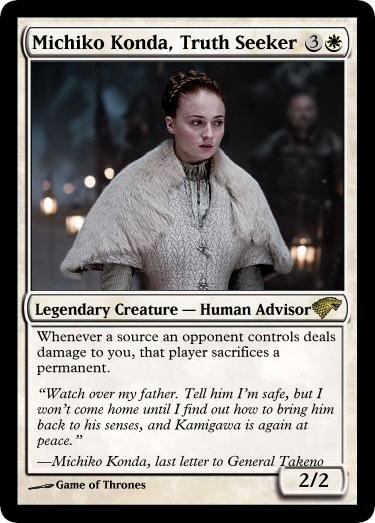 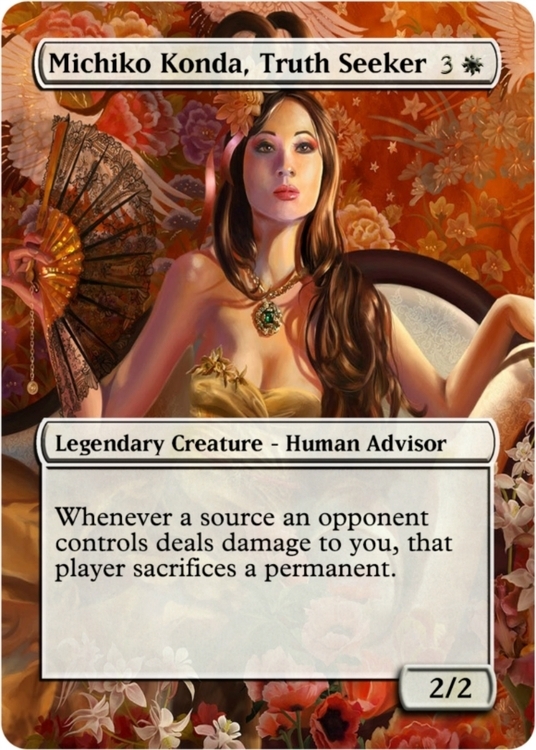