When Stormbreath Dragon becomes monstrous, it deals damage to each opponent equal to the number of cards in that player's hand. 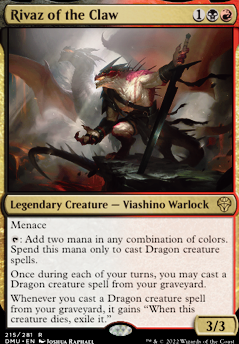 Hello, I also wanted to list some dragons (i think most of them are budget):

Dragonlord's Servant: Pretty straightforward, helps ramp into all your dragons.

Demanding Dragon: I think this is a good contender for adult gold dragon's spot, since they both have immediate board impact but this one's a 5/5 instead of a 4/3. (adult gold dragon dies to Dragon's Rage Channeler ;-;)

Thundermaw Hellkite: Classic dragon powerhouse. Might be better in the sideboard, but still great against any deck with flying creatures. Beats up fairies, good against spirits, and delver+drc+murktide decks.

Terror of the Peaks: A great card, but might not be as good here since it's pretty slow and has no immediate board impact. Overpriced as well.

Dragon Tempest: Also helps speed up your gameplan by making all your dragons hasty, and wipes the opponents board at the same time.

TriusMalarky on Well put together decks that â¦

Stormbreath Dragon was a 3/4-of in Modern Skred for a long time. It's still very very good in Path-heavy metas, and it's probably worth running one or two if UW(x) control is something you struggle with.

Thundermaw Hellkite might have seen play at one point, but honestly it's just the option you use against BW tokens, which isn't a super common deck anyways.

Both are easily outclassed by Glorybringer most of the time. It represents a 2-for-1 that can easily become a 3- or 4-for-1 if the opponent fails to remove it. While the other two are good, Glorybringer is better except against Path-Snapcaster decks and Bitterblossom / Lingering Souls decks, both of which are rare enough that it takes a really weird local meta for Thundermaw or Stormbreath to be the better choice.

They're all also ~$2 and fill a slot that you typically only have 4-6 spaces for.

I donât really see them being played anymore. Maybe in EDH Dragon decks?

Stormbreath Dragon used to be played in Modern Ponza sideboards but idk if it does anymore.

On the topic of dragons with equivalent mana costs, thoughts on Thundermaw Hellkite and Stormbreath Dragon ?

It's a shame Hypersonic Dragon doesn't do as well as these other cards in a 60 card deck. Well, I can always use it in casual against crappy decks:) 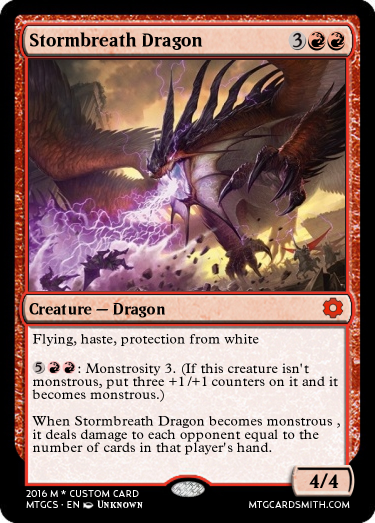 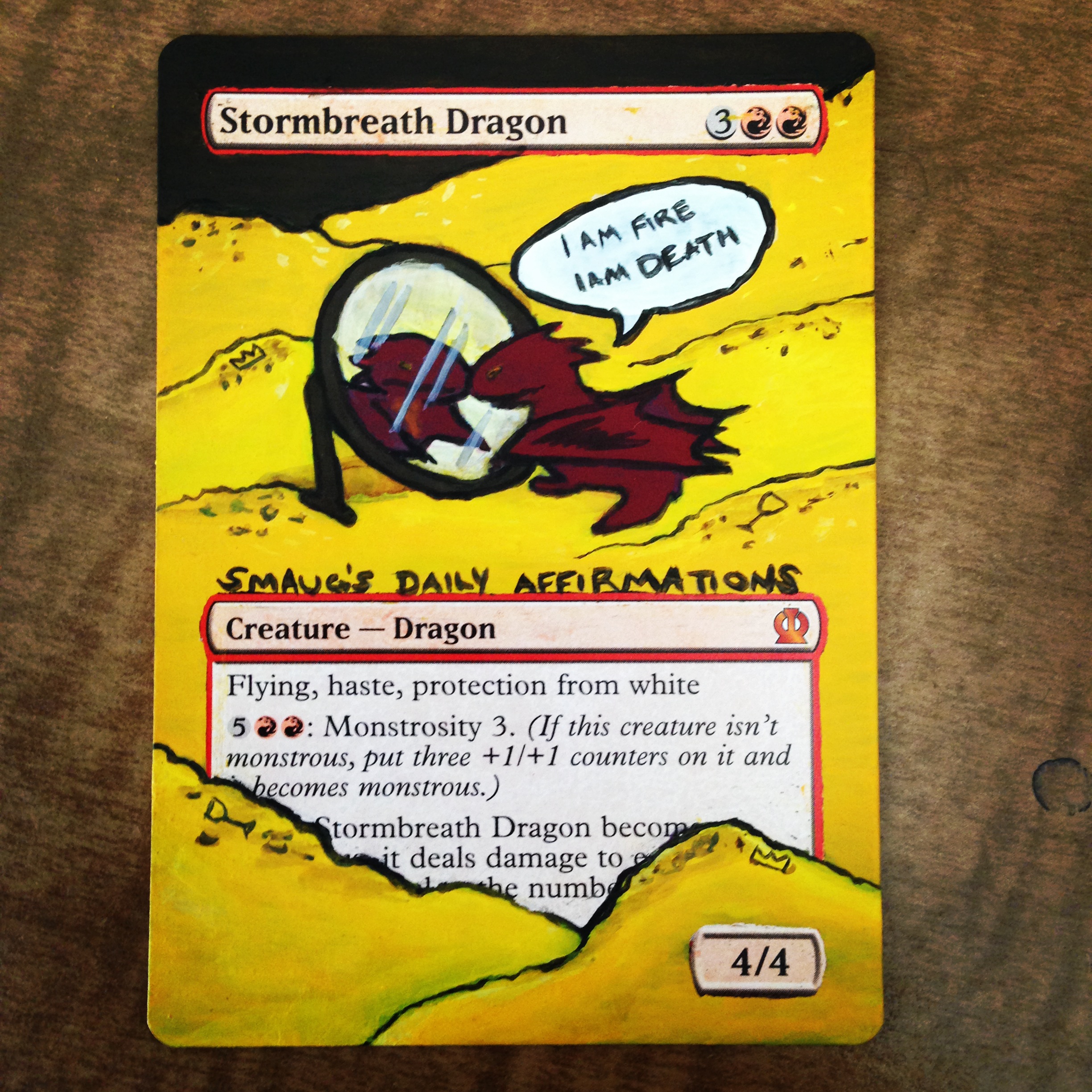