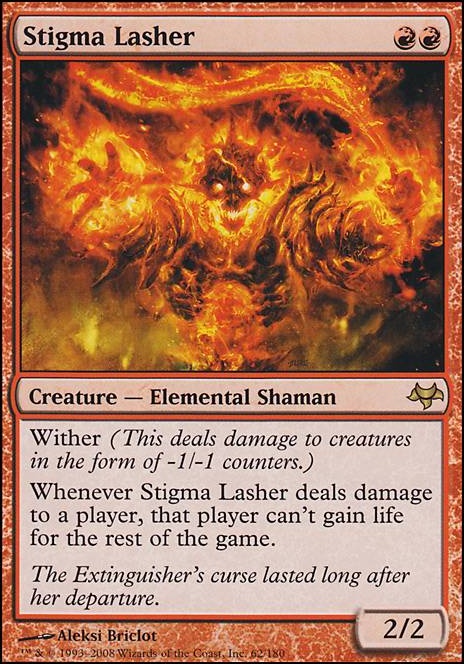 Whenever Stigma Lasher deals damage to a player, that player can't gain life for the rest of the game.

It's High Noon
by shwanerz88 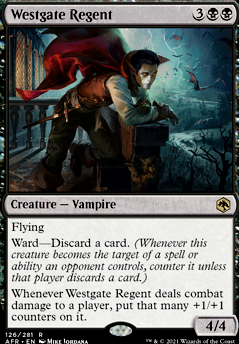 No worries, I figured Mangara was likely a meta-dependent tech choice. One of my meta tech cards is Stigma Lasher, since we do have a few decks in our playgroup that utilize life gain.

Let These Wagons Through â£