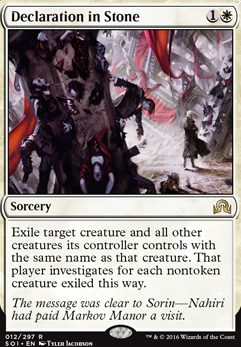 Exile target creature and all other creatures its controller controls with the same name as that creature. That player investigates for each nontoken creature exiled this way.

Declaration in Stone occurrence in decks from the last year 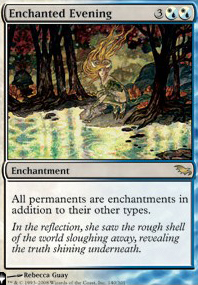 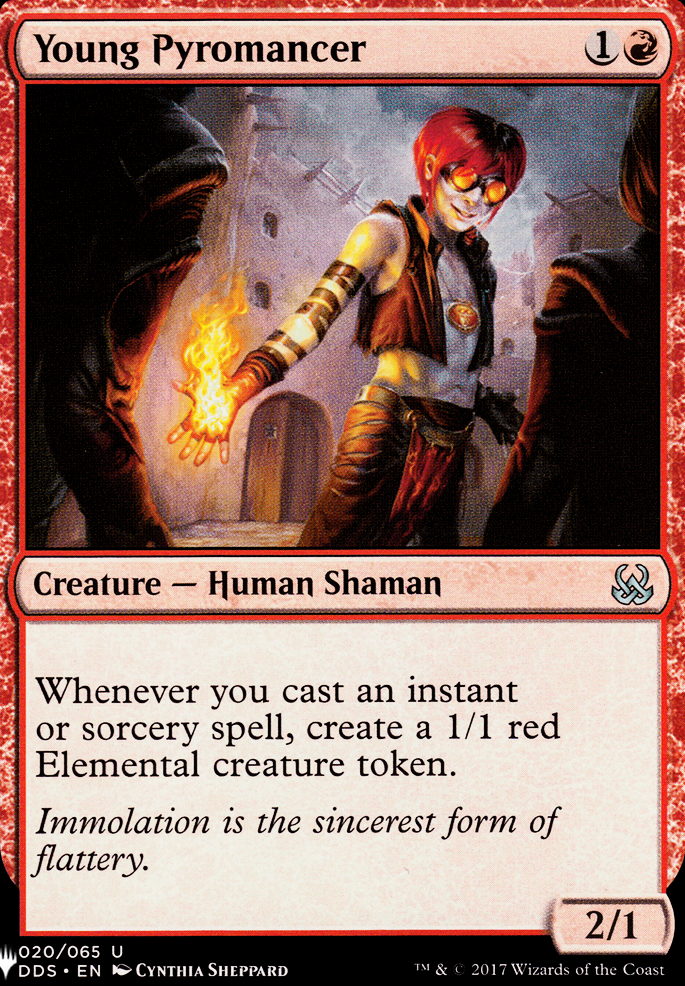 Just for some extra options in mono white, I like the cards Collective Effort and Declaration in Stone as strong removal.

You could take out a single land I haven't play tested it with less lands but 37 is a good amount,Declaration in Stone could be cut just because there is a lot of redundancy in the exile

I like playing white weenie in pioneer, so please see my bellow recommendations.

I recommend reminding the Giant Killer and adding 1 more Declaration in Stone because dec in stone allows you to kill any creature, whereas giant killer only focuses on 4 CMC or higher.

I recommend removing 2 plains and adding 2 Knight of the White Orchids because the knight acts as a quasi plains and it's awesome to play it on turn 3 because you get to put a plains onto the battlefield and then play your land for turn, thus, giving you 4 lands on turn 3.

I recommend removing the Legion's Landing Â Flip and the Gryff's Boon for 3 Boros Elites because it is a lot of fun attacking with 3 creatures on turn 3 and making the elite a 3/3 creature (that's a lot of 3's :D).

Have some removal would be nice. I suggest Declaration in Stone over Ajani's Welcome or Path of Bravery because you don't really need more incremental life gain. Another card which is one of the strongest in pioneer is Brave the Elements. It would help you protect your angels or close out the game.

Declaration in Stone Could help

We get relatively close to a depiction in Declaration in Stone. I cannot confirm it, but I do believe that we see Markov Manor in the background of Sorin, Lord of Innistrad.

I don't think it's right to allow a continuous creation of deathtouch tokens from a land, but the flying and lifelink are good.

It would be kinda daunting to see this land untapped with 3 available mana whenever you would attack with a land walker.