Whenever an opponent draws a card, Nekusar, the Mindrazer deals 1 damage to that player. 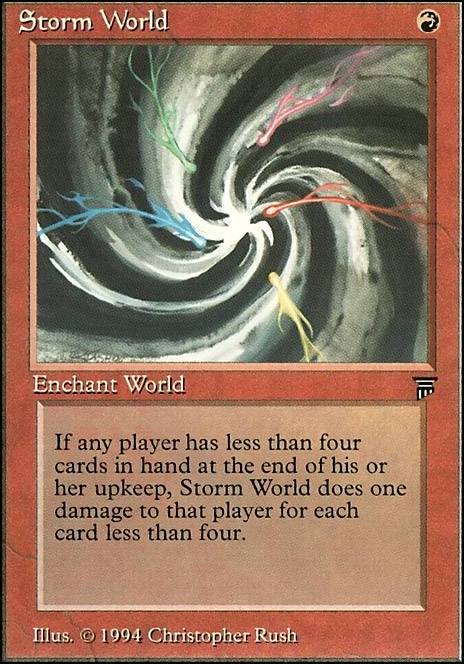 Draw Your Last Breath
by LordPain88 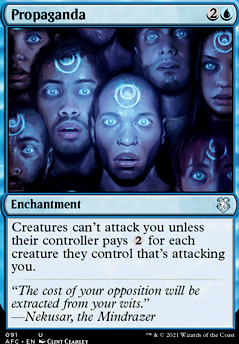 Draw Your Last Breath
by LordPain88

I actually don't need the rocks any longer, but i do have some other wants i haven't checked your binder for yet. Nekusar, the Mindrazer, Kami of the Crescent Moon, Howling Mine, Wheel of Fate, and Spiteful Visions. Everytime i check to see if anyone has a card im am looking to trade for your name is the only one that pops up. You have a great collection. :p the remora is still my priority though

If you would draw a card, you may instead put the top card of your library into your hand.

When you get a thought, make sure it doesn't get you.

For that protection against Nekusar, the Mindrazer, Consecrated Sphinx, and other draw punishment.

Create a legendary creature with a one-word name.

My favorite commander for this type of case, and forgive me for saying this again (as some will recognize that Iâve posted this before), is Nekusar, the Mindrazer. This gives everyone extra cards to play with while putting the game on something of a clock. In my torture deck (itâs all Razor Pendulum, Thumbscrews, Skullcage, and whatnot) youâve got a perpetual albeit slow drain on everyone, but it still lets them get cards and play. Pretty hard to beat that combination.

Peoyogon on Are there any Commanders you'd â¦

I thought that Kami of the Crescent Moon and Seizan, Perverter of Truth would be such a cool pair. It would be an interesting alternative to Nekusar, the Mindrazer

DemonDragonJ on Crystal Ball or Soothsaying?

I have a copy of Scroll Rack in my Nekusar, the Mindrazer EDH deck, because I believe that it is a very awesome card, but, without a way to put cards from the top of my library elsewhere in it, I will simply draw again cards that I put away with the rack, a task that I am currently using Crystal Ball to perform, but I wonder if Soothsaying would be better for that task. Currently, with the ball, I can optimally exchange a maximum of two cards in my hand for cards from the top my library, but, with Soothsaying, I can exchange my entire hand, provided that I can afford the cost of the enchantment's first ability. Therefore, I am contemplating replacing the artifact with the enchantment, but I wish to ask for everyone's opinion before I make any decisions on this matter.

What does everyone else say about this? Should I replace Crystal Ball with Soothsaying, or keep the current card?

Previews for the two Innistrad sets have begun! Only a small number of cards were revealed, but I am very pleased with them.

Here is a link to the article in which the information was revealed, if anyone wishes to read it.

Play with fire and infernal grasp render both Shock and Doom Blade obsolete, but I imagine that not many players shall miss those cards, to a great extent.

Champion of the perished is a nice reference to Champion of the Parish, although I really think that it should have had the soldier type, since the original was a soldier.

Triskaidekaphile is awesome, and I absolutely shall put it into my Nekusar, the Mindrazer EDH deck, as that card would be an excellent addition to that deck. Having thirteen cards in hand is not especially difficult in decks that are designed to have many cards in hand, so I hope that that creature does not prove to be too powerful for most formats. Also, this is one of the few instances in which I prefer the normal artwork to the promo artwork, because, as nice as the promo artwork is, I feel that the normal artwork does a better job at portraying the idea of the card.

I am pleased to see flashback return, again, but that definitely decreases the chances of unearth returning, which is disappointing, since flashback has already been used on Innistrad, whereas unearth has not been.

The basic lands with dark and creepy artwork are amazing, so I definitely hope to obtain some of those for my decks.

I see that Wrenn has returned, and with a new treefolk companion, so I wonder if she shall play a role in the story?

The packaging artwork for Crimson Vow heavily implies that the wedding will actually be between Olivia and Edgar, which is very interesting, as it raises the question of where Edgar has been for this entire time.

Is anyone else excited for these sets? I certainly am!

personal assumption
i have never witnessed anyone complain or freak out about decks designed to run Hullbreacher even when they combo it into a win. However, i have witnessed people freak out and complain about anyone running blue just dropping a Hullbreacher in response to a wheel, effectively shutting down the ever so popular Nekusar, the Mindrazer decks. i would assume those complaints have a large impact on the ban decision.