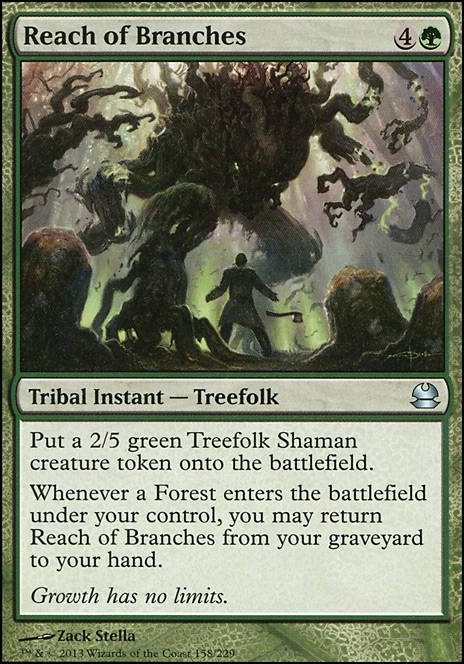 Whenever a Forest enters the battlefield under your control, you may return Reach of Branches from your graveyard to your hand.

The Last March of the Ents
by SnailOnSpeed

Tana, speaker of the trees
by krossbow

Wandering the Glade
by VestedTeacher 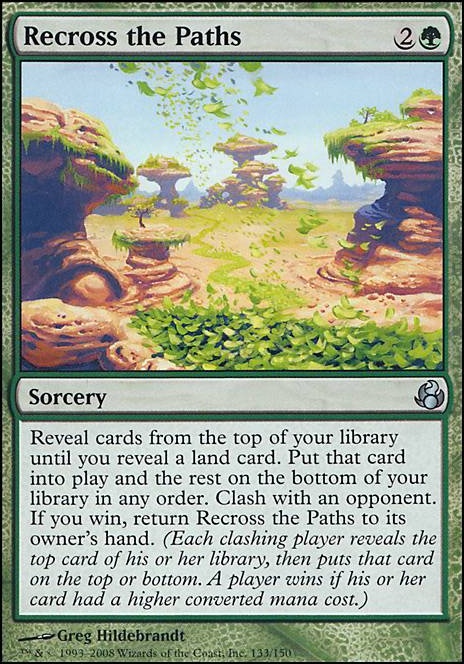 I am Doran, I speak for the trees
by aqwerty

If you really want to do +1 counters you should get at least one Proliferate card. Not only do you get more counters on your creatures but you can put more counters on Orochi Hatchery and Angelheart Vial . Contagion Clasp , Contagion Engine , Karn's Bastion etc.

Ok, first and foremost: Why didn't I know Reach of Branches exist? That card is beautiful. Thanks for showing me, Funkydiscogod.

@topic: I'm running a turtle tribal based on Assault Formation, and a great card there is Benefaction of Rhonas. At worst, it's an expensive filter spell that can help you find Doran or Formation. And depending on how many enchantments you have, it can basically become a green Divination.

Another option for a third toughness-strike could be Huatli, the Sun's Heart.

@sea monkey The trinisphere, vivien and ballista serve a really specific role in making this deck tick, and they are what makes the deck expensive.

For a more budget list, I'd look at Beast Within , Rootgrapple , Dungrove Elder / Heartwood Storyteller , with Reach of Branches , so that you have creatures consistantly beefy enough to slow the ground game, then sideboard aggressively against burn/aggro with Pulse of Murasa .

Eternal witness/Primal Command /plow under is really, really strong together, so I wouldn't look at replacing that.

I run a mono-green Manlands EDH deck and have found that Reach of Branches comes in surprisingly useful, esp. if you don't have enough draw. Maybe it woulds work here?