Whenever a player casts a noncreature spell, each of that player's opponents may draw a card.

Treefolk and Trees
by skalisty 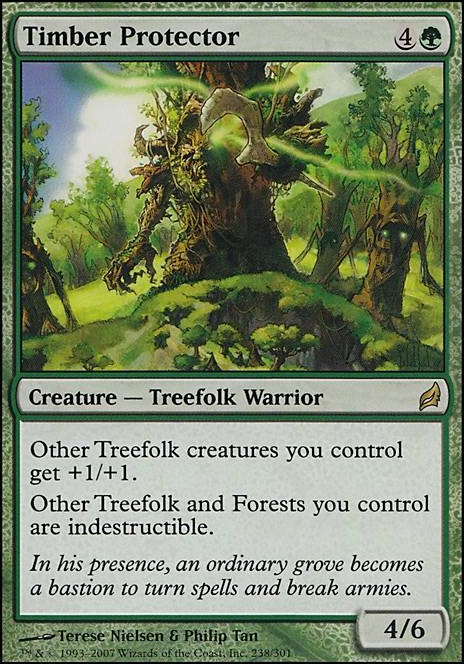 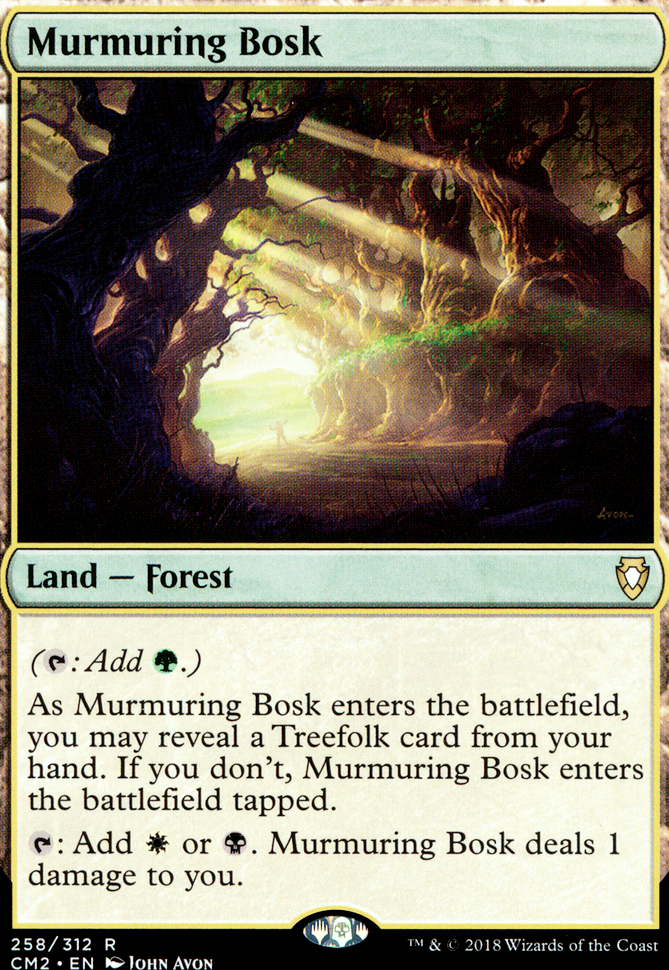 Lanzo493 on Dealing with Kinnan

Kinnan is my cEDH deck. So Iâll divulge lots of the strategies. Youâll want to stop the infinite mana, but thereâs a lot of ways that it does infinite mana. Mainly, just 2 categories. Storm off with Tidespout Tyrant or Isochron Scepter / Lithoform Engine with Dramatic Reversal and mana positive mana rocks or do infinite untaps with Freed from the Real , Pemmin's Aura or Basalt Monolith . With the introduction out of the way, letâs talk interaction. The best would be Null Rod type effects. You canât run Cursed Totem sadly given your commander. Cheap enchantment or artifact removal is also good. Heartwood Storyteller prevents them from storming off easily. So would Damping Sphere . Grafdigger's Cage could work. Although it is narrow, if the only infinite mana outlet they have is Kinnan, they wonât be able to use his ability. It also stops Chord, Finale, and Green Sunâs Zenith.

Right. We want more of a Heartwood Storyteller/Glademuse effect if we can get it. At this point we might just have to hope WotC really like green. Lol

heavyuser: A very strong case could be made for it if Paradox Engine got unbanned, but as it stands, it really isn't necessary. It was a very essential hail mary, since all of the weight was on Temur Sabertooth before, but we now have 3 viable combos and they're all tutorable.

However, please note that Generous Patron is consistently on the chopping block, and if you lack the proper infinite mana line and can't bounce it repeatedly it's pretty much a 3 for 2 when you need an outlet. You could make a consideration for it there, since infinite mana and Genesis Hydra is as good as having Duskwatch Recruiter Â Flip, which has become the best kind of outlet (ones we can sink our mana into).

As it stands, that would be the best swap, but in reality, we're really looking to replace Generous Patron with another Heartwood Storyteller, Runic Armasaur, Glademuse, or Beast Whisperer. Until we get another creature like that to replace her, she's just the "best" at what she does in monogreen.

If you want to keep playing with Genesis Hydra, swap patron out and let us know how that goes! :)

Inkmoth on What's Your Favorite Deck?

This is my favorite deck of all time and my magnum opus. It's a monogreen list with Yeva, Nature's Herald at the helm. It has been geared and tuned to play formidably within the most current cEDH meta. It can win on any turn, phase, or basically any instance in which priority is passed. For that reason the deck list can get away with running cards like Heartwood Storyteller, which hard counter Ad Nauseam, Underworld Breach, or Isochron Scepter + Dramatic Reversal.

An opponent once went into an extensive counter war to resolve his Ad Nauseam, before it could resolve I casted Heartwood Storyteller. He drew half his deck, but upon attempting to combo off every single card netted the table a draw... eventually another counter war ensued drawing me more than half of my deck, once the player went for his Demonic Consultation with Thassa's Oracle's effect on the stack, I stormed off with an Veil of Summer + Allosaurus Shepherd protecting the most critical pieces of my combo.

You can check out the primer to learn how to storm off on other people's turn and actually win in Monogreen.

I mean, just wait a few sets when we starting running howling mine on a creature ;)

precociousapprentice I'm glad you like this variation on the list! I've found mild success with a few others, but I think this allows for the most abuse of Yeva, Nature's Herald, even if there is a small chance another version is more competitively viable, this let's us abuse instant speed the most.

Between our massive creature layout letting us toolbox hard at instant speed, break our muses in Glademuse and Seedborn Muse, we find this version let's us cast a timely Skullwinder when everyone is out of interaction for a win, or to go off in response to a storm deck like farm/turbo naus lists with a Heartwood Storyteller.

With these functions, and the results of the list, we have many ways of proving this deck is one of, if not being the most powerful deck in the format at controlling large stacks. In doing so it's both been a very unique experience, a hugely performing deck, and one of the most fun decks I've played or played against, the deck makes sure to keep opponents in the game, rarely locking people out just to win on top of them all.

I'll continue testing the deck, but I think this version is at or nearing the peak performance this list should expect, sitting around tier 2, leading to a meta-killer against farm lists, however a subpar choice for metas involving the Yurikos, T&Ts, Kess's, and Snoop Piles, which I want to look towards to fight in the future.

Anybody catch the new grouphug tag? lol (Aikido for sure)

So, our main draw power comes from Glademuse, Heartwood Storyteller, Beast Whisperer, Oakhame Adversary, Sylvan Library, Regal Force, and some tutors that double up like Woodland Bellower or Shared Summons?