Enchanted creature has, "(0): Untap this creature. Play this ability only during your turn and only once each turn."

As long as enchanted creature is white, it has "Tap: Untap target artifact, creature, or land. Play this ability only once each turn."

Welcome to Bully Town
by Merjan1 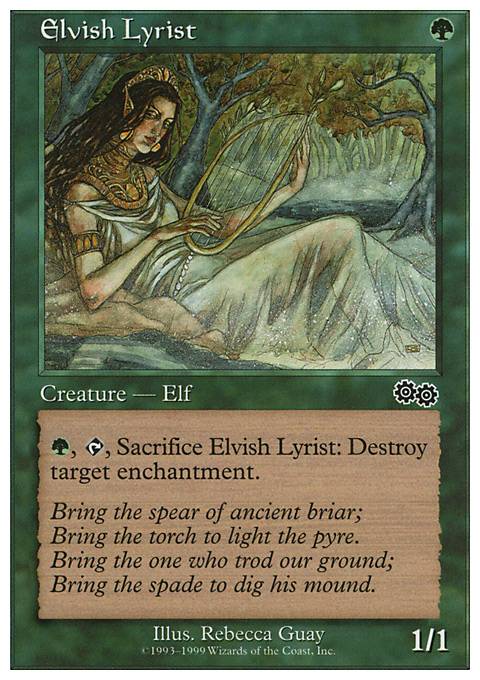 Ah, ok. If you are looking for more ways to untap him, you could try cards like Nature's Chosen and Instill Energy. They can only be used on your turn, but perhaps you can find some use for them?

Untapping Gilanra seems like a good way to generate lots of mana and draw more cards. Seeker of Skybreak, Instill Energy, Nature's Chosen, Curse of Bounty, and Patron of the Orochi are good options for this.

Knowledge Pool and Possibility Storm might interest you too. They allow you to get multiple Krark triggers and they turn his downside (getting the spell bounced to your hand) into a bonus.

Omniscience_is_life Ah yes, I had thought about Nature's Chosen but went for Instill Energy . It doesn't work that well though. The haste is only relevant when you have 7 mana in turn three or four, which really never happens. But it let's Atla untap and is great for giving haste to Blightsteel or Ulamog. Mutavault and Sundering Growth I am running, but Cream of the Crop seems amazing here!

Oh yeah, I put my deck back to private... aaand it's back in. It's still a protype: Monster Omlette

Quickspell you're not wrong, I do have a lot of creatures--but I also think you'll find noncreature gems with high synergy like Nature's Chosen , Mutavault , Sundering Growth , and Cream of the Crop (that one's basically scry 10 with Ulamog!)

Sorry if any of those cards I spotlighted are ones you already have in the deck, your link seems to have stopped working so I couldn't double-check :/

Pennieman hi! Thanks for the suggestions, let me go through one by one...

The Talismans are indeed powerful cards, but I don't need more ramp for this deck and they aren't as powerful (IMO) as the signets in 3+ color decks.

Shields of Velis Vel sure is funny, but I'd rather not have one-off effects that rely on my opponent to do something to work.

Maskwood Nexus looked exciting when it was previewed--it's just a lot of mana, and I don't want to sacrifice most of my creatures on the off chance I get a better one. Not good gameplay.

Instill Energy is just another Nature's Chosen , and I decided Chosen is better. If I find an opening I might double up and add Instill, but it's not looking likely RN.

Thornbite Staff is super-duper powerful, no question. However, I'm not running any infinite combos in this deck ATM, and I don't want to add any for the time being.

Scroll Rack always crosses my mind when I'm thinking of cards to pick up--but since it only gives me pseudo-draw I don't think it's worth having the extra synergy with Atla. In the department of stacking my deck, I'm still not sure to what power level I want to take this deck... but when I do, I'll figure out how much of that I need. And who knows? Maybe the Rack will go in then :)

I'll take a look at your build sometime today, thanks so much for taking the time to comment on mine! 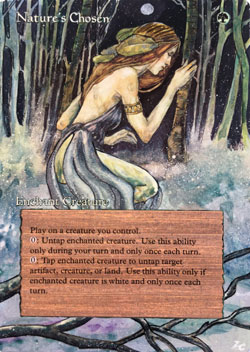