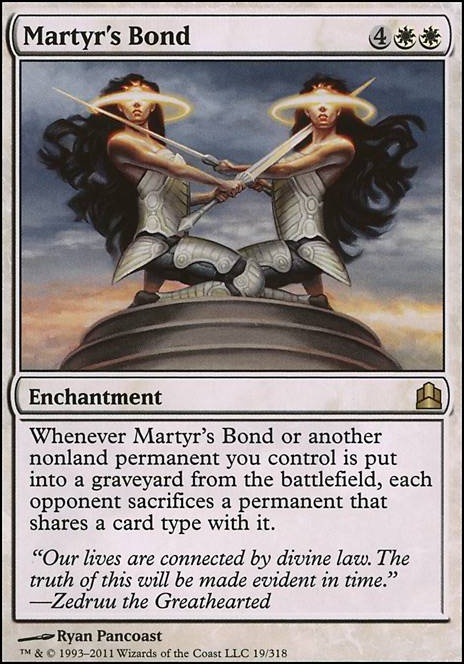 Whenever Martyr's Bond or another nonland permanent you control is put into the graveyard from the battlefield, each opponent sacrifices a permanent that shares a card type with it. 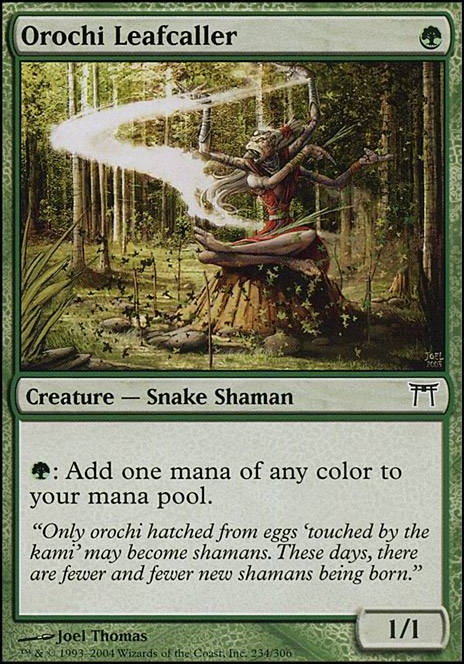 Wow, this deck brings back memories. My wife used to play a deck she called 'Stopping Power!'; facing off against it was brutal. Some fun, budget additions I can think of (based on that deck):

I also have a Negan list. I focus pretty much entirely on treasure, and I feel like every deck that focuses on treasure and has white should be running Martyr's Bond. It's basically Dictate of Erebos, except it triggers for every permanent type, including tokens of those types, making it have excellent synergy with treasure. It's also especially good if you're running Academy Rector, because if you're going to cheat the mana cost anyway, why not search for a card that has a strictly better effect?

To me this reads a lot more like a "I scale my removal to affect all opponents" even though it obviously works like a mostly symmetrical Martyr's Bond whenever an opponent otherwise loses a nonland permanent.

Just a minor thing but maybe it should say "Whenever a nonland permanent an opponent controls is put into the graveyard from the battlefield..." to follow the same wording as Kothophed, Soul Hoarder? It's not strictly needed as permanents only exists on the battlefield - whereas they would otherwise be referred to as permanent cards for all other zones. 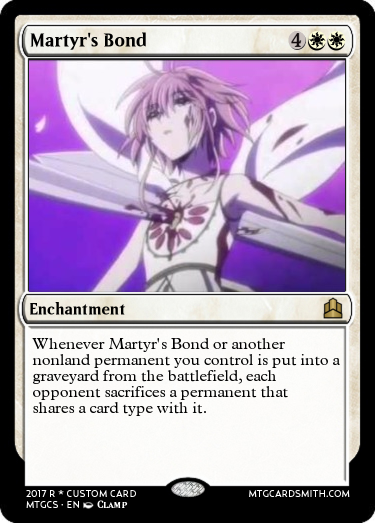 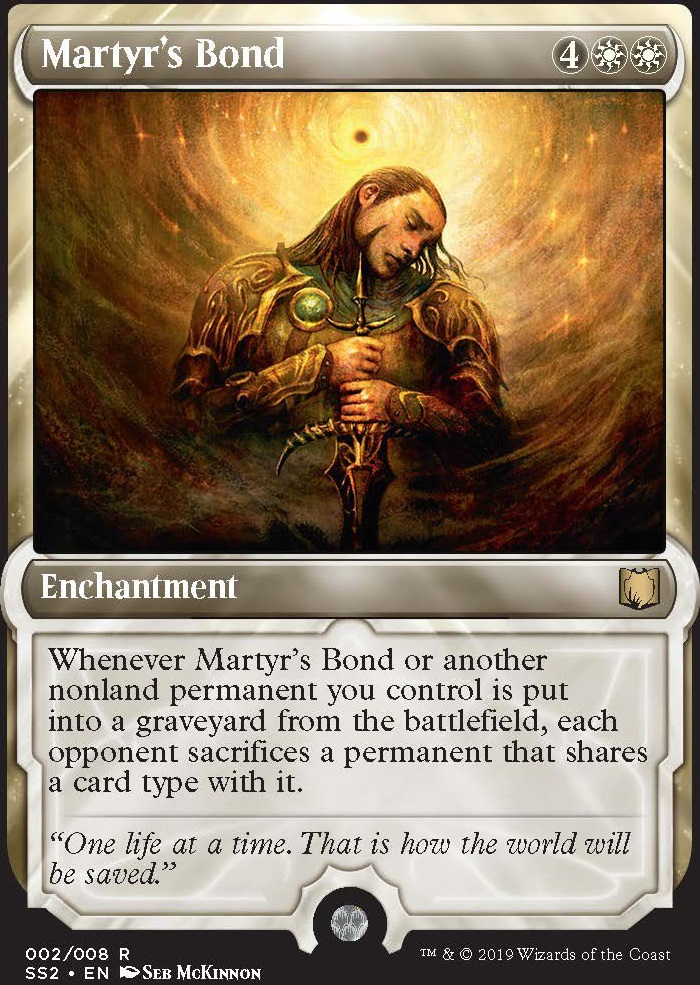 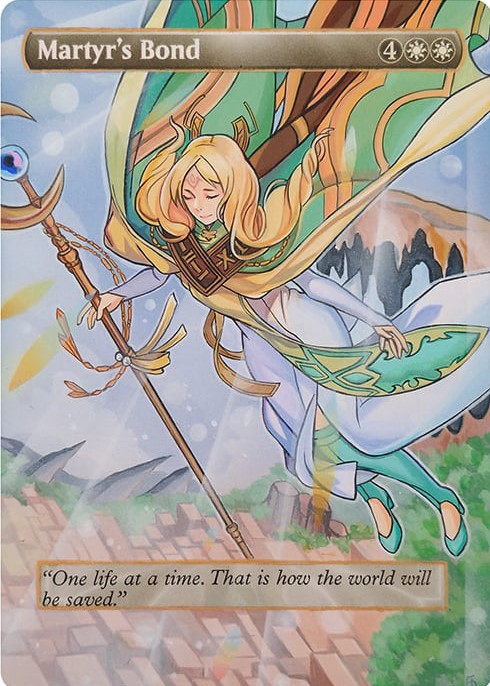