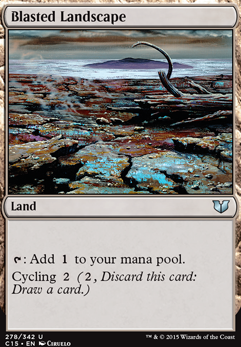 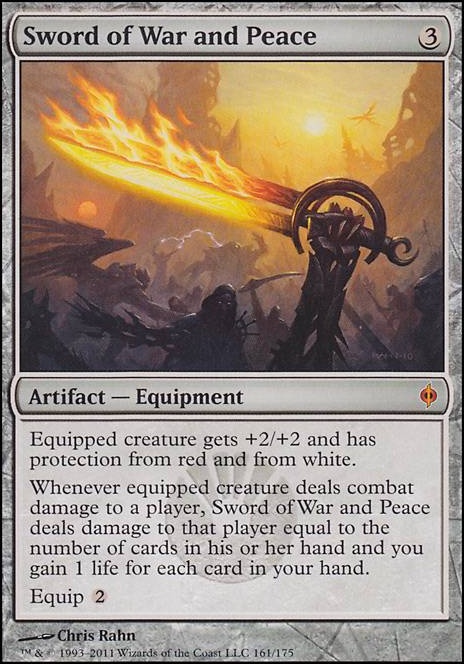 This pretty closely resembles the original cycling precon. If you're looking for quick and easy ways to improve the deck, you can always just take a look at the EDHREC pages for cycling decks and Gavi decks. Oh, and you might wanna consider adding Blasted Landscape. And did you know that you can actually add the accent (or whatever it's called) over the 'u' in Motley CrÃ¼e?

Frog decks used to run them for a while since they were somewhat useful in (but not fully necessary for) loops and helped grind some value, but they were always the weakest lands in the list. As new cards have been printed, the deck and the meta overall have gotten faster and new innovations have made running lands that enter tapped extremely detrimental to the game plan. Once MH1 and War came out, Nurturing Peatland, Prismatic Vista, and Emergence Zone made them completely obsolete in the budgetless competitive build. The only one you might occasionally see running around is Blasted Landscape (since it's the only one that enters untapped), but that is usually from someone's personal taste.

Now that Flash is banned, the meta may shift in a way that Frog decks will want more grinding power (i.e. stax will return), so people may choose to run them, but the default is definitely still to forego running them.

All the signets and talismans. Chromatic Lantern and Arcane Signet are the only two I'd keep (even Arcane Signet is kind of lackluster when you're playing green, but in a three-color deck it's justifiable.) I'd tweak your lands a bit to add a few more forests. These spells will help you make sure you get your other colors. Blasted Landscape could probably go. You need all the colored mana you can get with Riku. Mirrorpool might even be a little hard to keep, since you need colorless to activate it.

What are the Snow-Covered Islands for? You're not running Extraplanar Lens or Scrying Sheets .

Cool deck! I have been wanting to build myself an eldrazi deck like this once I get the time and money to do so.

Out of curiosity, why Panharmonicon ? It only works with 3 of your creatures ( Thought-Knot Seer , Pilgrim's Eye , and Solemn Simulacrum ) and none of your artifacts. Is there some combo that I am missing?

Also, I'd suggest Ugin, the Spirit Dragon (if your budget allows it) as a great board wipe in colorless decks, Arcane Lighthouse as a strictly better Detection Tower , Blasted Landscape as a flexible draw option, and Urza's Incubator to further reduce the cost of your eldrazi.