Target creature can't be the target of spells or abilities your opponents control this turn. If Vines of Vastwood was kicked, that creature gets +4/+4 until end of turn.

Vines of Vastwood occurrence in decks from the last year 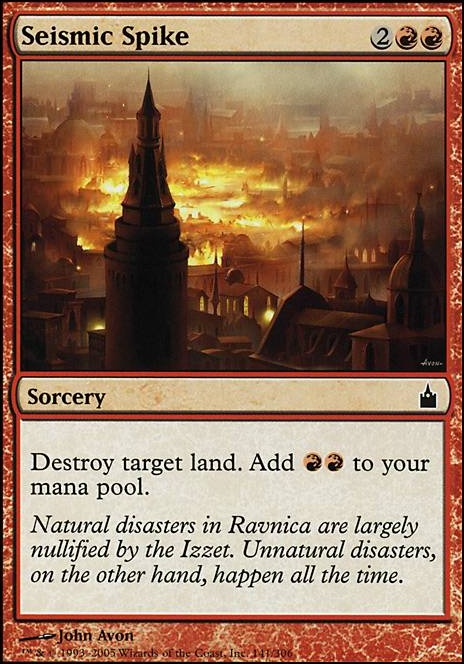 Feed the Beast
by NoopyNolife 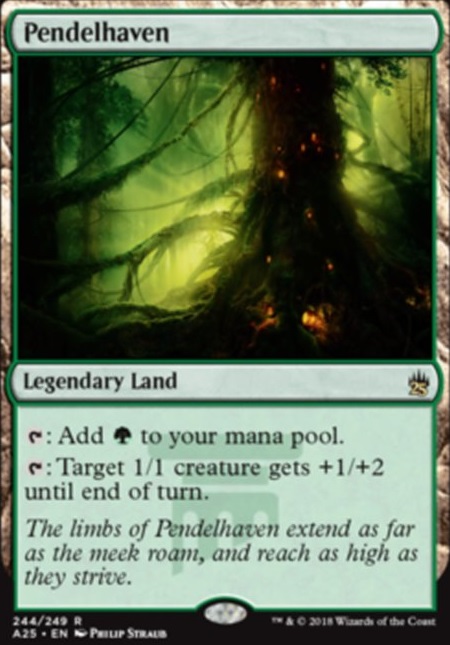 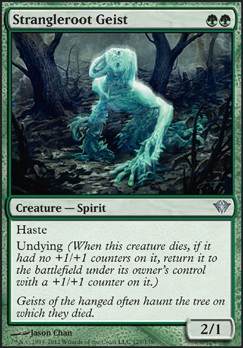 I think you need pump spells, and to just run somewhere between 10-16 good evasive or cheap infect critters.

I'd like to recommend Vector Asp, even though you have to pay for the infect, you still need something on the battlefield on turn 1.

Aphotic Wisps can make an attacker unblockable against many decks, kind of like how traditional infect decks use Distortion Strike.

Boon of Erebos or Unnatural Endurance can save creature from removal and give additional damage, essentially the role Vines of Vastwood and Blossoming Defense play in traditional infect decks.

Virulent Swipe and Vampire's Bite are probably the best one-mana pump spells black has. For 2-mana, there's Grotesque Mutation, but that's about all black has for spells that add 3 or more power.

Gidgetimer on When is damage dealt to ...

I mean they could have been trying to bait out interaction to respond with a kicked Vines of Vastwood. The main thing is that "that's it" or "I'm done" or really any number of things that indicate that you are passing priority multiple times are only binding if no one else does anything.

Hey, consider enchantment tutors? Enlightened Tutor, Sterling Grove, Idyllic Tutor, even Open the Armory and Heliod's Pilgrim for auras. Consider Siona, Captain of the Pyleas and Shielded by Faith? This combo would give you an alternative win condition that has synergy with the rest of your deck since Faith is fine with Rafiq. Sovereigns of Lost Alara + Eldrazi Conscription is good late game interaction with Rafiq.

I think lots of spells that only pump Rafiq once is wasting a lot of spots in your deck. Other than Berserk as well as Vines of Vastwood and Blossoming Defense which are also protection, the other spells could be cut especially the sorceries for cards that give repeatable pump/abilities, more draw, protection/opponent disruption.

Farseek and Nature's Lore can get dual lands making them land ramp spell upgrades for Rampant Growth and Kodama's Reach.

do you have problems with removal? id suggest Apostle's Blessing if you do. or Vines of Vastwood. if you decided on an infect tweak, Inkmoth Nexus Blighted Agent with Invigorate is beautiful. giving your opponent life means nothing if you are going for the 10 poison counter win. Im also a fan of Groundswell for the landfall trigger.

Hey Arie, I've had a look and I must say, impressive deck! Especially the Medomai combo is pretty sweet! I also like the unconventional card choices as I've found they are justified regardless. Can I suggest Heroic Intervention as a means to protect your stuff or do you absolutely require pump for those effects (e.g. Vines of Vastwood)

TypicalTimmy, Playing xenagos quickly is integral to this deck working. A single Counterspell sets us back 2 turns and allows people to set up their Rhystic Study, Fact or Fiction, and other big draw spells, digging for more answers and keeping us from resolving our game plan. Youâll find Cavern of Souls in hypercompetitive The Gitrog Monster decks for this same reason.

Profet93 I think youâre going about solving your meta in a less efficient way. If removal is your issue, I would double down on protecting your 1 big threat, not trying to throw more 5-10 mana threats at 1-2 mana spot removal, this is a battle they are going to win. Try things like Blossoming Defense, Vines of Vastwood, etc. if counterspells are your issues, then Red Elemental Blast, Reverberate, Prowling Serpopard, Domri, Anarch of Bolas are your friends.

With respect to your creature suggestions: yes you can run Kozilek, and other Hydra Friends, but to win consistently, you want T3 Xenagos, and T4 Beater. Past T6, this deck gets a lot worse and if you are stuck with a Kozilek as your only threat in hand for T4-7, you lost your battle. Hydras are the similar, they are CRAZY good when you sink 12+ mana into them, but eh when you have 3 lands and a Sol Ring. We need things that swing the fences for 6 mana every time, like Godo, Malignus, and the Infect creatures. Also Godo+Embercleave takes and extra combat with Godoâs ability. Itâs the best beater with Xenagos.

I ran a Tooth and Nail package in my Xenagos for a while but dropped it because of the 9 cmc to play it. If Xenagos was out, I went for Archetype of Endurance and Blightsteel Colossus for a auto kill. Without xenagos it was blightsteel and Urabrask. But that leaves us with 3 cards that are too expensive and one that is good but not great for the deck. Not saying you canât do it, but I chose against it.