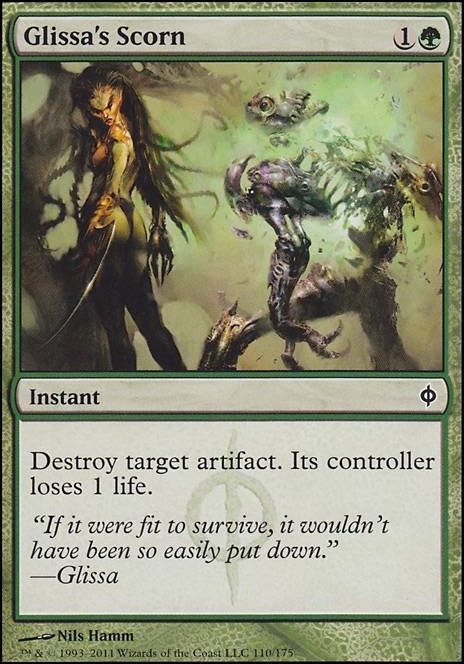 I think the Mycosynth Lattice can be swapped for Glissa's Scorn. You will be controlling the field enough to expect your opponent to be pretty far behind. Unless you were overwhelmed, I don't think Mycosynth Lattice would really give you any real benefit that having another instant for the Isochron Scepter wouldn't give. Outside of that, it looks good!