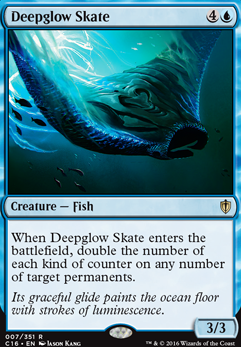 When Deepglow Skate enters the battlefield, double the number of each kind of counter on any number of target permanents.

Deepglow Skate occurrence in decks from the last year

Golos: What a legend
by BennyBoy12 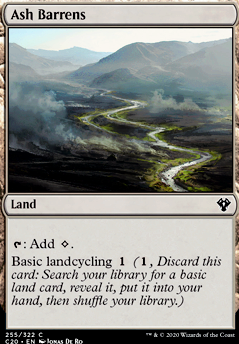 RNR_Gaming on Which Card Should Replace Temple ...

Well one more suggestion seeing as you have Doubling Season and Deepglow Skate if your not opposed to an ultra value synergy Jace, Architect of Thought has what I feel is the single best ultimate in edh and popping it off usually means victory or insurmountable value.

I used to play Ghave in a similar fashion but found myself being targeted nonstop thanks to Ghave's reputation. If that ever becomes a problem, consider Reyhan, Last of the Abzan

at the helm instead to help float under the radar.

Cool deck!!
Your commander would make me want to play Deepglow Skate just so i can see his ultimate go off. It would require a lot of mana to get there though.

Glad I could help! You might want to take out Undying Evil since it won't work if Ukkima has counters. Also I think Vampiric Link is overkill on the lifegain front haha.