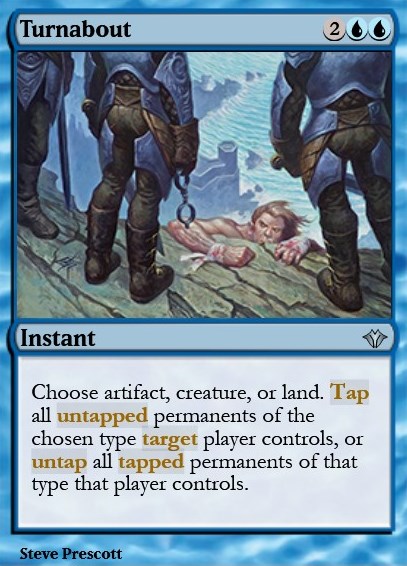 Because you're playing Veyran, consider Krark, the Thumbless ? He almost made my Kalamax budget version that isn't playing Veyran. He's amazing with Veyran, giving you more flips, more chances to copy the spell you cast which triggers Veyran more.

Reiterate combos with Turnabout for infinite mana, infinite copy and infinite casts of Reiterate with buyback. Kalamax helps to reduce the cost of this combo by first copying Turnabout.

The precon has zero counterspells. You've added Reinterpret , but consider a few more lower CMC counterspells such as Counterspell , Stubborn Denial and Red Elemental Blast ? Tapped Kalamax copies an instant counterspell which is extra protection for Kalamax or for your spell to resolve. Making some room for Counterspells is important if you're trying to assemble combos that could win you the game.

The mana curve is a little high at 3.4. Some cards in the precon that in my opinion could be upgraded with lower CMC cards:

Other cards that could be upgraded:

I offer more advice in another comment. Good luck with your deck.

Chats you are right in thinking that to improve this decks power will be a case of throwing in high power instants and sorceries such as the best tutor cards. This list is just a version that enables strong play on a budget (I am resisting a urge to throw my Mana Drain into the deck), please feel free to upload your more competitive version of the deck.

Hey, have you checked out cards from Strixhaven and Commander 2021 yet? The sets are pretty amazing for Kalamax because of new mechanic magecraft.

Reiterate was just reprinted in Time Spiral Remastered. It's down to less than $2 at TCGPlayer. It's another Fork that can infinite combo with Kalamax as well as infinite mana with Turnabout .

Lanzo493 on Creatures to copy with Riku?

This time I won't be making bad suggestions. How about Twinning Staff ? You get twice as many copies of your instants and sorceries with it. Maybe more if you have extra mana. Jeska's Will is a fantastic card to copy. Mythos of Illuna and Second Harvest let you make token copies of things already on the board. Mystic Reflection can do that, too, while also doubling as a fancy removal spell. Turnabout can give you a huge boost in mana for copying shenanigans. Agent of Treachery is one card that can lose you friends for copying it. The same is true for Terror of the Peaks . Nyxbloom Ancient while you're at it.

Cool deck!! I love the theme.
Seems like if your deck works then you might end up with a bunch of large creatures without evasion or trample.
This makes me think of Akroma's Memorial , which i probably wouldnt run bc of the cmc. But Turnabout is another useful card to tap down your opponents blockers so you can swing in for the finish, or untap your lands for more mana.
Also i would consider Caged Sun , having a mana doubler can be massively impactful.
Finally Training Grounds would be great. This card used to be way cheaper, now its pretty pricy.
Anyway just some thoughts, cheers and have fun!!!

Oh also -- stuff like Turnabout but actually legal in your deck would be good. Anything that untaps either all your creatures or all your lands -- even a Seedborn Muse would be good.

Yeah Doublecast I donât like, itâs a sorcery (yuk) canât even integrate in while combining, Fork feels better. Twinning Staff good because your already focusing around Spell Copy synergy, doubt youâll ever use itâs activated ability. Fury Storm good in a Spell Copy variant is RR with 2 Experience, if itâs copying itself like 3 times though something really going strange in the game lol that youâve cast Mizz that much, so expect itself and 1 copy most of the time!

Gilded Lotus is ok with Dramatic Reversal if you can get it off a Seething Song or something. Mana Crypt not necessary at all in EDH, if you want to enter cEDH probably will need including the free counters, but you can be high power easily without them for sure!

Kick the tires on Pirate's Pillage as well, does infinite with Reiterate and probably some of the copy stuffs.

Iâm worried youâll have hands with like 4 copy spells, but no spell to copy lol. Or like 3 draw X spells and nothing to build experience.

Tezzeret's Gambit Iâve enjoyed, gets me the Experience (2) that I need to start most Reiterate combos. Like a Turnabout puts one on the stack and an in response Reiterate puts the 4th as an example, plus can put a counterspell or something in my hand as well.