Target player reveals their hand. You choose a nonland card from it. That player discards that card. You lose 2 life. 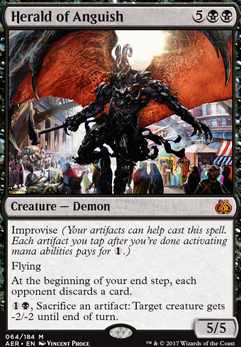 The first step to improving this deck I think is to add 1 drop instants and sorceries to max out the potential to play a spell from the graveyard every turn with Kess, Dissident Mage. Brainstorm Lightning Bolt Thoughtseize etc.

It is all good amigo! We all have to start somewhere! Happy to help a ninja out! Also, since you are playing black, I would Say to add some sort of low CMC disruption spell like Thoughtseize or Inquisition of Kozilek. Path to Exile is also a highly used card in Modern Play.

baddabiiing, thank you for the suggestion! You have a good point, I have included Thoughtseize 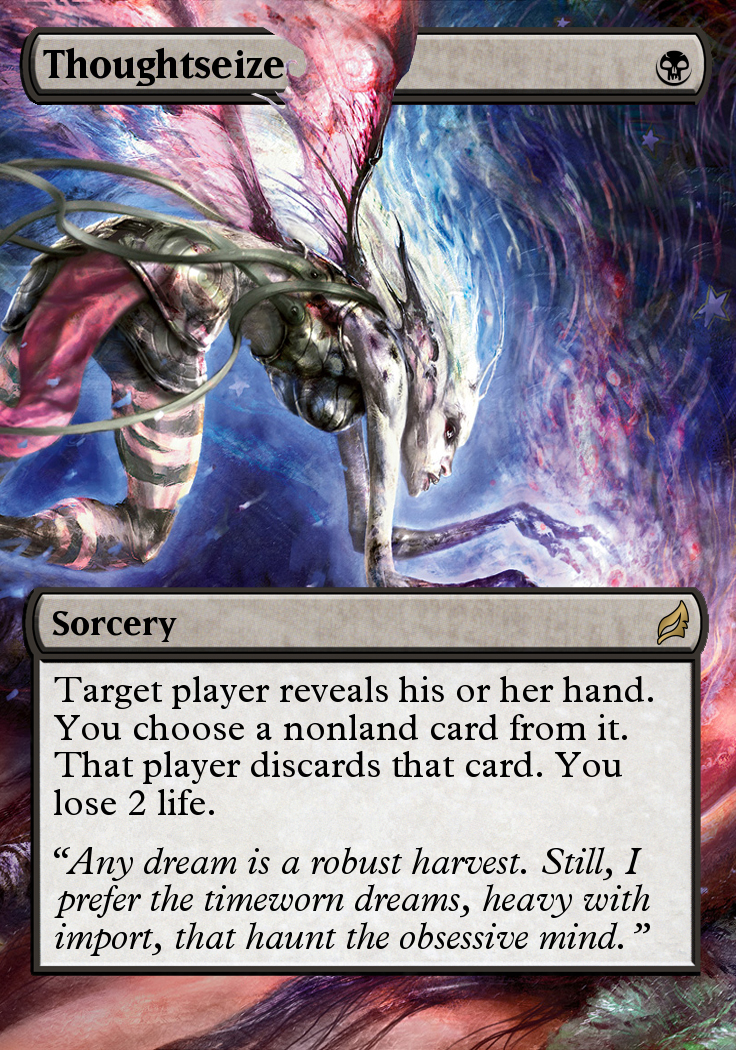 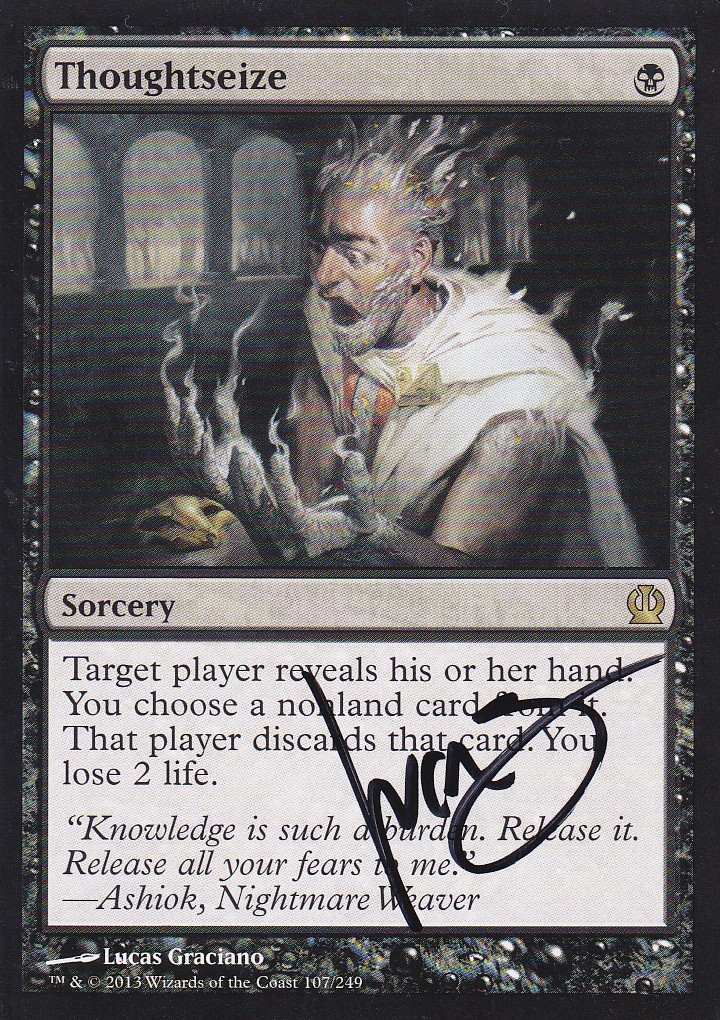 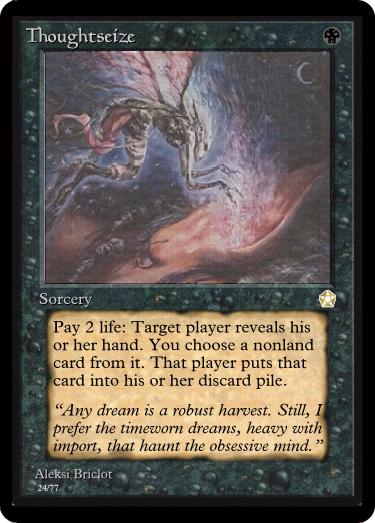 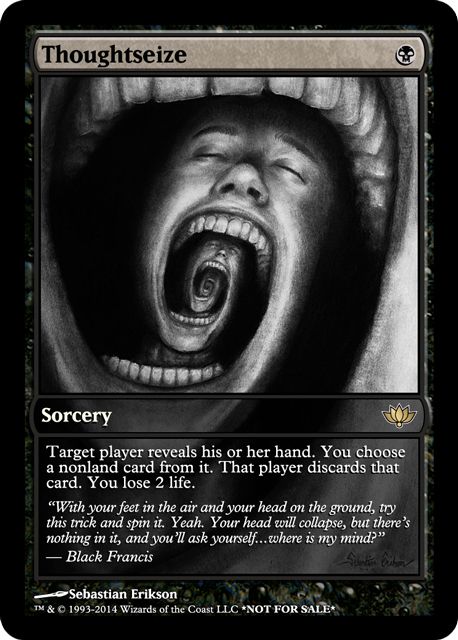 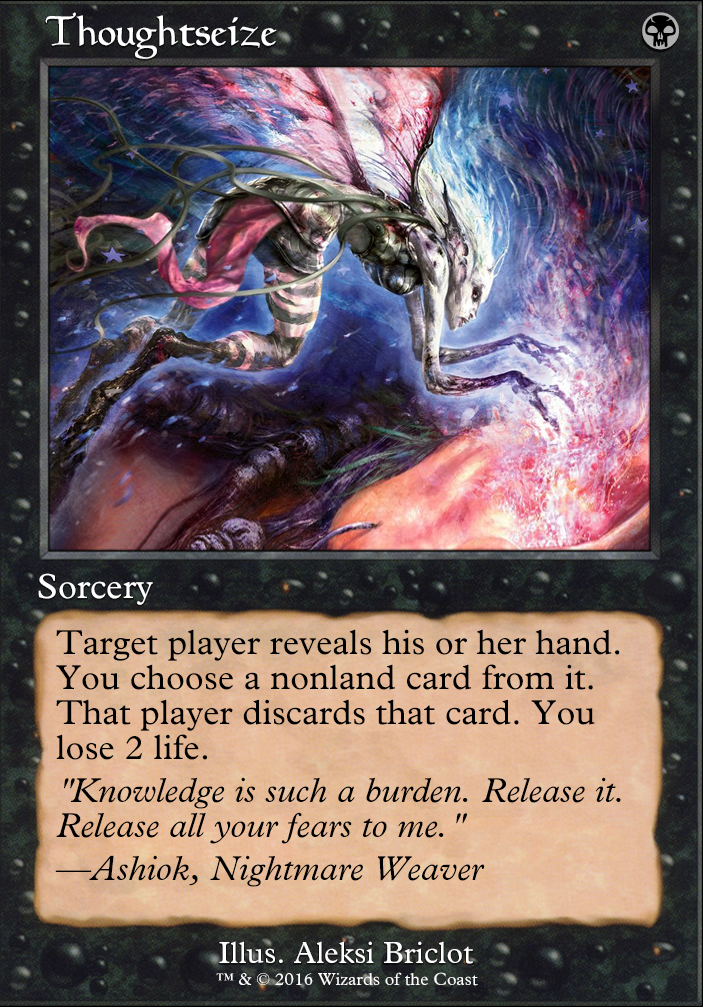 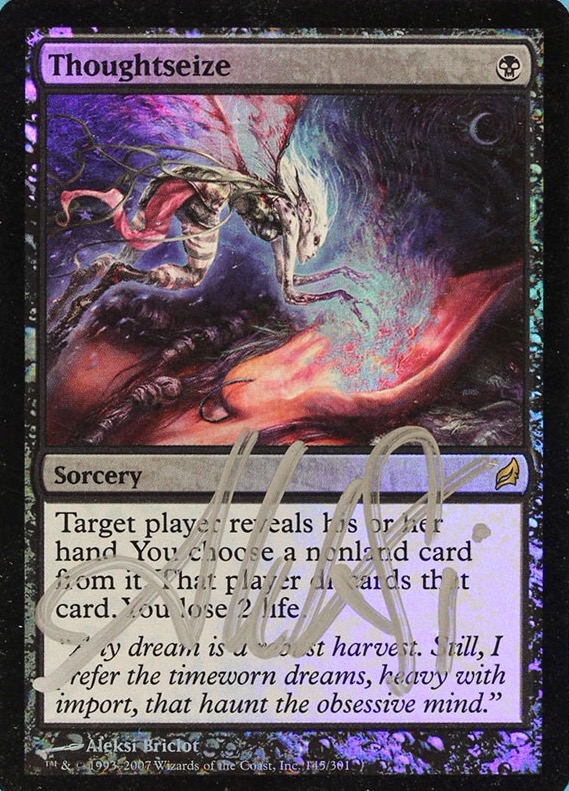 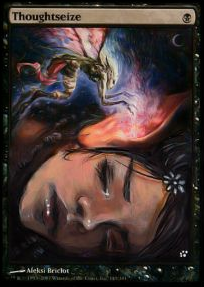 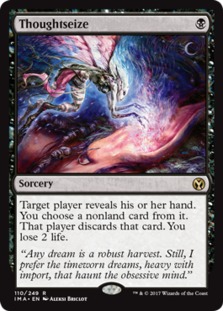